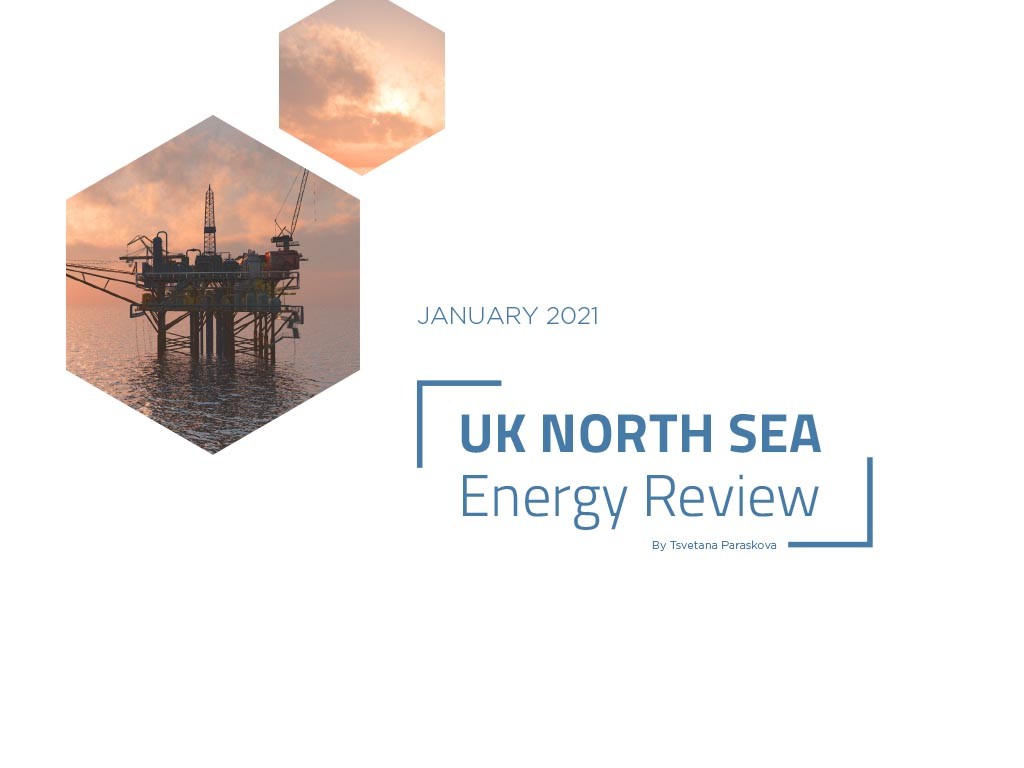 The timeline for the long-awaited North Sea Transition Deal, the UK’s Ten Point Plan for a Green Industrial Revolution, annual reports and surveys from industry, new field start-ups, and corporate contracts marked the past month in the UK North Sea oil and gas.

The UK’s Prime Minister Boris Johnson unveiled in November the government’s Ten Point Plan for a Green Industrial Revolution, expected to mobilise £12 billion of government investment to create and support up to 250,000 highly-skilled green jobs in the UK, and spur over three times as much private sector investment by 2030.

“Our industry is already in action, evolving and contributing. We were one of the first major sectors in the UK to embrace the Government’s target to achieve net zero emissions by 2050.”

“The good news for jobs and the economy is that with the right support, companies based here in the UK have the expertise to make us world leaders in tackling emissions, including through carbon capture and hydrogen production, both of which are key to the clean energy system of the future,” Michie added.

In December, the UK government published the Energy White Paper for the road to net zero, committing to agreeing a Sector Deal with the offshore oil and gas industry to secure the sector’s long-term future consistent with net zero.

“We will agree a transformational North Sea Transition Deal with the industry during the first half of 2021, focused on the economic opportunities of net zero and providing support for the people and communities most affected by the move away from oil and gas production,” the government said.

In making its energy policies for the future, the government should seek more evidence from academic experts, governments abroad, social scientists, consumer groups, independent government agencies, and civil society at large, the Institute for Government said in a report in early December. The UK government should also seek a diversity of perspectives and open up its energy models to peer scrutiny, the report recommends.

The leading offshore oil and gas industry body, OGUK, published its Economic Report 2020, which showed that oil and gas produced in the UK would continue to support energy security in the decades to come, but as part of a changing and cleaner energy mix.

Despite the many challenges brought on by the pandemic, oil and gas production in the UKCS is expected to remain in 2020 at around 2019 levels of almost 1.7 million boepd. However, just six exploration wells were spudded in 2020, the lowest on record, OGUK’s report showed.

UK emissions dropped by an estimated 10.2% in 2020, mainly due to the effects of lockdowns. Achieving the carbon capture utilisation and storage (CCUS) goals could require around £2–2.5 billion by 2030 to develop transport and storage infrastructure, the industry body said.

“Utilising the expert technical knowledge that exists within the substantial UK oil and gas supply chain is fundamental if we are to evolve toward a lower-carbon future,” OGUK’s Michie commented on the report.

OGUK also published its Decommissioning Insight 2020 report, which found that as company expenditure is under increased scrutiny, around £500 million of expenditure has been removed from operator budgets for 2020-2022. The expected spending for 2020 is £1.08 billion, down by 30% from plans for £1.47 billion in early 2020. Reductions in expenditure have affected the supply chain, and reduced activity is now expected across almost all areas of decommissioning work during the next three years.

“This year, we have seen the decommissioning sector demonstrate resilience, determination and innovation in its response to considerable challenges. We will need all these qualities to ensure we can play our role in the energy transition, enabling us to seize the opportunities presented by energy integration, carbon capture and storage and innovation in low-emission decommissioning,” Katy Heidenreich, Supply Chain & Operations Director, OGUK, said in the foreword to the report.

IPPR, the Institute for Public Policy Research, the UK’s leading progressive think tank, said in a report in early December that the UK and Scottish governments should work together to set clear five-yearly targets to reduce oil and gas production, consumption and exports over time, in line with the net-zero targets and the Paris Agreement.

A managed transition toward a Net-Zero North Sea “will also require the building of bridges out of the sector for the workers and businesses who will be affected and the right investment and support for the wider communities who will also be affected,” IPPR said.

“The UK’s changing offshore oil and gas industry has the essential expertise to develop critical net zero solutions, including CCUS and hydrogen. At the same time, our ambitious emissions reduction targets mean we can meet the existing but declining need for oil and gas with resources produced in the UK and with fewer emissions.”

The Oil and Gas Authority (OGA) said on 2 December it had launched a study to identify the value of an energy hub on the Norfolk coast. OGA has already carried out a preliminary assessment of Bacton as the site. The study is intended to deepen understanding of whether it is a suitable location for using existing gas reserves as a transition fuel to produce blue hydrogen as an initiator for progression to green hydrogen generation.

Business confidence among the North Sea oil and gas industry dropped in 2020 to the lows last seen in the 2015 downturn, according to the 32nd Oil and Gas survey, conducted by Aberdeen & Grampian Chamber of Commerce in partnership with the Fraser of Allander Institute and KPMG UK. The findings, which cover the six months to October 2020, highlight the industry turmoil during the year.

More than three quarters of businesses, or 78%, are less confident about activities going forward, while only 1% are more confident. A total of 58% of contractors expect the outlook to worsen in 2021, with licensees and operators reporting similarly low confidence levels both now and in the year ahead, the survey showed. As much as 82% of contractors expect a decline in revenues in 2020, while 83% of contractors furloughed employees in 2020. While the extent of the 2020 reductions to workforce was not as severe as in 2016, around a fifth of surveyed firms expect to make further reductions in 2021, according to the survey.

But 69% of contractors expect to be involved in renewables in the next three to five years, the survey also showed.

“COVID-19, global uncertainty and a renewed push for climate action is impacting us all, but I believe the oil and gas industry has done as much as it can to mitigate any short-term damage and focus on long-term survival and sustainable growth as its diversification into green energy activities continues,” said Martin Findlay, senior partner with KPMG Aberdeen.

bp and partner Ithaca Energy started up at the end of November the Vorlich project, a Central North Sea subsea tieback, and the third major upstream project to come online for bp in 2020. The field has been developed through two wells with peak production expected to reach 20,000 barrels oil equivalent gross per day.

“This is bp’s new strategy at play and the latest chapter in our resilient hydrocarbons story ̶ a great example of the fast-payback, high-return projects the company is focused on,” said Emeka Emembolu, bp senior vice president, North Sea.

Deltic Energy Plc said at end-November that it was starting to engage with a number of its peers and operators with interest in the Southern North Sea licence P2428, which contains the Cupertino Prospect, with the aim of attracting partners to assist in opportunities towards drilling.

Jersey Oil and Gas plc said at the end of November it had entered into a conditional agreement to buy CIECO V&C (UK) Limited from ITOCHU Corporation and Japan Oil, Gas and Metals National Corporation (JOGMEC).

In mid-December, Jersey Oil and Gas updated the market on its Greater Buchan Area exploration and licensing activity. Four of the prospects have been matured to drill-ready status: Verbier Deep, Cortina NE (J64), Wengen (P2170), and Zermatt (P2497). Subject to funding, a drilling campaign is planned from 2022. In the success case, development would be made via short distance, subsea tiebacks to the planned GBA facility, Jersey Oil and Gas said.

CGG and Magseis Fairfield announced their completion of the 2020 acquisition of the largest OBN survey ever acquired in the North Sea. The OBN Cornerstone 2020 multi-client survey in the UK Central North Sea began in March 2020 and has already received significant industry interest and prefunding, CGG said on 26 November.

Hibiscus Petroleum provided an update on the Marigold Field Development Plan pertaining to the Crown Discovery. The project’s final investment decision (FID) has been delayed and is now expected around the end of March 2021, instead of by the end of December 2020, the company said.