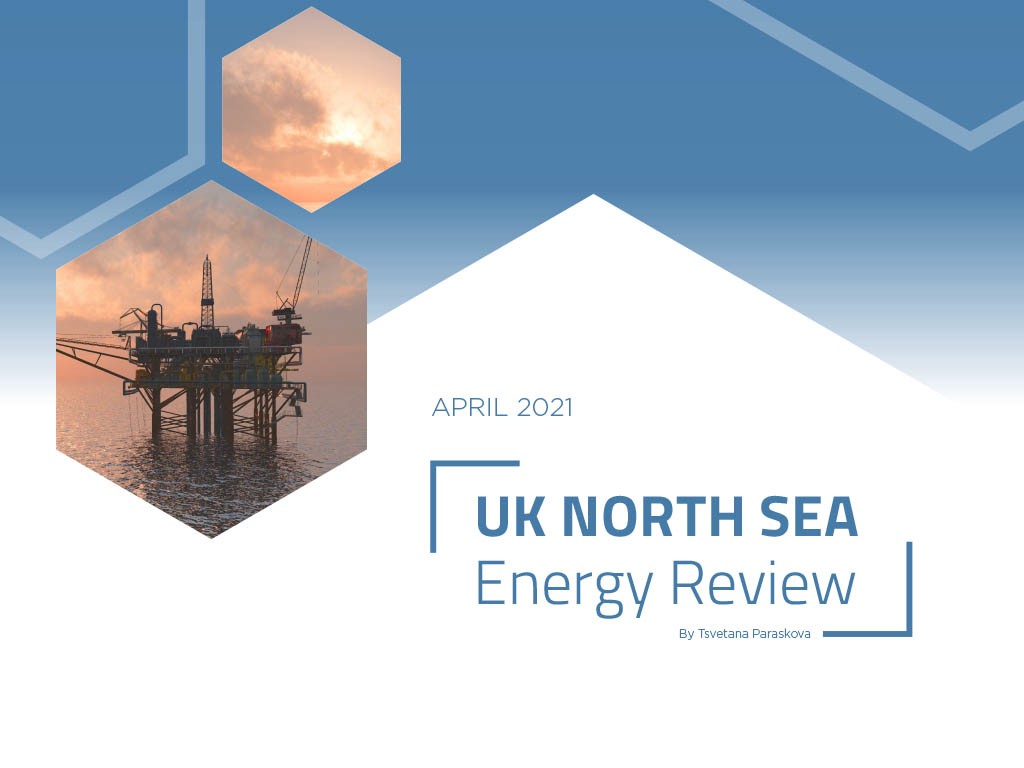 Reports of UK ministers considering a possible ban on new exploration licences, industry reviews and forecasts for the UK oil and gas sector, government decarbonisation plans, mergers and acquisitions, and drilling and field development updates were the key themes in the UK oil and gas industry this month.

UK ministers are considering the possibility to ban new offshore oil and gas exploration licenses as a range of options for a potential change in the licensing regime, The Telegraph reported in the middle of March. A decision is expected to be taken soon, an industry source told The Telegraph. Options under consideration reportedly range from ending the issuing of licenses in 2040 to an immediate temporary pause in license issuing, or no changes at all, The Telegraph reports.

“Any curtailment of activity by licencing constraints risks impeding the UK’s ability to deliver a net-zero future, damaging our domestic supply chain and increasing energy imports whilst exporting the jobs and skills.”

Responding to a question about the possibility of no new licences in the North Sea, Scotland’s First Minister Nicola Sturgeon said during Question Time in Parliament that while Scotland’s transition away from fossil fuels “is well under way, but we need to do it in a way that supports people into new employment instead of leaving them unemployed and that does not substitute our energy for increased imports that add to our carbon footprint.”

OGUK published in March its Business Outlook 2021, offering a first glimpse into the oil and gas sector’s ability to recover from the horrendous 2020.

A total of £11.6 billion was spent on the development and operation of UKCS oil and gas resources and infrastructure in 2020, down by 23% from the £15 billion spent in 2019, and the lowest total expenditure since 2004. Spending will remain low this year, but it could see a slight rise compared to 2020, OGUK said, anticipating spending at between £11.4 billion and £12.4 billion.

UK oil and gas production declined by 5% in 2020, with oil output falling by 7% and gas more stable at a less than 1% decline, OGUK’s report showed. OGUK expects that production will decline further in 2021 and 2022, with a fall of between 5–7% anticipated per year.

“It is likely that following recent increases, the basin is entering a period of longer-term production decline and a steady stream of investment in new fields is required to ensure the effective management of decline rates,” OGUK said.

Supply chain companies are still under pressure and it is likely that the sector will see increased levels of acquisitions and consolidations as companies restart sales processes post-COVID, the industry association noted.

“The sector continues to face huge challenges, but however difficult they are to overcome, they are surmountable. Through collective working and shared commitment from industry and government, with the North Sea Transition Deal at its core, we can build a sustainable recovery and help to deliver the climate change ambitions of the UK,” Deirdre Michie, Chief Executive of OGUK, said in the foreword to the report.

The UK oil and gas industry welcomed measures to support green energy transition in the Budget Statement from early March.

“Central to all of this is the North Sea Transition Deal reaffirmed by the Chancellor today. Having powered the country for over 50 years, the UK’s oil and gas sector’s energy expertise is crucial to developing the green innovation required to see the UK achieve net-zero emissions by 2050,” OGUK’s Michie said.

The Government’s Industrial Decarbonisation Blueprint unveiled on 17 March is a key opportunity for the UK supply chain, OGUK said in response to the strategy. Sustainability Director Mike Tholen commented:
“Many of our members are already active in decarbonisation projects and committed to bringing carbon capture and storage, hydrogen and offshore floating wind projects to life across the UK. This industrial decarbonisation strategy will help accelerate progress in net-zero incubator projects as well as enabling our world-class supply chain to develop new low carbon solutions.”

“We welcome the commitment to carbon capture and storage and the increasing role of hydrogen in the Industrial Decarbonisation Strategy and will continue working with industry and government to help reduce emissions.”

Flaring in the UK North Sea declined by 22% annually in 2020 as production facilities cut the overall volume to 33 billion cubic feet (bcf)—the lowest level of flaring on the UKCS on OGA records.

“Reasons for the cut - which saw a year-on-year fall in every month - vary from field-to-field but include increasing use of flare-reduction technology on some platforms and fewer planned shutdowns, making 2020 a particularly low flaring year,” OGA said.

“With CapEx spend expected to grow modestly in 2021, the oil price recovering and demand growing as the vaccine rollout programmes continue and the UK and other economies emerge from lockdowns, the stage is being set for a broader industry recovery in 2021 and beyond. Two months into the year, it is encouraging to see signs of this recovery emerging, with acceleration expected in H2 2021 and 2022 and beyond,” Derek Leith, EY Global Oil & Gas Tax Leader, and Celine Delacroix, EY Global Oilfield Services Leader, wrote in the report.

The UK is expected to drive the upcoming oil and gas projects in Europe, accounting for about 25% of the total projects which are likely to start operations by 2025, data and analytics company GlobalData said in a report. The proposed Rosebank project west of Shetland and the midstream project Deborah for underground storage of gas are some of the key expected projects.

“The shallow waters of the North Sea will continue to drive the growth of upstream production projects in the UK. The upcoming projects’ list has a good mix of both oil and gas developments and will help the country to continue to meet its oil and gas needs and reduce reliance on imports,” said Soorya Tejomoortula, Oil & Gas Analyst at GlobalData.

Several mergers and acquisition deals have also advanced over the past month. ExxonMobil agreed to sell most of its non-operated upstream assets in the UK central and northern North Sea to NEO Energy for more than US$1 billion.

Through the acquisition, NEO Energy will double its production, and following completion, NEO’s expected pro-forma 2021 production will be around 70,000 barrels of oil equivalent per day (boepd), growing organically to more than 80,000 boepd in 2024 through ongoing field developments.

NEO Energy also announced it would buy independent oil and gas company Zennor Petroleum, which includes a portfolio of assets located in the Central and Northern North Sea. Through the acquisition of Zennor, NEO will take ownership of a quality portfolio of assets centred around the strategic Britannia and ETAP production hubs.

Waldorf Production signed a deal with Cairn Energy for the acquisition of Cairn’s non-operated 29.5% interest in Kraken and 20% interest in the Greater Catcher Area licences.

“The latest acquisitions continue what has been blockbuster start to the year for UK M&A with buyers (and sellers) buoyed by the recent recovery in prices,” Neivan Boroujerdi, principal analyst, Europe upstream, at Wood Mackenzie, said, commenting on the recent deals.

WoodMac reckons there could be up to another US$5 billion worth of assets changing hands this year.
“Despite the UK’s maturity, the deals highlight the attractiveness of the country’s relatively low headline tax rate, which enables assets to generate significant free cash flow at current prices,” Boroujerdi said.

In another asset deal, EnQuest has signed an agreement with Anasuria Hibiscus UK Limited to farm down an 85% working interest in, and transfer operatorship of, the Eagle discovery. EnQuest will keep a 15% non-operating working interest.

Centrica said in its preliminary 2020 results it still intended to sell Spirit Energy.

i3 Energy plc announced it planned to declare a maiden dividend in Q1 2021 and continued discussions with a potential farm-in partner for the Serenity discovery.

DNV GL has won a three-year contract by Total E&P UK to provide multiple services across the full portfolio of Total’s oil and gas assets in the UK North Sea.

Jersey Oil and Gas has selected the concept development for the Greater Buchan Area (GBA). The three-phase development is centred around a single integrated wellhead, production, utilities and quarters platform located at the Buchan field - the GBA hub.

Aberdeen-based integrated solutions specialist EnerMech said it would grow its UK operations after securing eight new contracts in the first three months of 2021. The campaigns are a combination of new and extended contracts and will be split across its bases in Aberdeen, Scotland and Great Yarmouth, England.

Union Jack Oil has bought from Cambridge Petroleum Royalties a 2.5% cash generating royalty interest of the revenues from oil and gas production from the Claymore, Piper and Scapa oilfields in the Central North Sea.

Serica Energy spud on 17 March the Columbus 23/16f-CDev1 development well in the UK Central North Sea. The well is being drilled with the Maersk Resilient Heavy Duty Jack Up rig and is expected to take around 70 days.