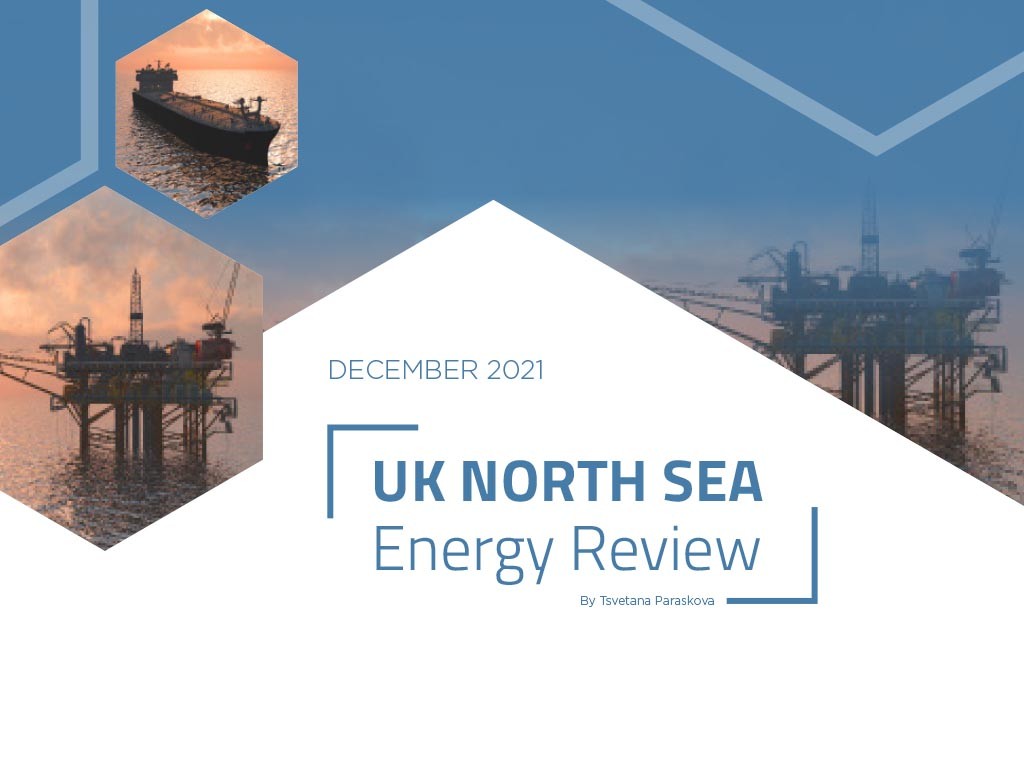 Exploration and production of oil and gas from the North Sea is still needed if the UK is to meet its energy needs, while ensuring a successful energy transition to net-zero, the Chairman of the Oil and Gas Authority (OGA), Tim Eggar, said at a conference at the end of November.

“If we need to be reminded of their importance to daily life, we only have to look back a matter of weeks, when we saw long queues at petrol stations and a gas crisis which brought the prospect of higher gas bills for millions of consumers. Security of supply is back in vogue – not before time,” Eggar noted.

According to OGA’s analyses, domestic gas production has less than half the carbon footprint of imported liquefied natural gas (LNG), OGA’s chairman said.

“In fact, we can produce gas with a lower carbon footprint than almost all other producing countries. So it really makes no sense to be more reliant than we need to be on imports – particularly from countries with less to no commitment to reducing their emissions,” Eggar concluded.

OGUK published at the end of November its Decommissioning Insight 2021 report, which showed that over the last five years the UK decommissioning industry has improved its efficiency and cut its costs by an estimated 23 percent. The industry remained resilient during the pandemic, spending £1.07 billion in 2020, and is expected to spend £1.46 billion in 2021, the report finds. Decommissioning is set to account for 12 percent of industry expenditure offshore the UK in 2021.

From 2022 to 2024, the OGUK forecast shows business returning to its usual pace after the slowdown. With annual expenditures just over £1.5 billion, it is anticipated that almost 600 wells and around 45 topsides and jacket structures will be decommissioned. A total of 69 km of pipelines, almost 6,000 tonnes of subsea structures, and just over 4,000 mattresses are expected to be removed.

“This is going to be an exciting 10 years – there’s a huge amount of work to be done and with £16.6 billion to be spent, there will be many opportunities for UK companies and workers,” said Joe Leask, OGUK’s Decommissioning Manager.

“Decommissioning is more than a great challenge. It’s also a huge opportunity for UK companies to show their engineering skills, powers of innovation and ability to compete on a global scale,” Leask added.

The 34th edition of the Oil and Gas Transition Survey by Aberdeen & Grampian Chamber of Commerce (AGCC), KPMG UK, and Fraser of Allander Institute showed that companies in the UK’s oil and gas sector expect their businesses to transform substantially over the next decade. Firms polled expect that on average, the share of their business outside of oil and gas will jump from 21% today to 47% by 2030. Overall, the sector continues to be positive about the future, and 69% of companies anticipate their revenues to rise in 2022. In addition, three quarters of companies report being either ‘moderately’ or ‘extremely’ optimistic about Aberdeen, Scotland, and the UK playing a leading role as a future energy hub.

A total of 80% of firms indicated that strong sustainability credentials were critical to their long-term future.

However, the survey showed that firms have identified a range of key skills gaps, particularly in non-oil and gas activities, and have expressed concerns about a loss of skilled workers.

“Careful planning and investment at a corporate and government level are needed to make sure Scotland’s years of experience, skills and infrastructure are used to their full potential as we move towards a greener future,” Martin Findlay, office senior partner KPMG Aberdeen, commented on the survey.

Trade bodies from the UK, Denmark, Norway, the Netherlands, and Germany – the five countries across Europe pioneering lower carbon oil and gas in the North Sea – signed in early November a formal agreement to work together to advance the transition to net-zero emissions, OGUK said.

“Today’s agreement recognises that climate change doesn’t stop at the border and commits us to work together to give millions of people access to cleaner energy and deliver a managed transition towards net-zero,” OGUK Chief Executive Deirdre Michie said, commenting on the agreement.

Electrification of oil and gas platforms in the UKCS is time-critical if the UK wants to replicate the Norwegian success in platform electrification which has helped Norway to keep absolute emissions flat, despite an increase in activity and infrastructure, Wood Mackenzie said in a report in early November.

The economics for electrification of platforms in the UK are challenging, particularly given field maturity in the UK, according to WoodMac.

Following debates in Scotland whether the UK should allow the Cambo oil and gas field to proceed to development, OGUK said that blocking long-planned oil and gas projects would risk leaving UK consumers even more exposed to the global energy shortages.

“OGUK is warning that if new projects like Cambo are not approved then UK production would plummet with gas output, for example, falling up to 75% by 2030. This would leave the UK increasingly reliant on imported energy,” said the trade body.

Earlier in November, Scotland’s First Minister Nicola Sturgeon said that the Cambo oilfield “should not get the green light.”

The Cambo field, led by operator Siccar Point Energy with Shell as a partner with a 30% stake, is expected to help reduce the volume of imports required to meet energy demand in the UK, by delivering up to 170 million barrels of oil equivalent during its 25-year operational life, Siccar Point says.

If approved by the OGA, drilling at Cambo could begin as early as next year.

In company news, Orcadian Energy announced at the end of October that it had received three expressions of interest for the provision of an FPSO for the development of the Pilot oilfield.

Neptune Energy has completed a first-of-its-kind collaboration with the Environmental Defense Fund (EDF) to measure methane emissions on a working UK offshore platform using advanced drone technologies. The results of the study will be published in a scientific peer-reviewed paper in 2022, the company said.

Cairn said in early November it planned to change its company name from Cairn Energy PLC to Capricorn Energy PLC, effective from 13 December 2021. The LSE stock ticker will remain as CNE. The new name reflects continuity and evolution: the majority of Cairn’s subsidiaries have been known as Capricorn for some time.

Deltic Energy has completed the 3D seismic survey over Licence P2428 and surrounding areas, with the final results expected to be delivered in the second quarter of 2022.

IOG plc announced in a market update on 22 November that the offshore subsea and hook-up scopes for the Blythe and Elgood fields had been completed. IOG continues “to work closely with Bacton terminal operator Perenco and an enlarged workforce to complete the reception facilities recommissioning and deliver First Gas in Q4, albeit this may be challenging,” Andrew Hockey, CEO of IOG, said.

Serica Energy plc announced on 26 November that first production from the Columbus field in the Central North Sea was achieved during the fourth quarter, as planned. Columbus is expected to be producing at its potential by early December, the company said.