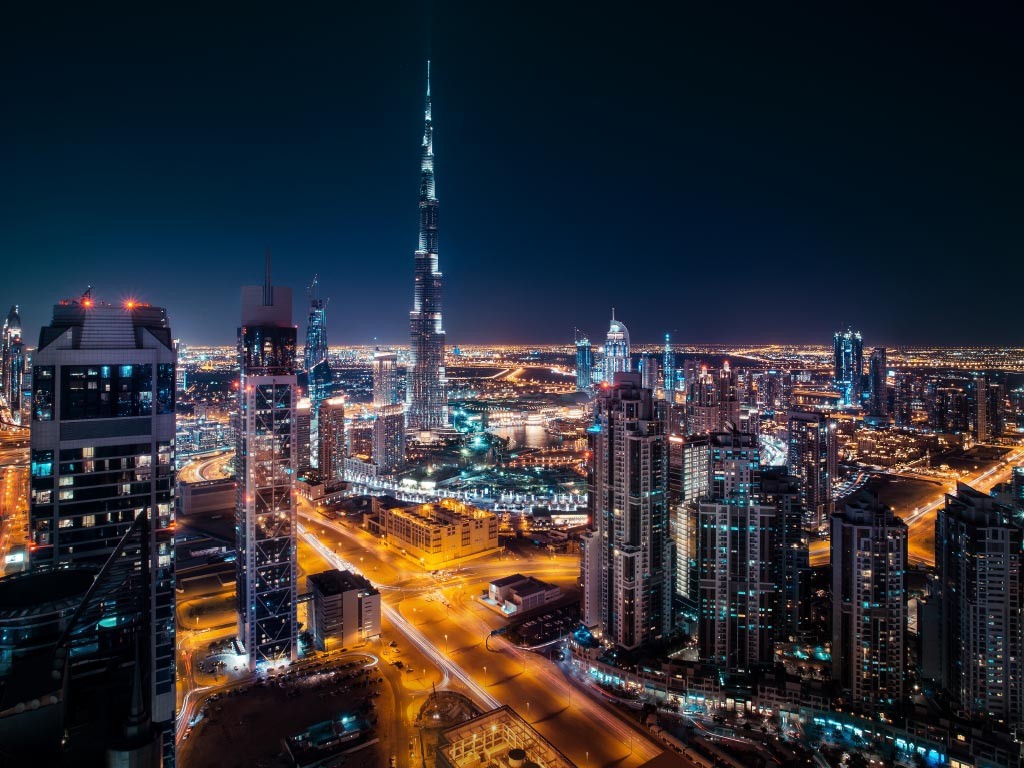 Over the past month, the leading Middle Eastern oil producers part of OPEC and the wider OPEC+ alliance continued with their policy to ease the collective oil production cuts, the world’s largest oil exporter slashed the prices of its crude for Asia in October, and a number of companies signed contracts and partnerships to provide more energy solutions in the region.

During a short and rather uneventful meeting on 1 September, the OPEC+ group maintained its policy and said it would continue easing the collective cuts by another 400,000 barrels per day (bpd) in October.

“The Meeting noted that, while the effects of the COVID-19 pandemic continue to cast some uncertainty, market fundamentals have strengthened and OECD stocks continue to fall as the recovery accelerates,” OPEC said after the meeting.

The OPEC+ coalition ignored the call from the US Administration in August to open the taps and ensure supply is enough to continue supporting the global economic recovery.

“As vaccination rates rise, the COVID-19 pandemic is expected to be better managed and economic activities and mobility will firmly return to pre-COVID-19 levels. The revisions are based in both the OECD and non-OECD regions, with steady economic developments expected to support the partially delayed recovery in oil demand in various sectors,” OPEC said in its 2022 forecast.

While OPEC and OPEC+ have been doing a good job coordinating their collective oil supply in recent years, the alliance will find it harder to do so in the future in view of the energy transition, Fitch Ratings said in a report at the end of August.

Fitch’s base-case assumption is that OPEC+ members will continue to reach compromises over how much oil to pump in the short term, but this could become more challenging in the longer term, when risks of declining oil consumption increase.

“However, the alliance may gain a larger market share due to underinvestment in oil development by some non-OPEC countries,” according to Fitch.

In early September, the world’s top oil exporter Saudi Arabia slashed the official selling prices (OSPs) for its crude for Asia in October by more than expected in a first cut to prices to the Asian market in four months. Analysts interpreted the move with weakened fuel demand in the region due to the Delta variant surge at the end of the summer. Another reason observers cited was the willingness of Saudi Arabia to keep, and potentially raise, its market share on its most important market, following higher prices in the summer that made some Asian refiners turn to cheaper barrels on the spot market from regions other than the Middle East.

TotalEnergies signed in early September a major deal – estimated at $27 billion – with the Iraqi Ministries for oil and electricity, and the country’s National Investment Commission to implement gas and solar projects in Iraq.

With the support of Iraqi authorities, TotalEnergies will invest in installations to recover gas that is currently being flared on three oil fields and as such supply gas to 1.5 GW of power generation capacity in a first phase, growing to 3 GW in a second phase. The French supermajor will also develop 1 GWac of solar electricity generation capacity to supply the Basra regional grid.

“Our ambition is to assist Iraq in building a more sustainable future by developing access to electricity for its people through a more sustainable use of the country’s natural resources such as: reduction of gas flaring that generates air pollution and greenhouse gas emissions, water resource management and development of solar energy,” said Patrick Pouyanné, TotalEnergies’ Chairman and CEO.

Abu Dhabi National Oil Company (ADNOC) said in early September it planned to list at least 7.5 percent in its drilling unit, ADNOC Drilling, in the United Arab Emirates. The initial public offering (IPO) is directed to qualified investors, ADNOC Group Employees and UAE national retirees, and the UAE public, including any eligible citizen or resident. Later in September, ADNOC raised the share of ADNOC Drilling it would list to 11 percent, which is estimated by analysts to fetch $1.1 billion.

“The new offering size was determined by ADNOC, as the selling shareholder, based on significant investor demand and the considerable oversubscription across all Tranches. The enlarged offering will enable a broader investor base to obtain exposure to ADNOC Drilling’s highly attractive value proposition,” ADNOC said.

ADNOC Drilling has already attracted a major foreign investor in the IPO. Helmerich & Payne said it would make a $100 million cornerstone investment into ADNOC Drilling’s IPO as it seeks to grow in the region.

Italy’s oil and gas major Eni signed in early September a memorandum of understanding with Mubadala Petroleum, a wholly owned subsidiary of the UAE’s Mubadala Investment Company, for cooperation in energy transition initiatives. Eni and Mubadala will seek opportunities in the energy transition sector, including in hydrogen and carbon capture, utilisation, and storage, that align with their respective decarbonisation targets. The scope of the cooperation covers potential joint opportunities in the Middle East, North Africa, Southeast Asia, Europe, and other regions of mutual interest.

Another Italian company, Saipem, signed a Memorandum of Understanding with Saudi Aramco to explore the possibility to establish a new entity in Saudi Arabia for the execution of engineering and construction activities in the industrial sector. The agreement entails the potential creation, in partnership with local entities, of an “EPC National Champion” capable of executing, in-Kingdom, the full range of Engineering, Procurement and Construction (EPC) project activities, while maximising the employment of local resources.

bp, ADNOC, and Masdar said in mid-September they planned to form a strategic partnership to provide clean energy solutions for the UK and the UAE. The three companies aim to develop low carbon hydrogen hubs and decarbonised air corridors between the UK and UAE. Under the partnership, bp and Masdar intend to explore opportunities to provide sustainable energy and mobility solutions for cities in the UK, UAE, and beyond, while bp and ADNOC plan to continue decarbonising existing oil and gas operations through the use of methane detection, CCUS, and pioneering digital technologies, bp said.

“By partnering with the visionary leaders of ADNOC and Masdar, we see massive business opportunity to generate the clean energy the world wants and needs – and at the same time revitalise local economies and create the jobs of the future,” bp CEO Bernard Looney said.