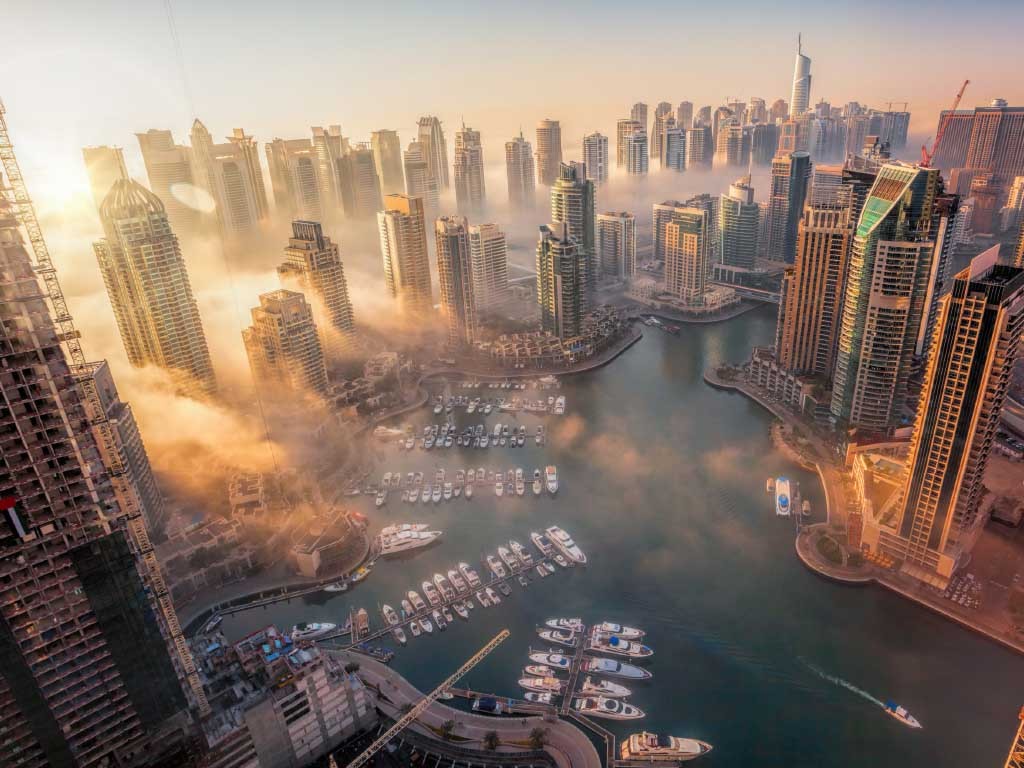 The monthly meeting of the OPEC+ alliance, OPEC’s optimistic outlook on global oil demand this year, and a flurry of oil and gas contracts feature in this month’s overview of the oil and gas industry in the Middle East.

During a quick meeting on 1 June, OPEC and its non-OPEC partners led by Russia reaffirmed the previously endorsed plan to ease the collective oil production cuts by 2 million barrels per day (bpd) by July.

The OPEC+ group’s oil production is set to rise by 350,000 bpd in both May and June and by more than 400,000 bpd in July. Additionally, Saudi Arabia is currently also gradually easing its extra unilateral cut of 1 million bpd by July.

The OPEC+ decision to stick to the plan for unwinding part of the oil output cuts signalled once again to the market that the group is confident that rising demand as economies recover from the pandemic would absorb the additional supply.

“The Meeting noted the ongoing strengthening of market fundamentals, with oil demand showing clear signs of improvement and OECD stocks falling as the economic recovery continued in most parts of the world as vaccination programmes accelerated,” OPEC said in a statement.

“The projections for oil are largely unchanged from our last meeting, with demand expected to grow by 6 mb/d to around 96.5 mb/d on average for the year, an increase of 6.6%,” OPEC Secretary General Mohammad Barkindo said at the meeting of the Joint Ministerial Monitoring Committee (JMMC) which preceded the OPEC+ ministerial meeting.

“As with the economy, the market outlook for later this year looks especially promising. In fact, we anticipate that demand will surpass 99 mb/d in the fourth quarter, which would put us back in the range of pre-pandemic levels,” Barkindo added.

A week and a half later, OPEC’s Monthly Oil Market Report (MOMR) for June reiterated the organisation’s view that global oil demand, driven by the economies in the United States and China, will rebound strongly in the second half of the year.

Although the economic recovery was delayed at the start of the second quarter due to the COVID resurgence in India, Japan, and some parts of the Eurozone, the advance in vaccinations and the easing of restrictions “lend optimism that the pandemic could be contained in the few months to come,” OPEC said in the report.

As a result, global oil demand is also expected to pick up pace in the second half of 2021, reaching 99.0 million bpd, up from 94.1 million bpd in the first half, with improving mobility in major economies supporting petrol and on-road diesel demand. OECD Americas is forecast to be the largest contributor to oil demand growth in 2021, according to OPEC, although overall oil demand in the region is not expected to fully recover from the 2020 slump.

In the developing economies, oil demand growth will be driven by China and other Asian markets including India, despite the coronavirus resurgence in the second quarter, OPEC noted.

“A healthy rebound in economic momentum is anticipated to stimulate industrial fuel demand, while demand for petrochemical feedstock is also projected to support demand growth in 2021,” the organisation said.

“Overall, the recovery in global economic growth, and hence oil demand, are expected to gain momentum in 2H21,” OPEC said.

OPEC’s optimism, combined with signs of continued demand growth at the start of the summer driving season, sent oil prices rallying to $75 per barrel at the end of June.

Analysts expect OPEC, led by the largest producers in the Middle East, to continue to unwind cuts in a measured and gradual way in order to prevent sinking of oil prices.

“It is a significant milestone that reflects the value of our assets and paves the way forward for our portfolio optimization strategy.

The OPEC+ decision to stick to the plan for unwinding part of the oil output cuts signalled once again to the market that the group is confident that rising demand as economies recover from the pandemic would absorb the additional supply.

We plan to continue to explore opportunities to capitalize on our industry-leading capabilities and attract the right type of investment to Saudi Arabia,” Aramco’s president and chief executive officer, Amin H. Nasser, said, commenting on the deal.

In another deal concerning Aramco, Baker Hughes said on 1 June it had deployed its remote operations digital technology across Aramco’s drilling operations, encompassing more than 200 sites, the largest deployment of its kind in Baker Hughes’ history.

By connecting all drilling sites with an integrated solution, Aramco enhances its view of its drilling operations in real time, Baker Hughes said.

In recent months, Aramco has reportedly sought to raises cash as it is keen to continue financing its massive annual US$75 billion dividend to shareholders, the largest of which is the Kingdom of Saudi Arabia with over 98%.

In the United Arab Emirates, the Abu Dhabi National Oil Company (ADNOC) has announced the award of a $744 million contract for the full field development of the Belbazem Offshore Block, as part of its efforts to maximize value from all of Abu Dhabi’s fields as it expands its oil production capacity to 5 million bpd by 2030. Located 120 kilometres northwest of Abu Dhabi city, the Belbazem Block consists of three so-called marginal offshore fields: Belbazem, Umm Al Salsal, and Umm Al Dholou.

Full production capacity is expected at 45,000 bpd of light crude with API gravity of around 35 degrees and 27 million standard cubic feet per day (mmscfd) of associated gas from Belbazem. First oil is expected in 2023, ADNOC said.

The Abu Dhabi firm also awarded in the middle of June a contract to Italy-based engineering, drilling, and construction company Saipem for the Optimum Shah Gas Expansion (OSGE) & Gas Gathering project in the United Arab Emirates. The US$510 million contract will include the expansion and upgrade of the existing Shah gas plant, the Italian firm said.

In Qatar, Japan Drilling Co announced on 16 June that its subsidiary Japan Drilling (Netherlands) B.V. had entered into a drilling contract with North Oil Company for the provision of the jack-up drilling rig HAKURYU-10 at the Al Shaheen Oilfield offshore Qatar. Estimated time for start of the operations is the second quarter of 2022.