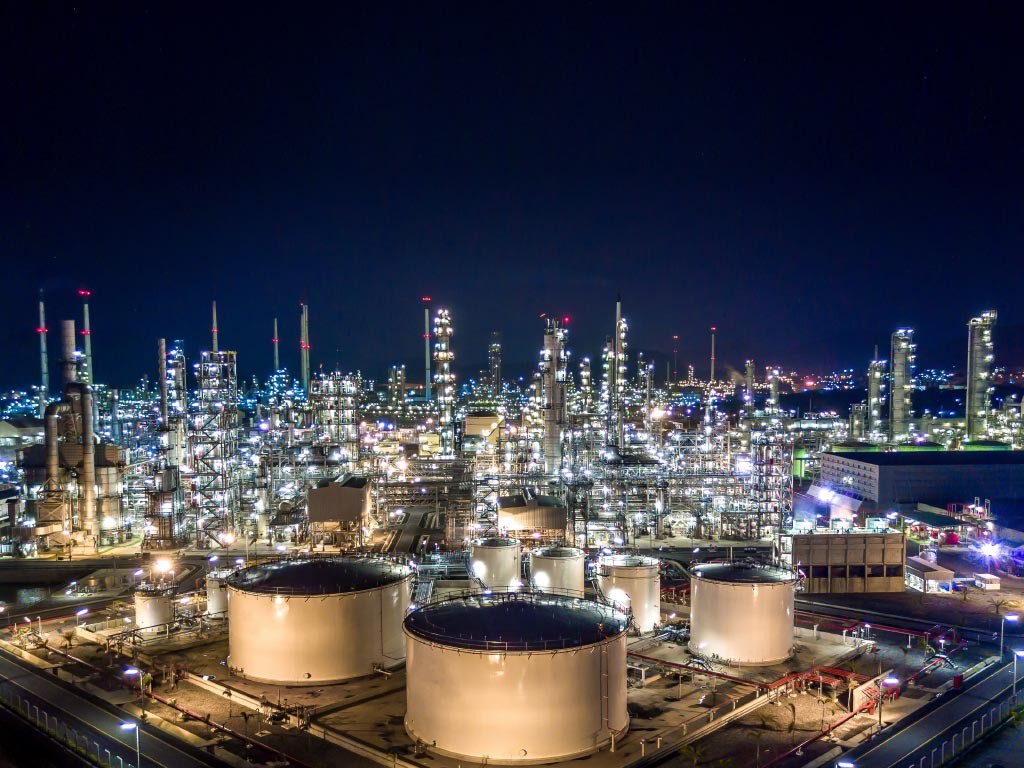 Record high gas and electricity prices in Europe and their impact on consumers and economies, as well as new oil and gas developments and a number of contracts in renewable energy marked this month’s European energy highlights.

Total UK gas production for January-August 2021 fell by 28 percent compared to the same period last year, due to maintenance and delays in new projects, contributing to the gas price rally, Wood Mackenzie said in early September. Production is expected to recover through the rest of this year, but prices of gas and power in the UK and Europe are likely to remain high this winter due to tighter markets, WoodMac said.

Amid the rallying prices, Russian giant Gazprom completed in early September construction of the Nord Stream 2 pipeline, although gas flows on the controversial Russia-led pipeline cannot begin until Germany grants an operating licence to the project. The German regulator is expected to take decision on the licence by early January 2022.

Gazprom dismisses speculation that it is withholding gas supply to Europe. Meanwhile, Norway, Europe’s second-largest gas supplier after Russia, said it would be boosting gas exports to Europe this winter.

Equinor and its partners have received permission to increase gas exports from the Oseberg and Troll fields to supply the tight European market, Norway’s major said on 20 September.

“We believe that this is very timely as Europe is facing an unusually tight market for natural gas. At Equinor we are working on measures to increase exports from our fields on the NCS,” said Helge Haugane, senior vice president Gas & Power.

Three weeks earlier, Equinor had started production from the Troll phase 3 project in the North Sea. The project has a break-even price below $10 and CO2 emissions of less than 0.1 kg per barrel oil equivalent. The new wells are tied into the Troll A platform and Troll phase 3 will extend the platform’s life past 2050, Equinor said.

Longboat Energy, the emerging full-cycle North Sea E&P company, said in mid-September that drilling had started at the Rødhette prospect in the Barents Sea offshore Norway. This is the first exploration well for drilled Longboat which has 20 percent in the prospect, a proven Jurassic play in the Hammerfest Basin with the potential for early monetisation through a 30-km tie-back to the Goliat Field.

Aker Solutions has been awarded a front-end engineering and design (FEED) contract from Aker BP for the NOA Fulla field development on the Norwegian Continental Shelf. The scope of the subsea production systems (SPS) FEED is planned to include 14 standardised vertical subsea trees, Vectus™ 6.0 based Control system modules, four six-slot manifolds, wellheads, and a large number of tie-in and connection systems, Aker Solutions says.

In renewable energy policies, the UK government said in September it would back by an additional £265 million the biggest ever renewable energy support scheme. £265 million per year will be provided to businesses in the fourth round of the scheme, which aims to double the renewable electricity capacity secured in the third round and generate more than the previous three rounds combined. The additional offshore wind capacity resulting from the funding alone could power around 8 million homes. The additional funding contains £200 million to support offshore wind projects, and £55 million available for supporting emerging renewable technologies, including £24 million for floating offshore projects for the first time.

“Today’s announcement will encourage even greater investment in renewables and is a huge boost for the UK’s green recovery. We could see investment of over £20bn on the back of the next clean power auction, which will boost jobs and the UK supply chain, and cut costs for consumers in the transition to net zero,” RenewableUK CEO Dan McGrail said, commenting on the announcement.

Crown Estate Scotland said on 1 September it would launch a new leasing process for offshore wind farms to help decarbonise Scotland’s oil and gas sector. The announcement follows the opening of the Scottish Government’s consultation on a new planning process which will inform the areas to be made available for seabed leases.

“Power generation accounts for around two thirds of oil and gas production emissions. The electrification of oil and gas installations is vital if industry is going to meet its 2027 and 2030 decarbonisation targets agreed in the North Sea Transition Deal,” Scott Robertson, Oil and Gas Authority Director of Operations, said.

The global pipeline of floating offshore wind projects currently stands at 54 gigawatts (GW), with the UK leading the world with 8.8 GW, new research by RenewableUK found. More than half of the global floating wind projects is in Europe (30.9 GW), with the UK leading the world at 8.8 GW. Ireland has 7.7 GW in the pipeline, Sweden 6.2 GW, and Italy 3.7 GW. Norway, Spain, and France are also planning to deploy floating wind at scale, the report says.

“Scotland’s huge deep-water potential means we expect floating offshore wind will be vital in our transition to a net zero economy. Scotland is already leading the world in floating wind and we’ll do everything in our power to maintain our support and ensure we remain at the forefront of this innovative technology,” Michael Matheson MSP, Cabinet Secretary for Net Zero, Energy and Transport in the Scottish Government, said.

Ocean Winds and Aker Offshore Wind unveiled on 14 September an ambitious joint bid to make Scotland a global leader in floating offshore wind. The Ocean Winds-Aker Offshore Wind partnership has submitted a bid as part of ScotWind for several sites in the Outer Moray Firth, using floating devices to deliver 6,000 MW of energy – which would be by far the largest wind energy development in the UK and power millions of homes.

Dogger Bank Wind Farm said that its new operations and maintenance (O&M) base at the Port of Tyne would be constructed and operated in line with the UK Green Building Council’s (UKGBC) Net Zero Carbon Buildings Framework to ensure transparent and robust reporting of its sustainability credentials. Construction of the base is expected to start in Q3 2021 and end in Q3 2022, ahead of wind farm operations starting in 2023.

“Power generation accounts for around two thirds of oil and gas production emissions. The electrification of oil and gas installations is vital if industry is going to meet its 2027 and 2030 decarbonisation targets agreed in the North Sea Transition Deal,” Scott Robertson, Director of Operations, OGA.

Harland & Wolff has signed a Memorandum of Understanding (MoU) with Navantia and Windar Renovables to target specific fixed and floating offshore wind projects primarily within the UK.

“We will be able to harness Navantia’s extensive experience and adopt their advanced technologies – better positioning ourselves to be a more attractive and competitive proposition to wind farm developers as we seek to work with UK companies to develop wind farms off UK shores,” Harland & Wolff said in a statement.

The OYSTER project - being undertaken by a consortium of ITM Power, Ørsted, Siemens Gamesa Renewable Energy, and Element Energy – has chosen Grimsby as the location for an innovative “marinised” electrolyser project for renewable hydrogen production. The project will develop and demonstrate an electrolyser system designed to be integrated with offshore wind turbines, and will also investigate the potential of using pipelines to transport hydrogen to shore.

GE Renewable Energy received in September the official planning approval for its Teesside offshore wind blade manufacturing plant from the Local Planning Authorities. This is the first major milestone in the lead up to the construction of the facility on the South Bank of Teesworks, with construction expected to start later in 2021.

Lightsource bp, a 50/50 joint venture of bp, has secured a new $1.8 billion revolving credit facility and trade finance facility that will help fuel its new global growth strategy of developing 25 GW of solar by 2025, the solar power developer said. Since it was set up in 2010, Lightsource has developed 3.8 GW of solar projects globally, and it is now aiming to drive this total to 25 GW of developed projects by 2025 fed by its expanding development pipeline.

“Lightsource bp has developed more than 30 projects, which today have consistently delivered 8 to 10% returns. So when people ask if we really have the capability to deliver the returns we talk about, the answer couldn’t be clearer – yes, we can because we are,” said Dev Sanyal, bp’s executive vice president of gas and low carbon.

Shell announced on 16 September a final investment decision to build an 820,000-tonnes-a-year biofuels facility at the Shell Energy and Chemicals Park Rotterdam, the Netherlands, formerly known as the Pernis refinery.

Once built, the facility will be among the biggest in Europe to produce sustainable aviation fuel (SAF) and renewable diesel made from waste.

“This investment is an important step as we transform the Energy and Chemicals Park Rotterdam from a traditional refinery into a sustainable energy park,” said Marjan van Loon, President Director of Shell Netherlands BV.