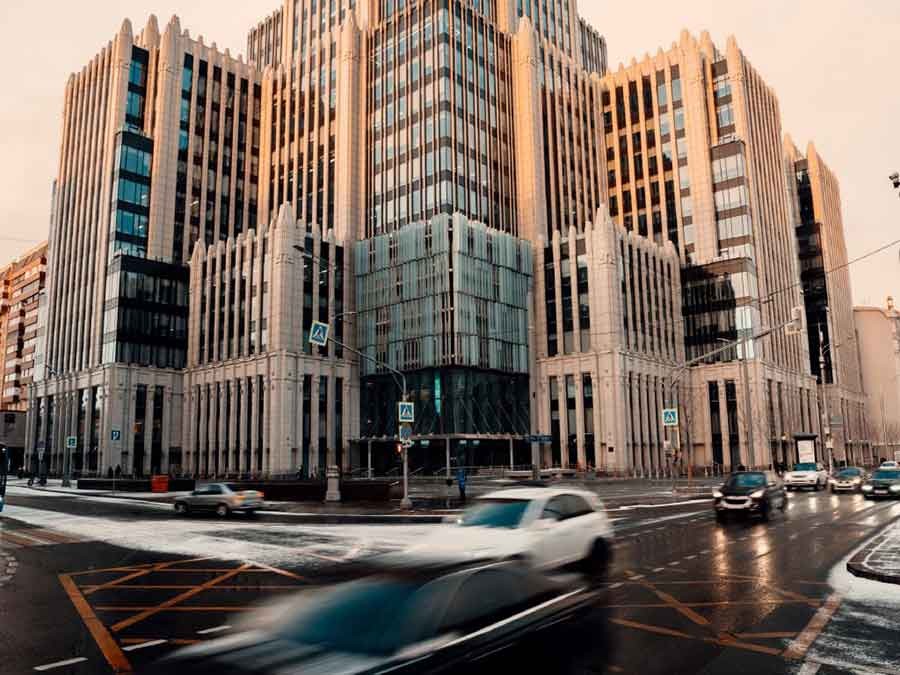 The European Union’s efforts to reduce its energy dependence on Russia, oil and gas developments and discoveries offshore Norway, and a number of low-carbon deals and announcements were the highlights of Europe’s energy sector in April.

In response to the Russian invasion of Ukraine and in an attempt to reduce Vladimir Putin’s revenues from energy exports, the EU adopted in early April the fifth round of sanctions against Russia over its military aggression against Ukraine. The sanctions package includes a prohibition to purchase, import, or transfer coal and other solid fossil fuels into the EU if they originate in Russia or are exported from Russia, as from August 2022. The sanctions also ban access to EU ports to vessels registered under the flag of Russia, with derogations granted for agricultural and food products, humanitarian aid, and energy.

In the meantime, countries continued to seek to diversify their sources of natural gas. Italy, for example, signed deals with gas producers in Africa, including Algeria, Egypt, and the Republic of Congo, for increased gas production and supply to Italy and Europe. Denmark, for its part, plans to temporarily raise natural gas production from its sector of the North Sea, to help Denmark and Europe replace Russian supply in the short term, until green solutions can replace most of the gas use.

Norway’s Ministry of Petroleum and Energy has extended the production licences in the Greater Ekofisk Area from 2028 to 2048 with ConocoPhillips Skandinavia AS as operator.

“Extended licenses in the Greater Ekofisk Area will contribute to sustainable and long-term investments, which again provides continued value creation, jobs and ripple effects. In addition, it ensures future energy supply security from the oil and gas province in the southwestern part of the North Sea", said Steinar Våge, President of ConocoPhillips Europe, Middle East and North Africa.

Neptune Energy and its partners announced in early April that gas production would be doubled from the Duva field in the Norwegian sector of the North Sea, supporting increased supplies to the UK and Europe. Around 70% of Neptune Energy’s Norwegian production is gas, and the company is currently investigating opportunities to ramp up gas production from other fields within its portfolio.

Aker BP and its partner Pandion Energy announced on 11 April that production had started from Hod B in the southern North Sea offshore Norway. The companies expect to produce 40 million barrels of oil from the field, which was advanced after Norway introduced in 2020 temporary changes in the petroleum tax regime to create activity for its domestic supplier industry.

Equinor announced an oil and gas discovery by the North Sea Troll and Fram area. Based on preliminary estimates, the size of the discovery, named Kveikje, is 25-50 million barrels of recoverable oil equivalent.

Shearwater GeoServices Holding said it was awarded a large 4D ocean bottom node baseline project by Equinor for a two-month survey on the Krafla, Askja, and Sentral fields in the Norwegian North Sea.

RenewableUK proposed in early April a plan that could allow the UK to effectively end dependence on gas for electricity within five years. By investing an extra £68 million in the budget for offshore wind, the UK can cut consumers’ exposure to gas by £1.5 billion, RenewableUK said.

“If we remove the cap on cheap onshore wind and solar capacity in this auction, then shovel-ready projects could be generating power by next year,” RenewableUK’s CEO Dan McGrail said.

“National Grid needs the freedom to invest more in accelerating the transformation of our energy system, to make the most of the huge amounts of renewable electricity we’re generating,” McGrail added.

RenewableUK also released a report showing a surge in energy storage projects which are operational, under construction, consented, or being planned. RenewableUK’s EnergyPulse Energy Storage report found that the UK’s pipeline of battery projects has doubled from 16.1 gigawatt (GW) a year ago to 32.1 GW. Operational battery storage project capacity has grown by 45%, from 1.1 GW to 1.6 GW, and the capacity of projects under construction has more than doubled to 1.4 GW.

New research published in early April by Copper Consultancy found that the UK public overwhelmingly supports the Government’s move to shore up the country’s security of energy supply, and back the development of onshore wind to support this. Over 78% of people surveyed believe the UK needs to become more self-sufficient in generating its energy. Most people also want to see a range of renewable technologies prioritised for development.

“Such public backing should give confidence to developers and the wider industry to continue their sustained drive to meet the Government’s 2050 net-zero target,” said Sam Cranston, Energy Director at Copper.

Breakthrough Energy, set up by Bill Gates and a coalition of private investors, as well as the European Association for Storage of Energy (EASE), SolarPower Europe, and WindEurope signed an open letter in April calling on the European Commission to recognise the crucial role of energy storage for the security of energy supply in Europe.

“Even if the renewable energy industry is ready to support EU’s ambitions, without rapidly scaling up market-ready energy storage technologies, the EU will be unable to achieve a net-zero power system, risking continued exposure to volatile fossil energy markets,” the associations said.

New offshore wind capacity additions in Europe are set to hit a record high this year, topping 4 GW for the first time and more than doubling the additions of 2021, Rystad Energy research showed on 20 April. The continent’s capacity additions in 2022 are forecast to reach 4.2 GW, beating the 2021 total of 1.8 GW and topping the previous annual record of 3.8 GW from 2019, the independent energy research firm said.

Europe’s new offshore wind capacity additions are expected to grow further, nearly doubling again in 2023 to 7.3 GW, and rising to 8.6 GW in 2025.

The UK will also see a record year, thanks to three large projects set to be fully commissioned in 2022, Rystad Energy said.

Crown Estate Scotland confirmed in mid-April that all 17 successful ScotWind applicants now have option agreements in place, meaning that their projects can move into the development stage. Full seabed leases will be granted at a later stage once applicants have the necessary consents from regulators, such as Marine Scotland, and have secured grid connections and financing.

Centrica Business Solutions has signed a framework agreement with renewable energy developer Push Energy to build a pipeline of solar farm projects in the UK. The agreement is part of Centrica Energy Assets’ ambitions to deliver 900 MW of solar and battery storage by 2026. Centrica Energy Assets – established by Centrica Business Solutions to develop large scale, grid-connected solar and battery storage assets in the UK and Europe – will work with Push to take projects from site identification to commercial operation.

Germany’s RWE has earmarked up to €1.5 billion gross investments by 2030 for Ireland through current projects being developed. RWE’s largest development project in Ireland is currently the Dublin Array offshore wind project, which it is developing in partnership with Saorgus Energy.

“RWE sees very significant potential for our operations in Ireland and we are keen to grow our business in this market, we have the international experience and expertise to deliver large scale renewable projects and would like to support the Irish Government to deliver its net-zero ambitions,” said Cathal Hennessy, RWE Ireland Country Chair.

Shearwater GeoServices has been awarded by Eni a 3D multiple technology integrated geophysical survey, with an option for a second survey, for carbon storage in Liverpool Bay, England.

SSE Renewables has also entered into an agreement with Siemens Gamesa Renewable Energy to acquire its existing European renewable energy development platform for a consideration of €580 million, subject to customary adjustments for level of working capital and net debt. The acquisition marks SSE Renewables’ entry into Southern Europe.

Moray East announced that following completion of works, it has achieved its full contracted output of 900 MW to the UK National Transmission Grid. The wind farm has been able to produce electricity while construction was underway – the power supplied from June 2021 to March 2022 was enough to meet the total annual electricity needs of all households in Aberdeen and Edinburgh, Moray East developer Ocean Winds said.

Ireland is now beginning to draw up a detailed strategy focusing on the development of green hydrogen to be included in the Climate Action Plan 2023, Martin said. Elsewhere in Europe, Siemens Energy said it would begin the industrial production of electrolysis modules in Berlin in 2023.

Norway’s major Equinor has been awarded the operatorships for the development of the CO2 storage sites Smeaheia in the North Sea and Polaris in the Barents Sea. The two licenses are important building blocks for developing the Norwegian continental shelf into a leading province for CO2 storage in Europe, Equinor says.

“We see that demand for CO2 storage is increasing in several countries, and we want to get started with developing new CO2 storages quickly, so that we can offer industrial solutions that can contribute to decarbonisation in Europe,” said Irene Rummelhoff, executive vice president for Marketing, Midstream and Processing (MMP) at Equinor.

The Norwegian firm has also teamed up with Naturgy to explore offshore wind development in Spain. The Spanish government aims to transform its energy mix and plans to develop up to 3 GW offshore wind by 2030.

Net-Zero 2050: A Chain Reaction in Every Link - Why support from SMEs is vital in our industry’s journey to energy transition.