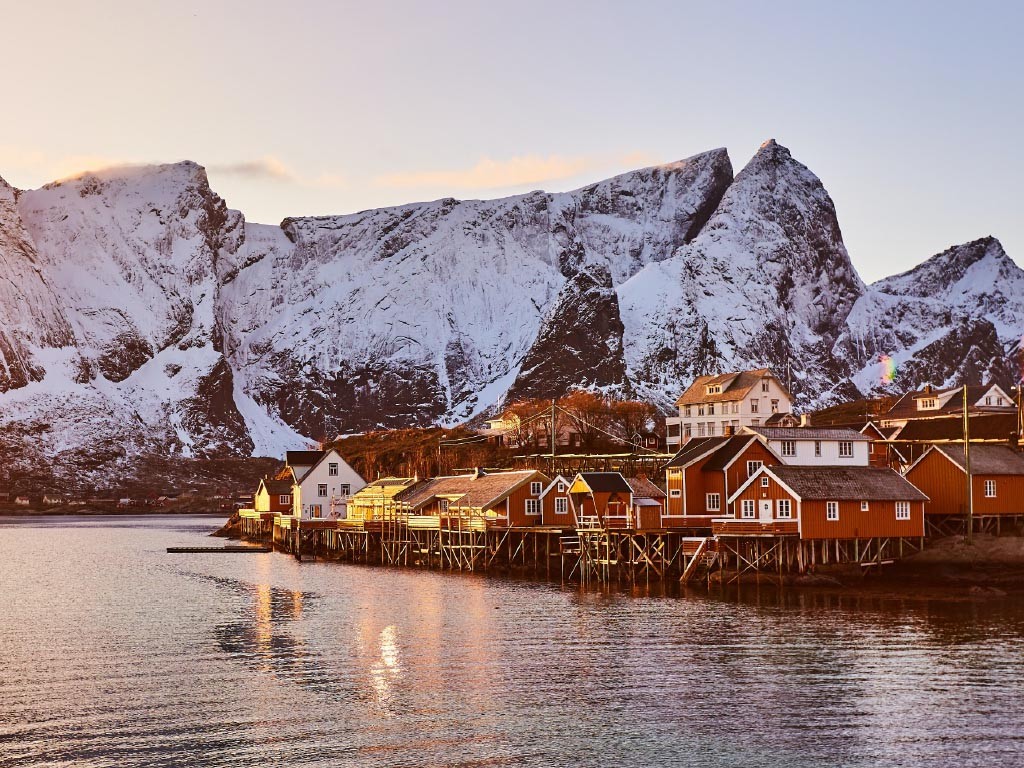 The largest oil companies in Europe reported in the past month strong first-quarter results thanks to higher oil prices, some of those firms increased their commitment to alternative energy sources and solutions, while many other companies announced new hydrogen and wind power projects across Europe.

Norway’s Equinor reported strong earnings for the first quarter, driven by higher oil and gas prices, capital discipline, and sustained cost improvements. Equinor’s renewables division also delivered strong financial results with a capital gain from farm downs of around US$1.4 billion, due to the divestment of a 50% non-operated interest in the offshore wind projects Empire Wind and Beacon Wind in the US to bp, and to the sale to Eni of a 10% equity interest in the Dogger Bank A and B in the UK. Equinor also boosted its cash flows and reduced net debt during Q1.

Italy’s Eni also raised its adjusted net profit for Q1, thanks to the higher oil and gas prices which boosted the upstream business. Net cash from operations jumped by 41%.

“With the pandemic situation gradually improving, and a broadening economic recovery looking more likely, we have been able to improve our outlook for the coming months, forecasting free cash flow generation in 2021 of more than €3 billion under a Brent scenario of 60 $/bbl. In this environment, we will continue implementing our decarbonisation and energy transition strategy, maintaining a strong focus on the robustness of the balance sheet and targeting a competitive distribution policy to our shareholders,” Eni CEO Claudio Descalzi said.

France’s Total reported adjusted net income of $3 billion, a level above the pre-crisis first quarter of 2019, also thanks to higher oil and gas prices, and to the group’s focus on LNG and renewable electricity generation.

“Cash flow (DACF) increased to $5.8 billion and gearing already decreased to less than 20% in the first quarter of 2021, validating the strategy of resilience and maintaining the dividend driven by the Board of Directors during the 2020 crisis,” CEO Patrick Pouyanné said, adding that the group’s organic cash breakeven was less than $25 a barrel in the first quarter.

Lundin Energy said at the end of April that it had sold the world’s first-ever certified carbon neutrally produced oil from its Edvard Grieg field offshore Norway to Italian refiner Saras SpA. Edvard Grieg field is the first oil field in the world to be independently certified by Intertek Group plc under its CarbonClear certification, the Sweden-based energy firm said.

“The provenance of a barrel and how it is produced is increasingly important, as society and industry require lower carbon feedstocks to achieve emission reduction targets and meet the goals of the Paris Agreement,” said Nick Walker, President and CEO of Lundin Energy.

In its ninth Offshore Wind Operational Report, The Crown Estate notes that the UK’s offshore wind sector is a mature, robust, and healthy market which is progressing to deliver a strong and sustainable pipeline in support of the nation’s net-zero ambitions.

“The sector has stepped up admirably during an exceptionally difficult year caused by the global pandemic, demonstrating its resilience and ability to reliably deliver clean energy to millions of homes,” Adrian Fox, Head of Offshore Assets at The Crown Estate, said.

RenewableUK urged the government in early May to commit to specific deployment targets for onshore wind, floating wind, renewable hydrogen, and marine energy by 2030, to meet the new UK target of slashing emissions by 78% by 2035, and reaching net-zero emissions by 2050. The recommendations include reaching 30 GW of onshore wind, 2 GW of floating wind, a minimum target of 5 GW of green hydrogen electrolyser capacity, and a 1 GW target for marine energy by 2030.

In projects and deals, bp and EnBW of Germany launched in May a bespoke online portal for the Scottish engineering and supply sector, as the companies aim to expand their partnership’s offshore wind portfolio by taking part in the upcoming ScotWind leasing round. Companies based in Scotland, with significant operations in Scotland or that have plans to relocate their base or operations to Scotland are encouraged to register interest for future opportunities.

“Scotland has a world-class supply chain with decades of experience in offshore energy – that deep skillset can be readily applied to offshore wind,” Dev Sanyal, bp’s executive vice president of gas and low carbon energy, said.

Perpetuus Tidal Energy Centre (PTEC) has signed an agreement with Orbital Marine Power, developers of the Orbital O2 tidal turbine, to bring the Isle of Wight a step closer to producing tidal energy. PTEC has obtained consents to place tidal turbines in the sea off the south coast of the Isle of Wight, and Orbital is the first company to sign up, with an initial target deployment of up to 15 MW by the end of 2025.

UK gas company IOG plc has signed a collaboration agreement with GeoNetZero CDT, Heriot-Watt University’s Centre for Doctoral Training, under which IOG will support research into carbon capture and storage (CCS) and other renewable opportunities in the Bacton area in the UK Southern North Sea.

Ørsted announced in mid-May it had started the onsite construction work on the H2RES project in Copenhagen—its first renewable hydrogen project.

The 2-MW project will investigate how to best combine an efficient electrolyser with the fluctuating power supply from offshore wind. The facility will produce up to around 1,000 kg of renewable hydrogen a day, which will be used to fuel zero-emission road transport in the Greater Copenhagen area and in Zealand. The project is expected to produce its first hydrogen in late 2021.

Total, together with Air France-KLM, Groupe ADP, and Airbus, have joined forces to carry out the first long-haul flight powered by Sustainable Aviation Fuel (SAF) produced in France, Total said. On 18 May, an Air France flight took off from Paris-Charles de Gaulle airport for Montreal with its tanks filled for the first time with sustainable aviation fuel produced in Total’s French plants.

“The development of biofuels is part of Total’s broad-energy strategy for decarbonising the transportation industry,” CEO Patrick Pouyanné said.

bp, Iberdrola and Enagás plan to develop the largest green hydrogen project in the region of Valencia. The project would be located in the bp refinery in Castellón, where a 20-MW electrolyser will be built, powered by renewable energy produced, among other sources, by a 40 MW photovoltaic plant, Iberdrola noted.

“With this project, bp reinforces its commitment to hydrogen as a fuel of the future, as it will play a fundamental role in the decarbonisation of the energy, industry and transport, especially those that are difficult or expensive to electrify,” Carlos Barrasa, chairman of bp Spain, said.

Lundin Energy Norway announced a collaboration agreement with Ocean Harvesting Technologies to study how the installation of wave energy converters could provide clean, stable, and cost-effective electricity to an offshore oil and gas platform.

Project partners Shell, GASCADE, Gasunie, and RWE signed a declaration of intent to further intensify their collaboration on the AquaDuctus project to transport green hydrogen from the North Sea directly to the continent. The AquaDuctus pipeline is the vision for the first German offshore hydrogen pipeline, RWE said.

Poland’s Energy Regulatory Office (ERO) announced Equinor and Polenergia’s Bałtyk II and Bałtyk III projects were awarded contracts for difference (CfD) under the first phase of Poland’s offshore wind development scheme. The projects, with a combined potential capacity of 1,440 MW, are among the first to secure offshore wind awards in Poland.

“Full-scale development of the two projects will constitute an offshore wind hub in the Baltic Sea. It will create industrial activity and jobs to support the Polish economy, and supply low-cost renewable electricity to Polish homes and businesses,” said Pål Eitrheim, Equinor’s executive vice president for New Energy Solutions.

On the following day, Equinor said it had completed an agreement to buy 100% in Polish onshore renewables developer Wento from private equity firm Enterprise Investors. Wento has 1.6 GW of solar projects in different stages of development. The acquisition supports Equinor’s effort to be a leading company in the energy transition and provides a strong platform for growth in the Polish energy market, the Norwegian firm said.

Equinor and Vårgrønn – a Norwegian renewable energy company established by HitecVision and Eni – have signed a collaboration agreement to jointly prepare and submit an application to the Norwegian authorities to develop floating offshore wind at Utsira Nord west off Utsira and Haugalandet in the Norwegian North Sea.