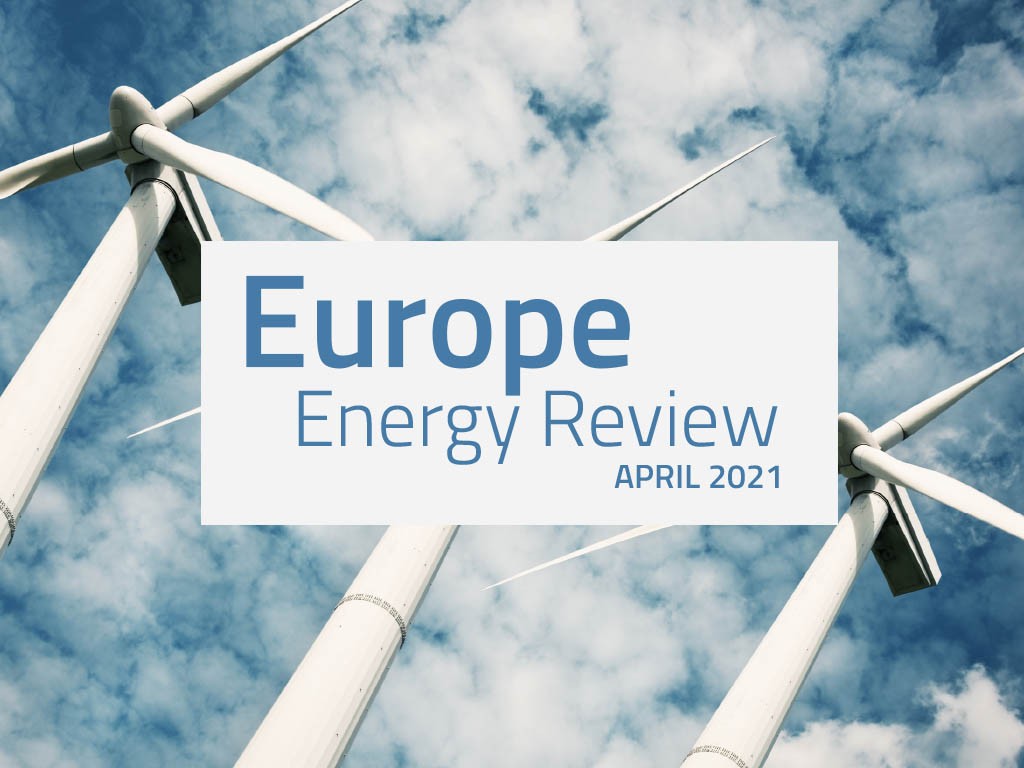 New oil and gas discoveries and project developments offshore Norway, the UK’s decarbonisation and offshore wind plans, and more projects for low-carbon energy solutions from major oil and gas companies and renewable energy giants were the highlights of Europe’s energy scene in the past month.

Equinor and its partners in the Åsgard licence have decided to invest just under US$165 million (1.4 billion Norwegian crowns) to further develop the field and implement the Åsgard B low-pressure project. Low-pressure production would be crucial to securing improved recovery from the Åsgard field in the Norwegian Sea, which started producing in 1999.

Equinor and its partners Vår Energi and Petoro announced an oil discovery in an exploration well in the Barents Sea, near the huge Johan Castberg field. Recoverable resources are so far estimated at between 31 and 50 million barrels of recoverable oil.

“This discovery strengthens our belief in the opportunities that exist, not least around the Castberg, Wisting, Snøhvit and Goliat areas,” said Nick Ashton, Equinor’s senior vice president for exploration in Norway.

Operator Neptune Energy and its partners Wintershall Dea, Petoro, and OKEA announced at the end of February they had started production from the Gjøa P1 development in the Norwegian sector of the North Sea.

In early March, Neptune Energy also started, together with its partners, drilling on the Dugong appraisal well in the Norwegian sector of the North Sea. The Neptune-operated Dugong discovery was one of the largest discoveries on the Norwegian Continental Shelf last year, with Neptune estimating recoverable resources at between 40 - 120 million barrels of oil equivalent.

Seven companies applied to obtain licences in Norway’s least explored areas in the 25th licensing round, the Ministry of Petroleum and Energy said at the end of February. The licensing round includes one area in the Norwegian Sea and eight in the Barents Sea, and the Ministry aims to award new production licenses in the round in the first half of 2021.

INEOS Energy has signed an agreement to buy all oil and gas interests from Hess Corporation in Denmark, by acquiring the subsidiary HESS Denmark ApS for a total of US$150 million. The deal comprises 61.5% of the HESS operated Syd Arne oil field, complementing the 36.8% share INEOS already holds, and 4.8% in the INEOS operated Solsort field.

Europe, Asia outside of China, and the Americas will be the key drivers of job creation in the offshore wind industry, Rystad Energy estimates.

Europe, which dominates the offshore wind installed capacity globally, could see the number of jobs in the sector triple to 350,000 by 2030, from 110,000 jobs.

“The Chancellor is right to highlight the fact that the UK needs investment in green growth and that offshore wind is an innovative industry in which we have a global competitive advantage,” Co-Chair of the Offshore Wind Industry Council and Vattenfall’s UK Country Manager, Danielle Lane, said, commenting on the measures.

“This is a big-bang moment for offshore wind manufacturing in the UK which will drive investment in a globally competitive domestic supply chain.”

“The next wave of renewable projects could inject £20bn of private investment into the economy and support over 12,000 jobs. Ramping up onshore and offshore wind, alongside hydrogen and other renewables, is the key to unlocking a rapid, low-cost transformation of the energy sector,” McNeal added.

The UK government approved on 11 March a £95 million government investment for two new offshore wind ports which will be built in the Humber region and Teesside, creating 6,000 new jobs.

“Thanks to Teesside receiving free port status, as well as government backing, GE Renewable Energy will build a new state-of-the-art offshore wind blade manufacturing factory at the site, which will directly create around 750 of the 3,000 high quality jobs created by the Teesside port and approximately 1,500 indirect jobs in the area,” the government said.

On 17 March, the UK government announced its Industrial Decarbonisation Strategy, which allocates over £1 billion to drive down emissions from industry and public buildings like schools, hospitals, and council buildings. The government also announced a £171 million Industrial Decarbonisation Fund to support financing for several projects, including the carbon capture, usage and storage (CCUS) project HyNet North West, Scotland’s Net Zero Infrastructure project, the Net Zero Teesside and the Northern Endurance Partnership, the Zero Carbon Humber Partnership project which aims to turn the Humber region into a net zero cluster by 2040, and the South Wales Industrial Cluster that aims to create a net zero industrial zone from Pembrokeshire to the Welsh/English border by 2040.

“We want to support existing industry and encourage the growth of new, low carbon sectors in the UK. To achieve this, we need to help make low carbon investments become a viable option for industry, meeting industry’s need for short term pay back on investment,” the Government’s strategy says.

Equinor said its Dogger Bank joint venture with SSE Renewables and Eni had awarded UK-based North Star Renewables contracts for delivering three service operation vessels (SOVs) for the operation of Dogger Bank A and B phases. The total value of the contracts including options is estimated at about £270 million.

The Port of Cromarty Firth and partners have launched a plan to establish a green hydrogen hub in the Highlands that will see Scotland lead the world in hydrogen technology. One of the projects will provide distilleries in the region with hydrogen. The delivery of green hydrogen to Glenmorangie, Whyte and Mackay, and Diageo will give them the opportunity to decarbonise the heating of their distilleries and maltings, by using hydrogen as a substitute for fossil fuels to create the energy needed to make steam so the distilling process.

“In the long term, there is a huge opportunity to decarbonise Highland industry, transport and heat, as well as exporting green hydrogen to other parts of the UK and mainland Europe, which doesn’t have the same offshore wind capacity as Scotland,” Bob Buskie, Chief Executive of the Port of Cromarty Firth, said.
bp joined forces with Volkswagen Group to expand ultra-fast electric vehicle charging across Europe. The companies plan to develop ultra-fast EV charging networks at bp retail sites across the UK, Germany, and elsewhere in Europe, while bp’s charging networks will be integrated into VW Group vehicles.

“By deploying ultra-fast charging, rapidly and at large scale, we can establish a leading position and help accelerate the take-up of EVs,” said Emma Delaney, bp’s executive vice president, customers and products.

bp is also developing plans for the UK’s largest hydrogen project, which would be located in Teesside and would produce up to 1 GW of ‘blue’ hydrogen – or 20% of the UK’s hydrogen target – by 2030 and support the development of the region as the UK’s first hydrogen transport hub.

Commenting on the proposed project, Mike Tholen, OGUK’s Sustainability Director said:
“This is a brilliant example of how OGUK members such as bp are pioneering low-carbon energy innovations which will transform our economy and accelerate the UK’s drive to net zero.”

Germany’s energy company RWE is building its first floating photovoltaic project, the Amer floating PV project, which consists of 13,400 solar panels that will float on a lake near the Amer power plant in Geertruidenberg in the Netherlands.

Renewable energy giant Ørsted signed in March a memorandum of understanding (MoU) with Aker Carbon Capture and Microsoft to explore ways to support the development of carbon capture and storage at biomass-fired heat and power plants in Denmark.

“Carbon capture will most likely be an important part of the green transition, and we see opportunities for capturing the carbon at some of our biomass-fired heat and power plants and either store it underground in order to achieve negative emissions or use the carbon for the production of green fuels in Power-to-X facilities. Therefore, we're currently exploring the regulatory, technical, and economic possibilities of carbon capture at our facilities,” said Ole Thomsen, Senior Vice President at Ørsted.

An industrial initiative, backed by EIT InnoEnergy, plans to build the world’s first large-scale fossil-free steel plant in Boden-Luleå in northern Sweden, using green hydrogen. The plan for the factory includes cheap renewable power, use of green hydrogen to process the iron, innovative downstream steel manufacturing, and partnership with key players in the region. The initiative mobilizes around 2.5 billion euro in investments and will create 10,000 direct and indirect jobs. Large-scale production is planned to begin as early as 2024, and an annual throughput of 5 million tons of high-quality steel is planned to be reached by 2030.