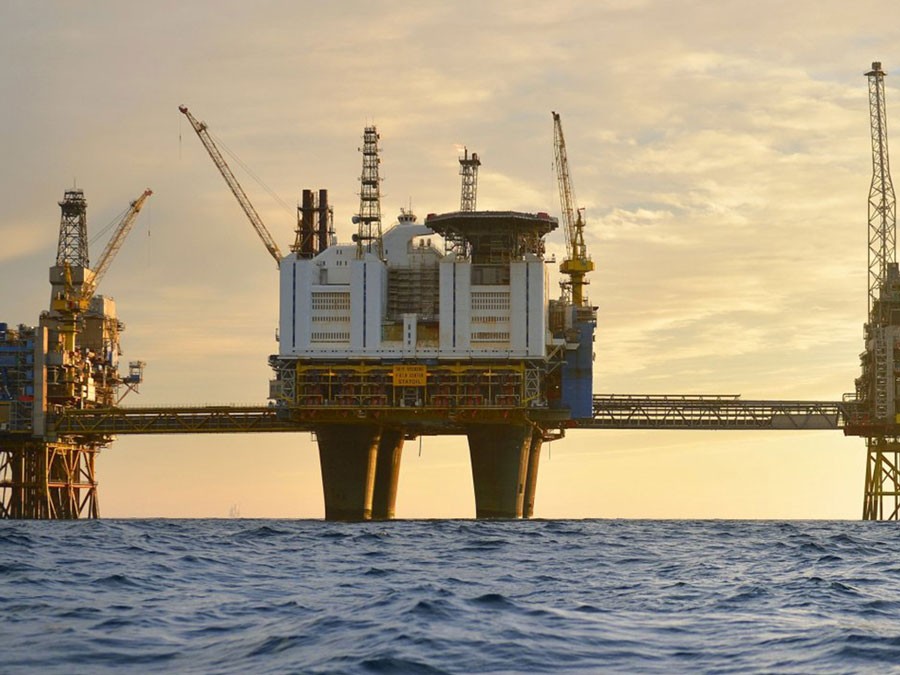 Ownership changes and development plans for oil and gas fields offshore Norway, assessments of the UK and Scottish efforts toward net-zero, and many deals for offshore wind, hydrogen, carbon capture, and battery developments in the UK and elsewhere in Europe featured in the European energy market in the last days of 2021.

Equinor and partners will invest US$1.1 billion (NOK 10 billion) in further developing the Oseberg field, the third-largest oil producer ever on the Norwegian Continental Shelf (NCS). The Oseberg Area Unit partners will reduce CO2 emissions from the Oseberg Field Centre and the Oseberg South platform while increasing Oseberg gas production. An amended plan for development and operation (PDO) has been submitted to the minister of petroleum and energy Marte Mjøs Persen, Equinor said.

“This investment decision allows us to increase production of Oseberg gas considerably in the future, while reducing CO2 emissions by an estimated 320,000 tonnes per year,” said Geir Tungesvik, Equinor’s senior vice president for project development.

The Norwegian major has also agreed to buy all of Spirit Energy’s production licenses in the Statfjord area which spreads across the Norwegian and UK Continental Shelves and are developed by three integrated production platforms (Statfjord A, B, C). All licenses are operated by Equinor. The parties agreed on a total consideration of US$50 million, plus a contingent payment linked to commodity prices between October 2021 and December 2022.

This acquisition by Equinor is part of several agreements Spirit Energy has reached to divest its Norwegian business and the Statfjord UK field. Sval Energi will acquire the interests held by Spirit Energy Norway AS, excluding the Statfjord Norway field. The headline consideration is US$1.076 billion (around £800 million), plus a contingent payment linked to commodity prices, Spirit Energy said.

“Through this transaction Sval is further strengthened with an experienced, competent and accomplished team. Spirit Energy’s Norwegian portfolio adds material production and gives us a good asset base for further growth on the NCS”, Sval Energi’s CEO Nikolai Lyngø said.

Equinor has also signed an agreement with Vermilion Energy Inc for the sale of its non-operated equity position in the Corrib gas project in Ireland. The Corrib field, located 83 kilometres off Ireland’s northwest coast, started production in 2015.

The sale of Corrib means that Equinor will no longer have active business presence in Ireland, after also deciding to withdraw from an early phase offshore wind project in the country, the Norwegian company said.

Maersk Drilling has won a one-well contract with OMV (Norge) AS, which will employ the low-emission jack-up rig Maersk Intrepid to drill a high pressure, high temperature exploration well in the Oswig prospect in the Northern North Sea basin offshore Norway. The contract is expected to commence in mid-2022 and includes an option to drill the Eirik exploration well.

Aker BP and licence partners Equinor and Spirit Energy sanctioned the development of the Hanz oil and gas discovery in the North Sea, which will be tied into the Ivar Aasen platform about 12 kilometres further south. Expected start-up of the Hanz development is in the first half of 2024 and total reserves are around 20 million barrels of oil equivalent.

COP26 must launch a reinvigorated UK effort on climate change, the Climate Change Committee (CCC) said after the climate summit in Glasgow ended. The key actions for the UK after COP26 include efforts focusing on strengthening the delivery of the Net-Zero Strategy, rather than inflating the gap between ambition and implementation.

“Key steps to complete the Strategy need to be brought forward swiftly, including a robust plan to tackle emissions from agriculture and land,” the committee’s report following COP26 said. The CCC recommends to the government that the Treasury initiate a review of the role of the tax system in delivering Net-Zero, including the role of tax in achieving a higher and more consistent carbon price across the economy.

The same committee also said in early December that Scotland must halve again its emissions in under a decade to meet its 2030 emissions target.

“Strategies alone won’t reduce emissions. Major changes are needed across the Scottish economy, requiring lasting, systemic action in most sectors. Clarity and transparency on policy, supported with detail on how these policies will be delivered has been lacking,”

The recent announcement from Global Energy Group and its partners that they are investing £110 million in building the UK’s largest offshore wind turbine tower manufacturing plant in the Port of Nigg to the north of Inverness takes the annual total of new investment in UK offshore wind manufacturing facilities this year to over £1 billion, a new record, RenewableUK said.

“Building major new facilities like this is proof that the UK is securing industrial benefits at scale from offshore wind, as we continue to build the biggest offshore wind projects in the world,”

On 13 December, the UK government opened the fourth round of the Contracts for Difference (CfD) scheme which aims to secure 12 gigawatts (GW) of electricity capacity with £285 million a year funding for low-carbon technology. This is the biggest ever round of the renewable energy auction scheme and aims to secure more capacity than the three previous rounds combined with additional offshore wind capacity that could generate electricity enough to power around 8 million homes. Offshore wind will be supported by £200 million funding a year, with £24 million initially allocated for floating offshore wind and £20 million on tidal stream projects – with solar and onshore wind included for first time since 2015, the government said.

Commenting on the biggest-ever UK renewable energy scheme, energy union GMB said that renewable energy subsidies must be tied to domestic manufacturing if they are going to make a meaningful reduction in emissions.

The CFD “does not appear to tie producers to any local content rules which would ensure the plant and equipment necessary for the projects is built within the UK,” GMB said in a statement.
“Currently we import far too much of our renewables infrastructure  - this is a missed opportunity to both cut emissions and support UK manufacturing,” said Andy Prendergast, GMB National Secretary.

In company plans, bp confirmed at the end of November it was planning a new large-scale green hydrogen production facility in Teeside that could deliver up to 500Mwe (megawatt electrical input) of hydrogen production by 2030. bp aims to start production at the HyGreen Teesside by 2025, while a final investment decision on the project is expected in 2023.

bp and partners also awarded the first engineering contracts advancing major UK power and carbon capture projects. Two consortiums were selected to participate in a Front End Engineering Design (FEED) competition for the Net-Zero Teesside Power project and the Northern Endurance Partnership’s carbon compression infrastructure in Teesside, bp said on 15 December. The two selected contractor groups are the Technip Energies and General Electric consortium, and the Aker Solutions Doosan Babcock and Siemens Energy consortium. As part of the Final Investment Decision expected in 2023, a single consortium will be selected to take the project forward into construction.

Joint venture partners SSE Renewables and Equinor reached in early December financial close on Dogger Bank Wind Farm C, the third phase of what will be the world’s largest offshore wind farm when complete in March 2026. Total investment in Dogger Bank Wind Farm will be around £9 billion, of which around £3 billion is for phase C.

“The location of 360MW of batteries at Wilton International strengthens Teesside’s green regeneration and position as a hub of low-carbon innovation in the North East,” said Andy Koss, CEO of UK & Middle East, Sembcorp Industries.

ExxonMobil, SGN, and Macquarie’s Green Investment Group (GIG) signed in early December an agreement to explore the use of hydrogen and carbon capture to help reduce emissions in the Southampton industrial cluster. If technical and business feasibility is confirmed, and with the right Government support, hydrogen production could commence as early as 2030, Exxon said.

Gas distribution network operator Cadent and Equinor will work on a concept for hydrogen production, storage, demand, and distribution for heat and will assess what a hydrogen town conversion could look like in Lincolnshire.

Energy expert and assurance provider DNV will lead a study that will produce a roadmap for European distribution networks to show how they can unlock the growth potential of hydrogen utilisation.

RWE said on 6 December it would invest up to €15 billion gross in its green core business in Germany by 2030, as it sees “particularly strong potential for growth.”

Norwegian Energy Company ASA (Noreco) and its partners in the CCS Project Bifrost were awarded funding under the ‘Energy Technology Development and Demonstration Programme’ (EUDP), a Danish public subsidy scheme. The funding request of US$11.4 million (DKK 75 million) was met in full by the Danish authorities and is a key enabler in maturing a CO2 transportation and storage concept in the Danish North Sea, Noreco said.