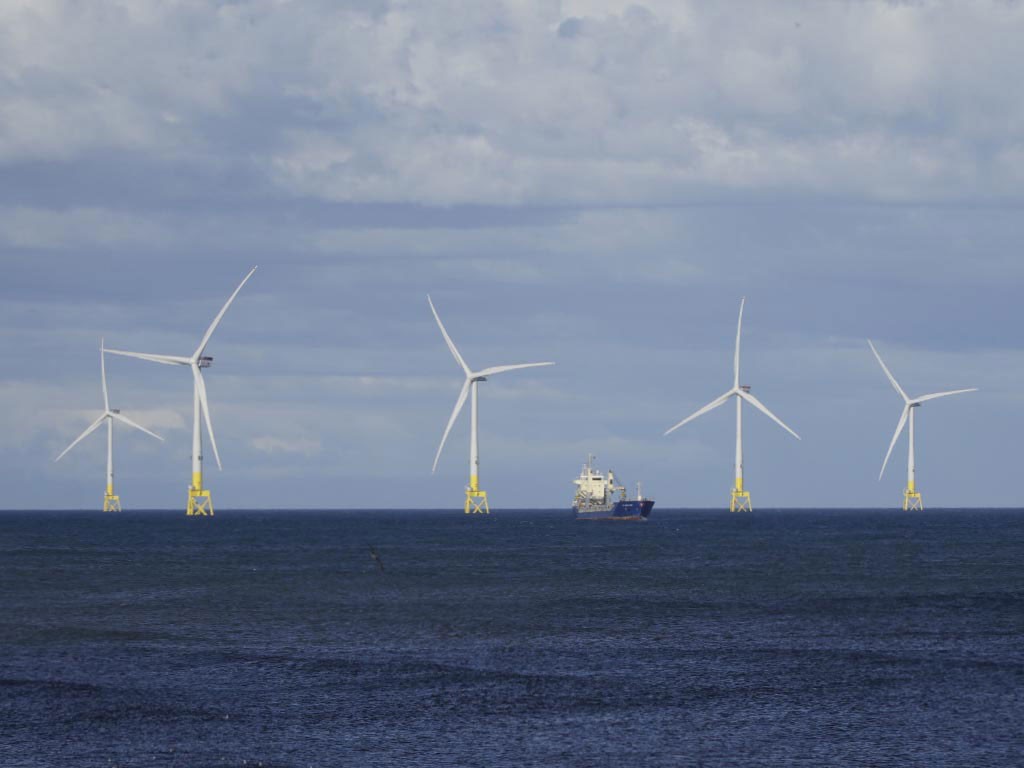 Last year was the best year ever for offshore wind, with a large number of new capacity installed in China and more auctions and installations in Europe and the United States. The industry has the chance to grow further this year and in the coming years and decades as Europe moves to boost renewables and displace Russian gas supply. Many countries in Europe, including the UK, have recently revised up their renewables and offshore wind targets, looking to grow their domestic clean energy sectors and reduce reliance on foreign energy imports, especially in light of the Russian invasion of Ukraine. The EU raised renewables targets, including for wind power, in its plan to eliminate dependence on Russian gas well before 2030.

Several major economies, including the UK, have already announced or held massive tenders for new offshore wind projects this year. Europe’s top oil and gas firms – who want to position themselves as broader energy companies – are bidding en masse in offshore wind tenders, including in ScotWind, the first round of Offshore Wind Leasing in Scottish waters in a decade.

Majors aim to deliver clean energy and transfer their offshore oil and gas experience onto the renewables energy sector, which has been taking a larger share of their capital expenditures in recent years.

2021 Best Year Ever for Offshore Wind

“This is an astounding level of growth, as it took three decades for Europe to bring its total offshore wind capacity to a similar level,” GWEC said in the key findings of the report.

Still, the wind industry needs a more proactive approach to policy making around the world to help offshore and onshore wind growth scale up to the level required to reach Net Zero, Ben Backwell, CEO of GWEC, said.

“The last 12 months should serve as a huge wake-up call that we need to move decisively forward and switch to 21st century energy systems based on renewables,” Backwell added, commenting on the report.

New offshore wind capacity additions in Europe are set to hit a record high this year, topping 4 GW for the first time and more than doubling additions seen in 2021, Rystad Energy research showed in April. The capacity additions in Europe will hit 4.2 GW in 2022, beating the 2021 total of 1.8 GW and topping the previous annual record of 3.8 GW set in 2019. The record-high capacity additions this year will be driven primarily by UK projects that will add 3.2 GW of capacity, a new annual high for the UK, beating the previous record of 2.1 GW set in 2018, Rystad Energy noted.

The Crown Estate’s tenth annual Offshore Wind Report into the progress of the UK’s offshore wind sector during 2021 showed in May the strong collective progress made by the UK offshore wind industry in meeting accelerating demand for renewable electricity in support of net-zero goals. Last year, over a fifth of all global capacity additions were in the UK, the industry supplied enough green electricity to power a third of all UK homes, and a new era of floating offshore wind farms began to take shape. A total of 11% of total UK electricity was generated by offshore wind in 2021, the report found. The combined operating and under construction capacity in the UK is over 20 GW, however, with 44% of this being under construction it will be an exceptionally busy period over the next few years, the Crown Estate said.

Looking forward, offshore wind is set to play a crucial role in the UK’s new energy security strategy to boost long-term energy independence and energy security. The government’s strategy, unveiled in April, includes an ambitious goal to increase the pace of offshore wind deployment by 25% and deliver up to 50 GW by 2030, including up to 5 GW of innovative floating wind.

“Our history of North Sea oil and gas expertise enables us rapidly to deploy our rich expertise in sub-sea technology and maximise our natural assets. Already, just off the coast of Aberdeenshire, we have built the world’s first floating offshore wind farms. There will be huge benefits in the Irish and Celtic Sea. And by 2030 we will have more than enough wind capacity to power every home in Britain,” the strategy says.

The UK pledged to reduce consent time from up to four years down to one year and make environmental considerations at a more strategic level, allowing it to speed up the process while improving the marine environment.

The government seeks to ensure the UK remains a world leader in offshore wind by offering clear investable signals through annual auctions, with the next round a year earlier in March 2023, helping to keep costs down through competition.

“We need to increase Britain’s energy security as swiftly as possible and industry will work with Government so that the planning process enables projects in the right locations and protects our marine environment.”

“We also need to see faster progress on installing vital new grid infrastructure so that we can make the most of the enormous amounts of clean electricity we’re generating offshore,” Lane added.

Globally, cumulative global capital expenditure in the offshore wind sector is expected to hit US$1 trillion by 2031, Wood Mackenzie said in a report in May. By 2030, Wood Mackenzie expects 24 countries to have large-scale offshore wind farms, up from nine today. Total installed capacity is forecast to reach 330 GW, up from 34 GW in 2020.

In Europe, the European Commission presented in May its REPowerEU Plan to respond to the global energy market disruption caused by Russia’s invasion of Ukraine.

Apart from diversification of gas supply away from Russia, the Commission proposes to increase the headline 2030 target for renewables from 40% to 45%, including tackling slow and complex permitting for major renewable projects.

On the same day, at the North Sea Summit in Esbjerg, Denmark, four EU member states – Denmark, Belgium, Germany, and the Netherlands – pledged to work to quadruple their offshore wind capacity by 2030 and increase it tenfold by 2050. Together, the four countries want to harvest at least 150 GW of offshore wind in 2050 and make the North Sea a green powerhouse for Europe.

“This is an important day for further reducing our dependence on gas imports and achieving climate neutrality. By developing joint cooperation projects with our North Sea partners, offshore wind energy in the region can be deployed even faster and more efficiently and new potentials for green hydrogen will be tapped,” said Robert Habeck, German Federal Minister for Economic Affairs and Climate Action.

“For projects to be realised swiftly, we also need the right regulatory market framework, in particular at EU level,” Habeck added.

Outside the EU, the UK and Norway signed in May a joint declaration to continue to engage closely on shared interests in defence, foreign policy and security, prosperity, trade and technology, energy, climate and environment. The strengthening of cooperation will include further cooperation on green and low-emission technology such as offshore wind, offshore grid networks, and the potential of hybrid projects.

Norway, for its part, unveiled on 11 May an ambitious offshore wind initiative, with the aim to have as much as 30 GW of offshore wind power generation in the country by 2040.

“Today, we are launching a major offshore wind initiative. Our target is to open up areas for offshore wind power production that will generate 30 000 MW of power in Norway by 2040. This is nearly equivalent to the amount of electricity we currently produce in Norway. Over the next 20 years, we will go from having two offshore wind turbines in operation to having around 1 500 turbines,” Norwegian Prime Minister Jonas Gahr Støre said.

As Europe and the United States raise offshore wind capacity targets and Asian countries install more offshore wind turbines, the industry is set for faster growth in the coming years and decades.