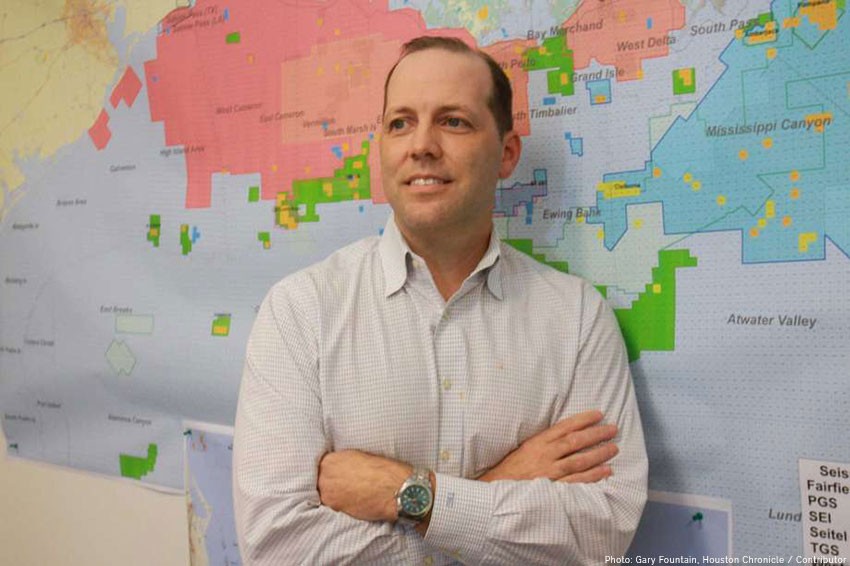 When Mexico opened its oil fields to outside investment in 2015, Talos Energy took a chance and struck black gold, becoming the first foreign company in more than 80 years to discover oil in Mexico.

The midsize Houston offshore producer found more than 800 million barrels of oil off Mexico’s southern Gulf Coast in 2017, naming the oil field Zama after the Mayan word for dawn. The discovery — among the largest in the Gulf of Mexico — was heralded as the dawn of a new era for a Mexican oil industry in need of private investment and expertise to develop its resources.

But under President Andres Manuel Lopez Obrador, elected in 2018, Mexico is looking to wrest control of the lucrative Zama project for to state-run oil firm Petroleos Mexicanos, leaving Talos in the lurch. If that happens, Talos would face the same fate that befell U.S. oil companies when Mexico nationalized its oil industry in 1938.

“It was reasonable to think Mexico had finally wised up to the fact that they need outside money and technology to get at their oil,” said Diana Hinton, a petroleum history professor at the University of Texas Permian Basin. “It was a rational decision, but politicians don’t always work rationally.”

The geopolitical dispute over Zama is Talos’ biggest challenge in an already difficult year that brought about a global pandemic, a historic oil downturn, an equally historic Gulf hurricane season and a president-elect that has promised to ban new drilling in federal waters.

“You’ve got to maintain a positive outlook,” Duncan said. “I think there’s a lot to believe in. We’re staying the course.”

Talos began charting that course in 2012 with five employees in an office that measured 15 feet by 15 feet.

Today, Talos has 450 employees in Texas, Louisiana and Mexico, including 250 in the Houston area.

While many independent oil companies rushed to join the shale boom in West Texas, Talos made its niche in the market as a purely offshore player. Though offshore oil typically has significant upfront costs, production is stable and longer-lasting. Last year, the Gulf of Mexico produced a record 2 million barrels of oil per day.

Offshore can be more environmentally friendly than shale drilling, Duncan said, because there is less flaring of greenhouse gases and no transporting of oil by truck or rail.

“There are a lot of companies that do onshore,” he said. “For us, we like offshore. There’s a little less competition, we believe in and understand the geology offshore, and we think it’s a good environmental story offshore.”

Talos grew quickly by gobbling up its competition and acquiring assets from major oil companies, using existing oil rigs and pipelines to redevelop oil fields that previous operators may have missed.

It was a significant economic policy change for Mexico, one that promised new foreign investment. For decades, Pemex profits funded other agencies instead of being reinvested, Hinton said. More than $180 billion in debt, Pemex needed capital to boost its production, which had declined by half since 2004.

“Mexican administrators have treated Pemex as a cash cow,” Hinton said. “But here’s the problem: If you’re treating national oil like a cash cow, where are they going to get capital to develop new resources? The Mexican government realized they could benefit if they brought in some foreign companies to develop their oil.”

Talos seized the opportunity in Mexico, realizing the risk was worth the payoff of finding significant oil and gas in the nation’s Gulf waters.

“That’s the type of risk that keeps some people from bidding,” Duncan said. “We showed the type of courage that makes small companies big companies. We bet on ourselves.”

The company leaned on Maria Pellacani, a senior reservoir engineer who came to Talos seven years ago from PDVSA, the Venezuelan state oil company. Pellacani was the only Spanish-speaking person at Talos at the time, and she poured over Mexican government documents in search of the best areas to drill.

“We knew it was really a task that was going to be hard,” Pellacani said.

“Zama is a very important discovery,” said Subash Chandra, an energy analyst covering Talos for Northland Securities. “Oil in shallow water of that quantity, it’s one heck of a home run. But it’s not worth anything until you can get production on it.”

The Zama oil field operated by Talos extends into the neighboring section owned by Pemex. The two companies are negotiating how they will jointly develop the project. An agreement is expected by January.

Duhalt said it makes sense for both Talos and Pemex to share the risk and financial obligation to develop Zama. If the companies fail to reach an agreement, it could be detrimental to Mexico, he added.

“It seems to me if they don’t reach an agreement, that will send a bad signal to any company interested in doing business in Mexico in the oil and gas sector,” Duhalt said. “It means you are dealing with a government that in reality is not that welcoming of private investment.”

Talos and Pemex are having virtual meetings on a weekly basis, Duncan said. In a conference call with analysts this month, Duncan said he hopes that Talos can wrap up talks in the coming months and submit development plans.

All the while, the company, along with wider industry, has spent almost eight months weathering the worst oil downturn in a generation.

To weather the oil bust, Talos reduced oil and gas production by 14,440 barrels a day and permanently cut 600 barrels per day from older offshore wells. It also plans to cut administrative costs by 25 percent, about $20 million, and reduced operating expenses by 12 percent, or $40 million. The company laid off about a dozen employees during the downturn, a relatively small number compared to the thousands cut by large oil companies.

In addition to the economic fallout, Talos had to battle a very active hurricane season, which officially ends November 30. Eight named tropical storms and hurricanes — five of them in the third quarter — blew through the Gulf. The company spent $14 million to move floating rigs and evacuate hundreds of workers off platforms.

Until this year, Talos averaged five to seven days of downtime each year because of storms. This year, that jumped to 35 days, Duncan said.

“If you shut in production eight days a year because of hurricanes, that’s not a big deal,” Duncan said. “If you do that for 30 days, that’s a bigger deal.”

Moreover, Talos faces political challenges at home under the incoming Biden administration. President-elect Joe Biden has promised to ban drilling on lands and in waters owned by the U.S. Talos operates on 1.5 million acres in U.S. federal waters. <<But if they already drill, that’s not affected, right?

“Obviously, we have a lot of exposure to the federal government,” Duncan said. “I’m pretty confident that ultimately the service we provide this country is important that I frankly would be shocked if any administration goes in a different direction.”

Chandra, the energy analyst, said he is bullish on Talos, despite all the challenges. He said it’s unlikely the Biden administration will fully ban drilling on federal lands, given the recession and pandemic, and added that Talos will have some recourse if the Mexican government seizes control of Zama. With the 2020 hurricane season nearing its end and a coronavirus vaccine showing promise, Talos could benefit from the resulting demand increase and stable production, Chandra said.

“If anything, this is a really good time for (Talos),” Chandra said. “If we see a COVID recovery in the first quarter of next year, I would say they navigated the most difficult time.”

Internal investigation of oil seepage to the ground at Mongstad