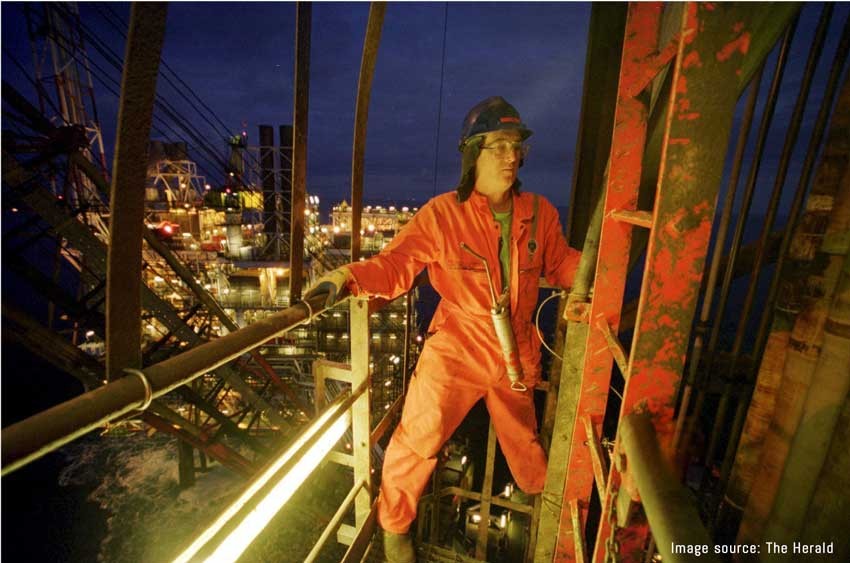 THE boss of a small oil firm that made a bumper discovery in the Moray Firth has said the future for the UK North Sea is bright as the company prepares to drill another well.

Jersey Oil & Gas caused a sensation in 2017 when it made a find estimated to contain up to 130 million barrels of oil with the Verbier well. The company had a stock market valuation of just £5 million before the discovery was announced.

The find underlined the potential to make big discoveries in the mature UK North Sea, although oil and gas giants have been shifting their attention to basins where there has been less drilling.

It boosted hopes that North Sea exploration levels could start to recover after hitting rock bottom amid the fall out from the crude price plunge that started in 2014.

Jersey chief executive Andrew Benitz said the company was looking forward to drilling an appraisal well on Verbier in coming weeks with Equinor, which changed its name from Statoil last year.

Jersey persuaded the Norwegian giant to buy in to the licence containing the Verbier prospect in 2016.

A successful appraisal well could help pave the way for a development that could kick start activity in the area around Verbier.

The results of the appraisal well will allow Jersey and Equinor to firm up estimates of the size of the field. Mr Benitz said a find at the 25 million lower end of the estimate range would be commercially viable.

He noted the potential for Verbier to form a hub for a series of field developments in the Greater Buchan area, which the Oil and Gas Authority reckons could contain up to 300 million barrels.

The regulator launched a supplementary licensing round for the area in October. Mr Benitz said Jersey is evaluating the opportunities the round presents.

Verbier is a core investment for Jersey. However, the company sees scope to develop on other licences, with exploration and production activity likely to feature.

On the outlook for the UK North Sea, Mr Benitz said: “We think there’s going to be continued discoveries made, new technology always helps, field lives will be extended … there’s a very strong infrastructure base and there’s still an active labour force that’s world level.”

He noted that activity levels are likely to benefit from the changing of the guard in the area, in which some giants have sold assets to smaller players who are thought to be more likely to invest in them.

Jersey has been on the hunt for acquisitions but faced challenges amid competition for deals.

Noting that private equity investors have been active in the North Sea recently, Mr Benitz said the firm was outbid for six targets last year.

He is confident Jersey will complete a deal in due course. The renewed crude price volatility since October has not reduced its enthusiasm for investing in North Sea assets.

Jersey put itself in a strong position by raising £24m from investors in November 2017. This gave it firepower to fund work on Verbier and other developments.

The success with Verbier has provided vindication for the confidence Jersey showed in an area in which other independents hit problems following the oil price slump from 2014 to 2016.

Jersey owns the rump of the North Sea portfolio that Trap Oil developed helped by the £30m acquisition of Banchory- based Reach Oil & Gas in 2011. The portfolio included the licence containing Verbier.

Aim-listed Jersey has a market capitalisation of around £50m, compared with more than £50 billion for Equinor.

In 2017 Equinor said its confidence in the “remaining, high-value potential” on the UK continental shelf had been boosted by the Verbier result.

Equinor plans to drill exploration wells on the Bigfoot and Pip prospects in the North Sea with BP this year. The results will be studied closely by other firms.