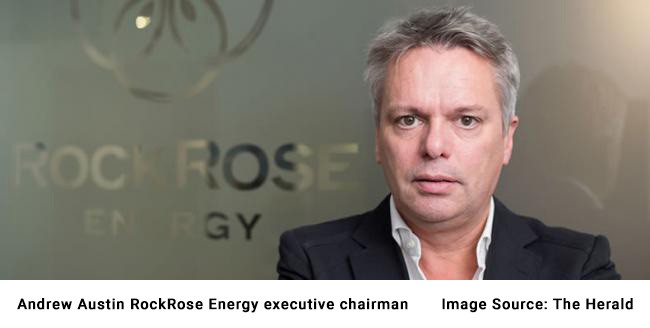 Oil and gas independent RockRose Energy has underlined its ambition to increase production in the UK after bringing a well onstream in the Dutch North Sea.

RockRose said the A18-A5 well had been completed on time and within budget in a success which will help underpin the company’s production for the next two years.

The progress achieved off Holland will help boost confidence in the company’s plan to develop a significant North Sea business through acquisitions.

Directors of the London-based firm decided the fallout from the crude price slump between 2014 and 2016 created opportunities.

The company acquired an interest in the acreage containing the A18-A5 well through the €104 million acquisition of a portfolio of assets in Holland from the country’s Dyas in May.

Welcoming the start of production from the well Mr Austin said: “Our on-going investment in both our UK and Dutch assets is central to our commitment to grow production and invest for the long term.”.

RockRose received a boost in October when Shell approved plans to develop the Arran field east of Aberdeen.

It acquired a 20.43% interest in Arran from Korean-owned Dana Petroleum for a nominal sum in August. RockRose said in September that it had increased its holding to 30.43%.

The company produced an average 5,176 barrels of oil equivalent daily (boed) in the first half, before completing the acquisition of the Dyas portfolio. It made $5.1m profit after tax.

Noting it expects to get 200 to 250 boed from the A18-A15 well, RockRose said the output underpins production from its Netherlands assets for the next couple of years.