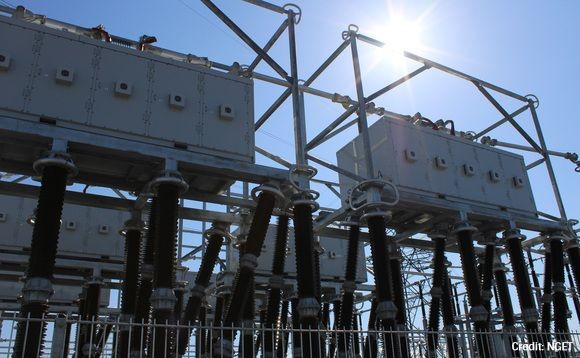 An innovative technology is being integrated into Britain's electricity grid that could unlock an extra 1.5GW of capacity by automatically routing power through the best available circuits.

National Grid confirmed today it has installed modular power flow controllers at three substations in the North of England that could unlock 500MW of new capacity in each place, potentially providing access to enough renewable energy to cumulatively power one million homes.

The technology, made by US-based company Smart Wires, reduces grid bottlenecks on renewables-reliant grids that can face high levels of intermittent clean power generation by intelligently and instantly routing power through circuits that have available capacity.

National Grid said the technology would allow it to "quickly reduce the congestion that limits renewable generation" with minimal impact on local communities and the environment.

"I'm proud to see National Grid Electricity Transmission (NGET) leading the way and pioneering transformational and innovative engineering to achieve wide-scale decarbonisation and overcome bottlenecks that are preventing maximum use of our networks," he said. "I'm delighted to see Smart Wires intelligent technology installed on National Grid's transmission network, making it a world's first for large scale use - this will be key to unlocking extra capacity safely and quickly."

The technology has been installed at substations at Saltholme in Stockton-on-Tees, Harker in Carlisle, and Penwortham in Preston, and National Grid confirmed it was considering boosting the technology's capability at the latter two sites in the autumn. The extension would free up an additional 500MW of capacity, or enough to power more than 300,000 homes, it said.

Julian Leslie, head of networks at National Grid Electricity System Operator, said the deployment would help the grid operator manage a grid that will become increasingly reliant on renewables as the UK's power system decarbonises over the coming years.

"Developments such as this, and the steps outlined in our five-point congestion management plan, will reduce the impact of constraints, allowing us to harness the full potential of renewable generation and lower costs for the end consumer - all helping towards our ambition of being able to operate the system at zero carbon by 2025," he said.

"With these projects, NGET have pioneered a new way to think about planning and operating the grid - leveraging flexible investments to deliver gigawatts of impact in incredibly short timeframes," he said. "Of the hundred utilities we work with around the globe, NGET are one of the most focused organisations when it comes to their commitment to deliver value for consumers."