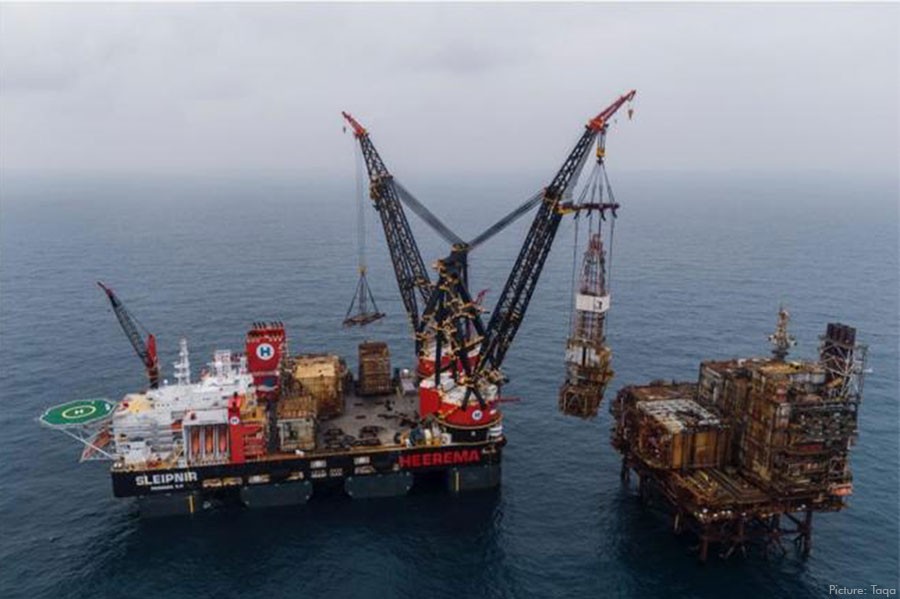 North Sea-focused Jersey Oil and Gas has completed a boardroom shakeup as it said plans for a big development in the area have generated interest in the industry.

Jersey has appointed industry veterans who helped build Ithaca Energy into a £1bn business to senior positions at the firm.

Former Ithaca chief executive Les Thomas has been appointed chairman of Jersey. Graham Forbes has become its chief financial officer after holding that role at Ithaca.

Jersey’s chief executive, Andrew Benitz, said the appointments represented a vote of confidence in the firm from men who had helped grow Ithaca into of the largest independents operating in the North Sea.

Jersey is working on plans for a development in the Moray Firth that could help to transform its finances.

The company hopes to restart production from the Buchan field, which was shut down in 2017. It intends to link Buchan to a major production hub that it plans to install. This may also handle output from the Verbier find that Jersey made with Norway’s Equinor in 2017.

Oil and gas firms have faced big challenges amid the upheavals triggered by the coronavirus crisis.

Brent crude fell to an 18-year low of less than $20 per barrel in April last year as lockdowns were imposed. The rollout of coronavirus vaccines from November last year sparked a recovery which has seen the price rise above pre-pandemic levels.

While the macro outlook has improved, the appetite for investment in North Sea assets may have weakened amid calls from environmental campaigners for curbs to be placed on oil and gas activity.

Following the COP26 climate summit in Glasgow, First Minister Nicola Sturgeon said the UK Government should not approve plans to develop the Cambo find off Shetland, lodged by Shell and Siccar Point Energy.

However Jersey Oil & Gas appears encouraged by the response to its efforts to find partners to share the cost of the Greater Buchan Area (GBA) development, through a farm-out process.

Mr Benitz said: “Our GBA farm-out process continues and we are actively engaged with multiple counterparties. The macro environment has markedly improved since we began initial industry engagement and the scale and quality of the GBA asset base makes it an exciting growth opportunity.”

Regarding environmental issues, Jersey said it is also talking to various industry parties about a plan to use renewable energy from windfarms in the Moray Firth to power the GBA facilities.

The outcome of the farm-out process will be followed with interest in the North Sea industry.

Firms have slashed spending on new North Sea developments amid the coronavirus crisis. Industry body OGUK has highlighted the resulting pressure on the supply chain.

However, the organization yesterday noted the value of the boost that could be provided by work on decommissioning North Sea assets that reach the end of their economic lives in coming years.

OGUK forecast that the UK offshore industry will spend £16.6bn recovering 1.2m tonnes of disused oil and gas installations from the North Sea for reuse and recycling over the next decade.

It said decommissioning could provide important support for the UK’s drive to achieve net zero emissions by 2050.

Decommissioning manager Joe Leask noted: “This is partly because the installations being removed tend to be older and so generate more emissions relative to the oil and gas they produce.

“But it is also because of the growing opportunities for reuse, repurposing and recycling.”

Buchan was shut down in 2017 after the then-operator, Repsol Sinopec Resources UK, decided it made commercial sense to decommission the associated production facilities. Jersey reckons the field could still contain around 130 million barrels.

Marcus Stanton has stood down as Jersey’s chairman after six years in the post but remains on the board as a non executive director. Jersey said Ron Lansdell and Vicary Gibbs had stepped down from the board, having made valuable contributions as chief operating officer and chief financial officer respectively.

Jersey developed out of Trap Oil, which built a North Sea portfolio helped by the £30m acquisition of Banchory- based Reach Oil & Gas in 2011 but suffered hefty losses during the last downturn.

Ithaca was acquired by Israel’s Delek in a £1 billion deal in 2017.

Separately IOG said it still expects to achieve first gas from the Blythe and Elgood fields in the North Sea in the current quarter.