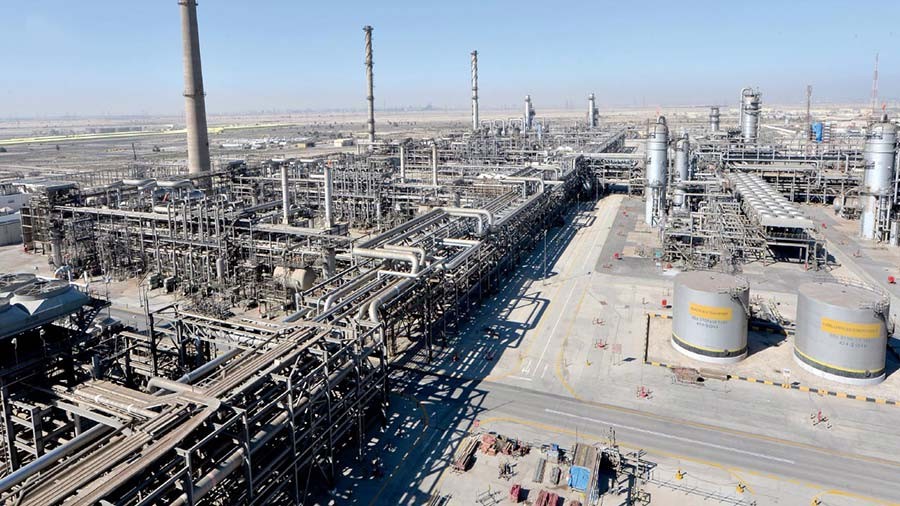 The acceleration of the OPEC+ oil production increase, Qatar’s major LNG expansion plans, and Saudi Aramco’s sustainability report were the highlights in the Middle East’s oil and gas industry over the past month.

The record cuts enacted in April 2020 at the peak of global COVID-related lockdowns were originally scheduled to be unwind in September 2022, and now OPEC+ is accelerating the timeline. The OPEC+ pact continues until the end of 2022.

“The Meeting noted the most recent reopening from lockdowns in major global economic centers. It further noted that global refinery intake is expected to increase after seasonal maintenance. The Meeting highlighted the importance of stable and balanced markets for both crude oil and refined products,” OPEC said in a statement at the end of the meeting in June.

The acceleration of the production cuts was viewed by analysts as a way to partly compensate for falling production and global supply out of key OPEC+ producer Russia, and amid expectations of strong fuel demand this summer.

The production table for July provided by OPEC showed that Saudi Arabia and Russia each have a quota of 10.833 million bpd for July, while the overall OPEC+ production target is 43.206 million bpd.

While Saudi Arabia is largely expected to produce to quota, Russia is already lagging behind and is estimated to be around 1 million bpd below its output target. The drop in Russian supply due to the sanctions on its oil over the invasion of Ukraine, coupled with production issues at several other pact members, leads to OPEC+ actually producing much less than its targets. This further tightens global market balances and makes supply more difficult to predict.

In the middle of June, a document from OPEC+ seen by Reuters showed that the producer group was falling behind its oil production target by 2.695 million bpd in May. Western sanctions on Russia’s oil exports and capacity constraints at several other producers, most notably OPEC’s African members Nigeria and Angola, have led to a huge overall underperformance of OPEC+ in their collective output quota. In May, Russian crude oil production was way off its target, by as many as 1.276 million bpd below its quota. This was the largest underperformance compared to targets among all OPEC+ producers.

Saudi Arabia raised the prices of its oil going to Asia in July, in a sign that the world’s largest crude oil exporter is confident in summer demand amid record-high refining margins in Asia and a global crunch in fuel supply.

Saudi Arabia raised the official selling price (OSP) of its flagship crude grade Arab Light going to Asia by $2.10 per barrel, to $6.50 a barrel over the Oman/Dubai benchmarks, off which Middle Eastern supply to Asia is priced. The increase of the prices to Asia was more than the market and Asian refiners had expected.The Saudi oil giant Aramco also lifted its OSP for July for crude going to Europe and the Mediterranean region, but kept US price differentials unchanged from the pricing for June.

QatarEnergy, the state-held firm of one of the biggest exporters of liquefied natural gas (LNG) in the world, selected in June several partners for the North Field East (NFE) expansion project, naming four of the major international oil and gas companies as international partners in the project.

The Qatari project will expand Qatar’s LNG export capacity from the current 77 million tons per annum (MTPA) to 110 MTPA. The $28.75 billion project is expected to start production before the end of 2025. The upstream part of the project will develop the south-eastern area of the field with 8 platforms, 80 wells, and gas pipelines to the onshore plant.

The JV in turn will own 25% of the entire NFE project, including the 4 mega LNG trains with a combined nameplate LNG capacity of 32 MTPA.

“With its low costs and low greenhouse gas emissions – thanks to carbon capture and storage – the North Field expansion will be an exemplary and major contribution to our low-carbon LNG growth strategy. This new partnership will indeed enable us to reinforce our global LNG portfolio and, together with Qatar, it will support our ability to contribute to Europe energy security,” TotalEnergies chairman and CEO Patrick Pouyanné said at the award ceremony.

“This agreement is a significant milestone for Eni and fits our objective to diversify into cleaner and more reliable energy sources in line with our decarbonisation strategy. Eni looks forward to working with QatarEnergy on this project to positively contribute to increasing worldwide gas security of supply,” said Eni CEO Descalzi.

“We are collaborating with QatarEnergy on North Field East to accelerate the production of secure, affordable and cleaner energy our world needs,” said Darren Woods, chairman and chief executive officer for ExxonMobil.

At the end of June, QatarEnergy also announced it had joined the Aiming for Zero Methane Emissions Initiative, an industry-led initiative that aims to reach near zero methane emissions from operated oil and gas assets by 2030.

QatarEnergy and Chevron Phillips Chemical Company (CPChem) have announced awarding the early site works contract for the Ras Laffan Petrochemical Project (RLPP), marking the commencement of execution of the RLPP. The joint venture project between QatarEnergy and Chevron Phillips Chemical will feature a 2,080 kilo tons per annum (KTA) Ethane Cracking Unit, making it the largest ethane cracker in the Middle East and one of the largest in the world. The facility will also include two High-Density Polyethylene (HDPE) units, which will significantly raise Qatar’s current Polyethylene production capacity, QatarEnergy said.

In the United Arab Emirates, ADNOC Logistics & Services, the shipping and maritime logistics arm of the Abu Dhabi National Oil Company (ADNOC), said it would buy three additional LNG vessels as it responds to the growing global demand for LNG.

ADNOC has also identified AED 70 billion ($19 billion) worth of products in its procurement pipeline that could be manufactured locally. Out of this value, ADNOC signed agreements for local manufacturing opportunities worth AED 21 billion ($5.7 billion) with UAE and international companies at the Make it in the Emirates Forum in Abu Dhabi. The agreements will see the companies set up and expand manufacturing facilities in the UAE as well as jointly explore with ADNOC the potential for new investments in local manufacturing.

Saudi Aramco published on 15 June its first sustainability report as investors and society call for increased transparency at the biggest oil-producing companies in the world.

By 2035 Aramco aims to reduce its upstream carbon intensity by 15% to 8.7kg of CO2 equivalent per barrel of oil equivalent (CO2e/boe), against a 2018 baseline of 10.2kg CO2e/boe. The report’s release follows Aramco’s announcement of its ambition to achieve net-zero Scope 1 and Scope 2 greenhouse gas (GHG) emissions across its wholly-owned operated assets by 2050.

“We are investing for the long-term, against a backdrop of global energy and economic uncertainty, and we will continue to integrate breakthrough technologies in our operations over the next decade and beyond,” said Aramco’s president and CEO Amin Nasser.

The Saudi oil giant also opened at the end of June the Aramco Research Center at the King Abdullah University of Science and Technology (ARC KAUST), which aims to accelerate the development of low-carbon solutions for the energy industry using advanced analytics.