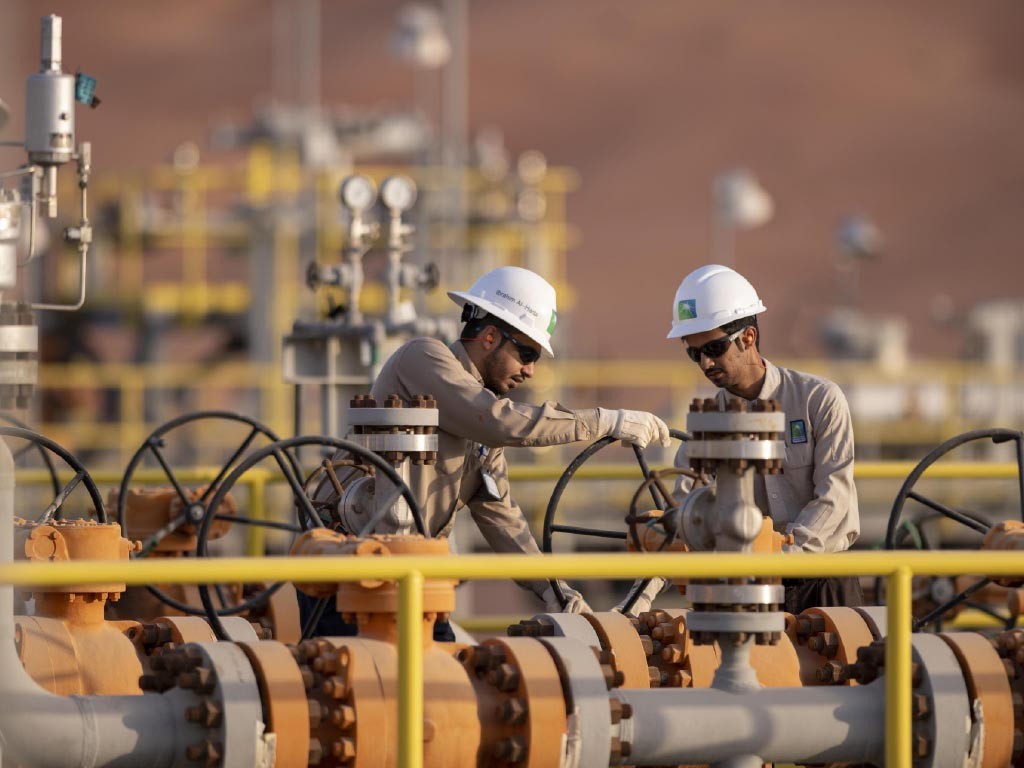 December was a busy month for oil and gas producers in the Middle East. The major oil-producing nations in the region, which are also the most influential members of OPEC, had to decide how to proceed with their oil supply policy in 2021, in light of the still weak global demand. At the same time, large state oil companies in the Middle East awarded major contracts and signed strategic agreements.

The OPEC+ alliance, led by OPEC’s top producer Saudi Arabia and by Russia, agreed – after days of intense negotiations – to slightly raise its collective oil supply to the market in January 2021.

Prior to the meeting, the oil market and analysts had expected that the group would roll over the existing cuts of 7.7 million barrels per day (bpd) for three months until the end of March 2021, instead of easing those cuts by 1.9 million bpd, as OPEC+ had originally planned in the deal signed in April 2020.

OPEC met on November 30 to try to reach a unanimous decision about the path forward. It soon became clear, however, that divisions are deeper than initially expected, after OPEC said at the end of the day the meeting was adjourned and would resume on the following day. Talks within OPEC and between OPEC and the non-OPEC group of producers led by Russia continued until December 3, instead of until December 1, as it was initially planned.

As usual with OPEC and OPEC+ meetings, various rumours were circulating all week regarding who was willing to keep the cuts as-is and who was pushing for an increase in production. It looked like Saudi Arabia was pushing for a rollover of the existing cuts, but other members of the alliance wanted to be able to start boosting their production. Since all decisions need to be taken unanimously, the deadlock continued for days.

In the end, a compromise decision was made, which gave the market some clarity about the production it should expect from OPEC+ at least in January. OPEC+ decided to ease the current 7.7-million-bpd cuts by 500,000 bpd in January 2021, meaning that the total cuts would be 7.2 million bpd as of the start of the New Year.

The group gave the laggards in compliance, such as Iraq and Nigeria for example, time until March 2021 to ensure they have compensated fully for the lack of compliance at the beginning of the pact in the spring and summer of 2020.

The OPEC+ producers also agreed to hold monthly OPEC and non-OPEC ministerial meetings starting January 2021 to assess market conditions and decide on further production adjustments for the following month, with further monthly adjustments of no more than 500,000 bpd.

“Looking ahead, the Meeting emphasised that it was vital that DoC participants, and all major producers, remain fully committed to efforts aimed at balancing and stabilising the market. It noted that renewed lockdowns, due to more stringent COVID-19 containment measures, continue to impact the global economy and oil demand recovery, with prevailing uncertainties over the winter months,” OPEC said.

Although a 500,000-bpd increase in collective OPEC+ supply for one month, for now, was below the widely expected rollover of the current cuts for three months, analysts largely welcomed the news, most of all because the OPEC+ group somehow managed to reach a unanimous decision on production policy and show unity to the market amid rumours that major producers are frustrated with the hefty cuts.

The OPEC+ alliance had to take into account various factors, including resurging COVID-19 cases in major developed economies, on the one hand, and the promise of vaccines boosting economies and oil demand later next year, on the other hand. Rising oil supply out of Libya, which is exempted from the cuts, has also been of concern to the market and OPEC+ of late. As of early December, Libya’s crude oil production had already returned to the levels last seen in January 2020, just before an eight-month-long blockade essentially stopped Libyan oil exports until September.

While OPEC+ was busy deciding the nearest-term production policy in the Middle East, the biggest state oil companies in the region signed several contracts, strategic agreements, and deals.

Saudi Arabia’s oil giant Aramco awarded Long-Term Agreements (LTAs) to eight companies for oil and gas brownfield projects, as part of its new contracting strategy for the oil and gas brownfield and plant upgrade projects. The agreements are for a six-year base period and extendable for another six years. The scope of the LTAs includes engineering, procurement, construction, start-up and pre-commissioning of each project, as well as the installation of the upgraded facilities in the designated operating areas.

“These LTAs which are associated with huge business which allow us to boost the performance of our brownfield and upgrade projects through new technologies and pioneering environmental sustainability fundamentals, while improving contract procurement and construction phases,” said Ahmad A. Al Sa'adi, Aramco’s Technical Services Senior Vice President.

Aramco also announced in early December an agreement with oilfield services provider Baker Hughes to form Novel, a 50/50 joint venture to develop and commercialise a broad range of non-metallic products for multiple applications in the energy sector. Non-metallic products are used in a variety of industries, including the oil and gas sector, the automotive, building and construction, packaging, and renewables industries.

The United Arab Emirates (UAE) announced at the end of November the discovery of substantial recoverable unconventional oil resources located onshore, estimated at 22 billion stock tank barrels (STB), and an increase in conventional oil reserves of 2 billion STB in the Emirate of Abu Dhabi.

The Abu Dhabi National Oil Company (ADNOC) awarded a contract worth up to US$519 million to BGP Inc., a subsidiary of China National Petroleum Company (CNPC), to further expand the scope of the world’s largest combined three-dimensional (3D) onshore and offshore seismic survey, which is currently taking place in the Emirate of Abu Dhabi.

ADNOC awarded in early December an exploration concession agreement to U.S. oil and gas firm Occidental, awarding the exploration rights for Abu Dhabi Onshore Block 5. Occidental will hold a 100% stake in the exploration phase, investing up to US$140 million, including a participation fee, to explore for and appraise oil and gas opportunities in the block that covers an onshore area of 4,212 square kilometres southeast of Abu Dhabi city.

“We see significant potential in Onshore Block 5 and, in partnership with ADNOC, will continue to work to help unlock the vast untapped resources in Abu Dhabi,” Occidental’s president and chief executive Vicki Hollub said in a statement.

Oman created via a royal decree a new company, Energy Development Oman SAOC (EDO), which will buy a stake in state-held Petroleum Development Oman (PDO), the top producer of crude oil and natural gas in Oman. The newly-created company will hold an interest in the Block 6 licence, which pumps most of the oil and gas in the Sultanate.

The new company has a mandate to invest in oil and gas as well as renewable energy in and outside Oman.