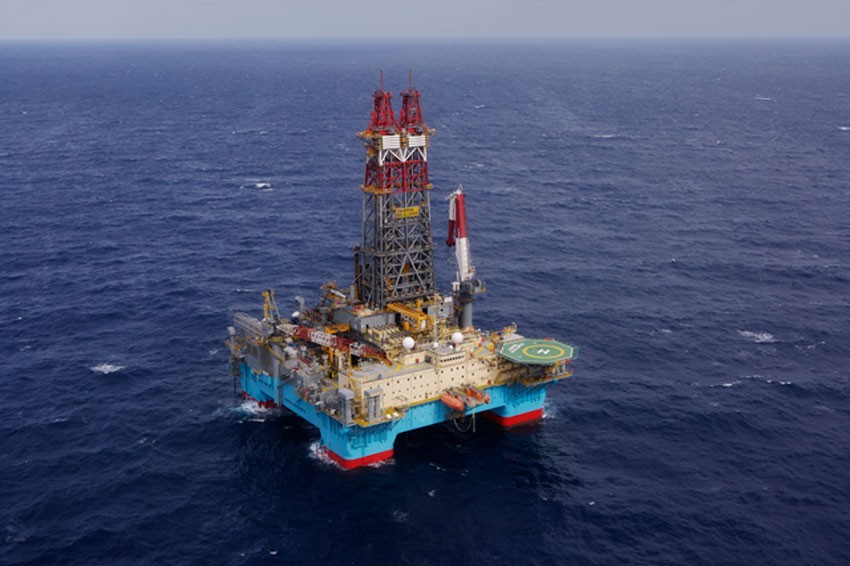 Australian oil and gas company Karoon Energy has started its intervention campaign on the Baúna field, located offshore Brazil, using a Maersk Drilling-owned semi-submersible rig. After this campaign, the rig is scheduled for work on two more fields for Karoon.

Karoon reported on Monday that its contract with Maersk Drilling for the Baúna intervention campaign had started, following the receipt of all permits and regulatory approvals required for the Maersk Developer drilling rig to begin operations.

Based on Karoon’s statement, after loading supplies and equipment for the programme, the rig departed Rio de Janeiro on 8 May BRT and arrived at the PRA-2 well site in license BM-S-40 (Baúna), southern Santos Basin, on 11 May BRT. The rig moored, using pre-installed mooring buoys, and the first Baúna intervention in the four-well campaign started on 15 May BRT.

The intervention campaign, which is aiming to add 5,000 – 10,000 bopd to Baúna production, comprises the installation of new electric submersible pumps in the PRA-2 and SPS-92 wells, installation of gas-lift equipment in SPS-56, and re-opening of the lower zone of the BAN-1 well. The campaign is anticipated to take four to five months to complete.

As a reminder, Karoon hired the rig to perform well intervention on four Baúna wells back in April 2021. Following the completion of this campaign, the Maersk Developer rig is then scheduled to drill two development wells on the Patola field and, subject to the receipt of required regulatory licences, one or potentially two control wells on the Neon oil discovery.

The Patola work was added to the rig’s backlog in June 2021 and the Neon option was added earlier this month.

Karoon Energy’s Chief Executive Officer and Managing Director, Dr Julian Fowles, said: “The commencement of the Baúna intervention program represents the culmination of more than 18 months of detailed planning and hard work from the Karoon teams and our contractor partners in Australia and Brazil. Our key focus is on delivering this campaign safely, efficiently and on schedule, in close cooperation with the operator of the drilling rig, Maersk Drilling.”

Fowles also added that the market would be updated about the campaign’s progress in the June 2022 quarterly report.

Delivered in 2009, the Maersk Developer is a DSS-21 column-stabilised dynamically positioned semi-submersible rig, able to operate in water depths up to 10,000 ft.