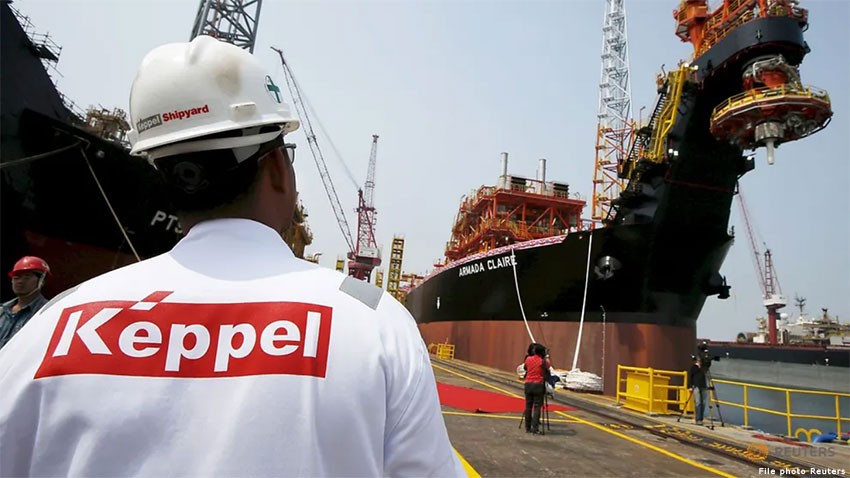 These separate divisions are set to be backed by significant capital, with the rig and development companies owning assets of around $2.2bn, while the operating company already boasts orders worth around $2.5bn.

Critically, much of the operating company’s work is set to be tied up in renewables, with 82% of its new projects focused on clean power. Keppel O&M noted that the company would pay particular attention to offshore wind and solar facilities, as well as emerging technologies such as hydrogen fuel cells and tidal power, as the firm looks to make the most of its considerable expertise in offshore infrastructure.

“The share of renewables and new energy solutions in the global energy mix has been growing rapidly, driven by environmental concerns as well as technological advancements and the declining cost of renewables,” said Loh Chin Hua, Keppel CEO and chairman of Keppel O&M. “To seize opportunities in this fast-changing environment, we are making bold and decisive moves to transform Keppel O&M to ensure that it remains relevant and competitive, and fully aligned to Keppel’s Vision 2030.”

This “vision” refers to a wider push for renewable power across the company’s operations, highlighted by it’s the planned acquisition of Keppel Bay Tower from its subsidiary Keppel Land, and transformation of the facility into Singapore’s first commercial building to be powered entirely by renewables.

Keppel’s proposed developments have already been awarded a platinum green mark by the Singapore Building and Construction Authority, indicating that it is a net-zero building, and divesting from environmentally-damaging offshore activities such as drilling is a key component of this broader project.

“We are also exploring inorganic options for the O&M business, but there is no assurance that any transaction will materialise,” continued Loh Chin Hua. “In the meantime, we believe that our organic restructuring of Keppel O&M will not only enhance its competitiveness, but also its attractiveness, if we were to undertake any inorganic action.”