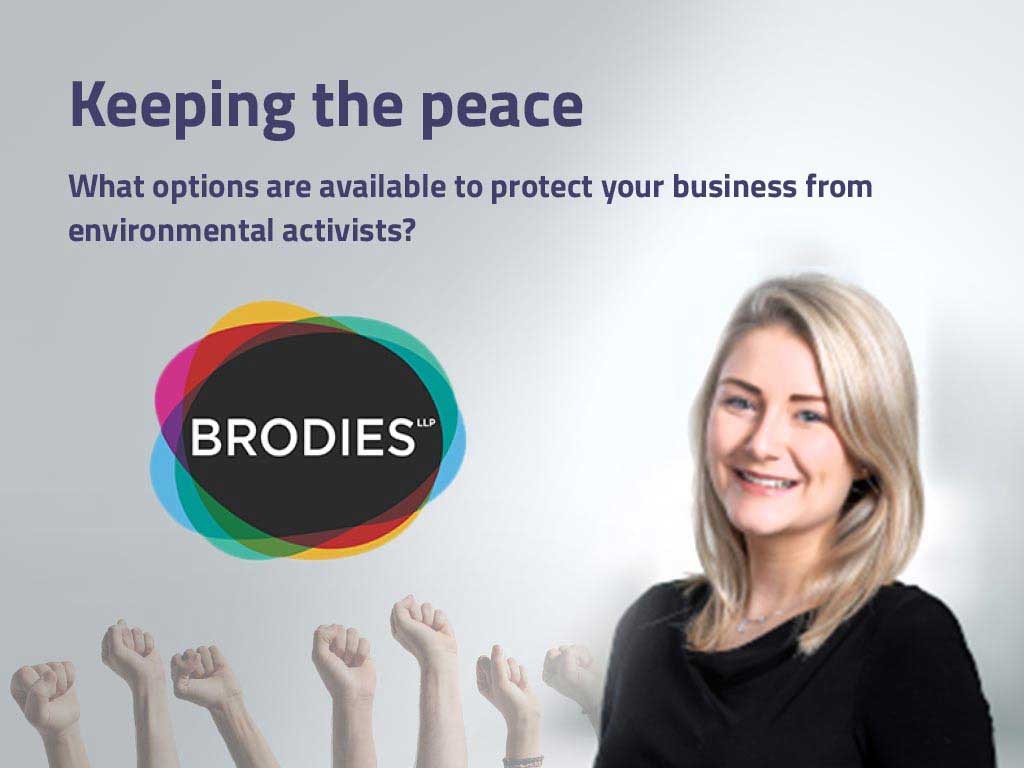 What options are available to protect your business from environmental activists?

Recent instances of environmental activists accessing business premises have focused many companies to consider what action can be taken to protect their operations, staff and property. But what legal action is available to organisations facing a protest?

The first issue to consider is where any proceedings should be raised – the local Sheriff Court or the Court of Session in Edinburgh (Scotland's superior court). Sheriff Courts have jurisdiction over their individual districts, while the Court of Session has a wider jurisdiction extending over all of mainland Scotland, its islands and its territorial waters. This means that consideration needs to be given to whether protection is required at a local site (such as Aberdeen only) or whether protection may be needed more widely across locations throughout Scotland.

Where an organisation has a "reasonable apprehension" that an environmental group intends to carry out unlawful activities that will impact its business, an interdict can be sought from the relevant court. An interdict (known as an injunction in England) aims to prevent an anticipated legal wrong from occurring or to stop a legal wrong which is already in progress. An interdict granted by the court can last indefinitely and, if it is breached, the court can impose quasi-criminal sanctions, including fines or imprisonment.

Stopping unlawful activities can be time critical. When raising proceedings, an order for interim (temporary) interdict should also be sought. If granted, this creates an enforceable order at the beginning of the court process, rather than at the end.

If an unlawful activity is already in progress (for example, activists are occupying premises), orders for removal can be applied for from the court. It is prudent to combine this with an action for interdict, to prevent the same parties carrying out the same unlawful acts in future.

It may be open to organisations to seek damages. Any damages awarded by a court will be calculated based upon losses that can be shown to have been suffered as a direct result of the activists' wrongful actions. In practice, it may be difficult to recover damages from individual activists.

While legal action is the ultimate protection, organisations should also consider implementing a policy or issuing guidance to employees that limits the ability of activists to enter premises.

Legal advice should be sought as soon as an organisation believes it may be targeted by protestors. The steps which can be taken in order to protect the business and the sooner these are put in place, the more effective they will be.