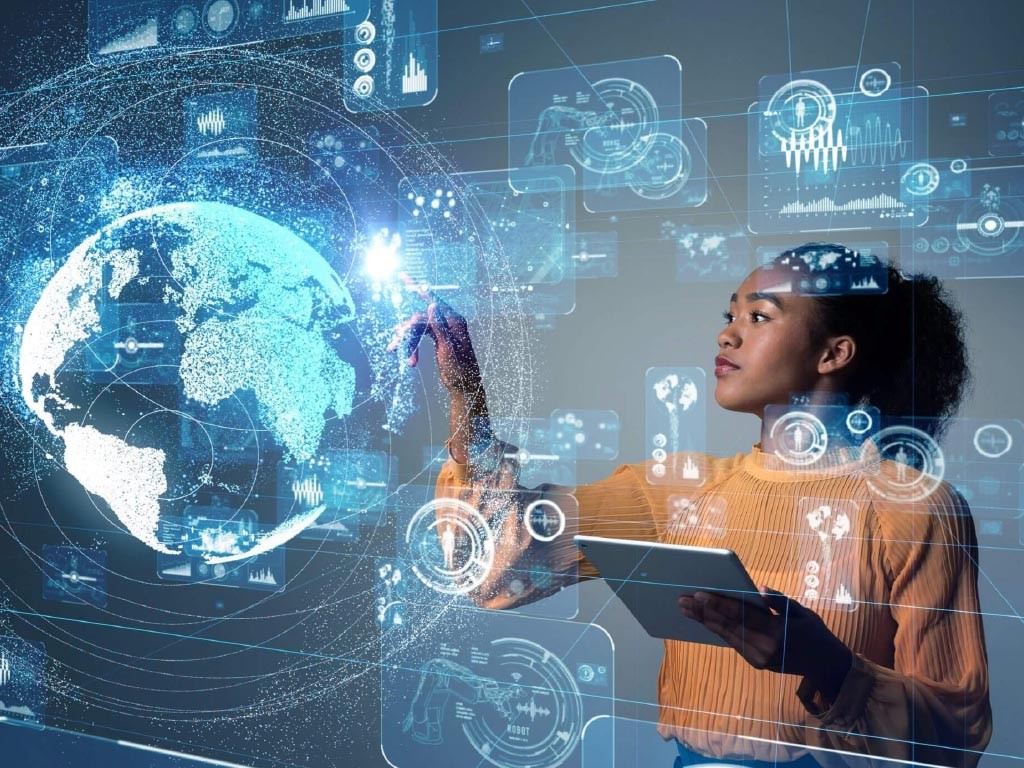 Innovation and Technology in Energy

Innovation and increased use of technology have become integral parts of the global energy industry in recent years as more and more oil and gas sector companies look to streamline operations and prepare for a low-carbon energy future.

Digital transformation has been a key tool in energy to reduce downtime, cut costs, and perform remote work and inspection in harsh offshore environments. As all oil and gas firms look to remain relevant in the energy transition, they are exploring opportunities in innovation and research and development (R&D) into ways to monitor and reduce emissions from operations, make carbon capture affordable and green hydrogen production cheaper, or produce more sustainable shipping and aviation fuels.

Going forward, technology and innovation will play an increasingly important role in the energy transition and the energy industry’s efforts to offer more low-carbon energy solutions to customers.

By the end of this decade alone, oil and gas firms globally are set to spend as much as US$15.6 billion on digital technologies, as they look to overcome commercial, operational, and existential challenges, technology intelligence firm ABI Research said in a report in December 2021.

Technology and digital transformation could help oil and gas companies analyse the condition of their assets, support action plans to expand low-carbon operations and renewable energy production and prepare for the inevitable volatility of energy commodity prices, ABI Research notes.

Safety of operations and securing assets against cyber threats are key priorities for the energy sector, which is also seeking to proactively prepare for the energy transition.

“Safety and Security are top priorities for Oil & Gas operators. Data analytics allied with IoT platforms have become essential to identifying issues ahead of time such as pipeline degradation, wellhead performance, and pollution from gas flares. Increasingly, however, network security is rapidly becoming a concern for both the C-suite and Governments,” said Michael Larner, Industrial & Manufacturing Principal Analyst at ABI Research.

Spending on security services is expected to rise by a compound annual growth rate (CAGR) of 8.1 percent from 2021 to 2030 and reach an annual spend of US$640 million at the end of the decade, ABI Research’s analysis has found. Expenditure on by oil and gas companies on Internet of Things (IoT) devices and application platforms is forecast to top US$5 billion in 2030 with data analytics spend approaching US$2 billion, the technology intelligence firm reckons.

“The role of technology is evolving from helping Oil and Gas firms monitor their large, complex, and dangerous operations to helping them optimise their facilities to handle the volatility in their operating environments,” ABI Research’s Larner says.

US$156 million in 2020, up by 36.8 percent compared to 2018. The oil and gas IoT core analytics service revenue is estimated to grow to US$712.7 million over the next half decade, according to ABI Research.

“Partnership examples include Total Oil and Google Cloud, BP and Azure, and Seeq and Saudi Aramco. Simultaneously, the leading IoT vendors are continually competing for the top O&G contracts by offering an end-to-end solution and expanding their marketplace portfolios toward the edge,” Dubrova added.

According to ResearchAndMarkets, global IoT revenue in the energy sector will reach US$59 billion by 2025, up from US$34 billion in 2019.

“IoT can be the backbone of digital transformation in the O&G sector,” ResearchAndMarkets said in a report in February 2022.

“With internet connectivity being available on a larger scale and the hardware costs decreasing, the technology is a more attractive prospect for O&G companies. Ultimately, O&G companies cannot afford to bypass digitalisation, with IoT being a key technology in this process,” says ResearchAndMarkets.

Oil and gas companies are employing digital technologies in their core businesses, and at the same time, they are working in partnerships on innovations that would make low-carbon energy solutions feasible and scalable.

For example, TotalEnergies deployed at the end of 2020 a surveillance robot at its gas plant in the Shetland for a long-term test in a world first autonomous ground robot for oil and gas operations.
In 2021, TotalEnergies started producing sustainable aviation fuel (SAF) at its La Mède biorefinery in southern France and its Oudalle facility near Le Havre.

The development of SAF is one of the strategic paths TotalEnergies is pursuing to meet the challenge of carbon neutrality, as biojet fuels help reduce CO2 emissions from air transportation, it said.

“As a broad energy company, we support our customers by providing innovative solutions to reduce their emissions. This commitment is fully aligned with Total’s climate ambition to get to net zero emissions by 2050,” said Bernard Pinatel, President of Refining & Chemicals at TotalEnergies.

Shell and bp also pursue SAF development, with bp entering a SAF collaboration deal with British Airways and Shell announcing its ambition to produce around 2 million tonnes of SAF a year by 2025. Shell also aims to have at least 10 percent of its global aviation fuel sales as SAF by 2030.

Many of the large oil and gas producing companies also take part in carbon capture utilisation and storage (CCUS) technology and projects and hydrogen production initiatives. Some of the many examples include Aberdeen City Council picking bp to be the Joint Venture partner to deliver the Aberdeen Hydrogen Hub, which will build a solar power facility connected to a green hydrogen production and refuelling facility, or Equinor, Shell, and TotalEnergies investing in the Northern Lights project — Norway’s first licence for CO2 storage on the Norwegian Continental Shelf.

Companies are also expanding the use of drones for surveillance and detection of methane leaks from facilities as many energy firms have already pledged net-zero emissions from operations by 2050 and look to use technology to manage and mitigate emissions.

Innovation and technology will be crucial for oil and gas firms which aim to strengthen their core business and advance low-carbon solutions to thrive in the energy transition.