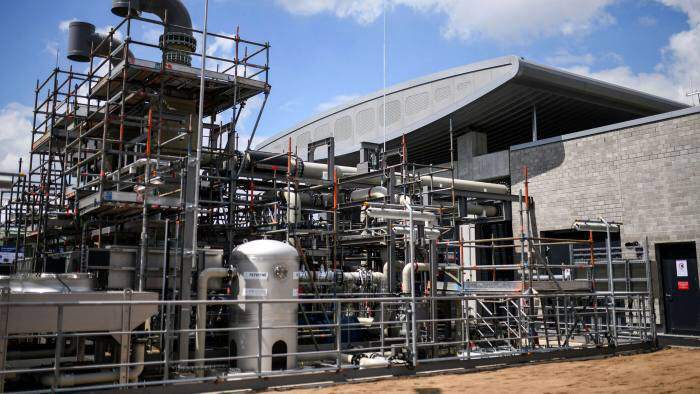 Europe’s gas crisis could speed the transition to clean energy and the adoption of green hydrogen as a viable alternative to oil and gas, according to the International Renewable Energy Agency (Irena).

“Price volatility has been a feature of the oil and gas system,” Francesco La Camera, director-general of Irena, told the Financial Times. “Moving to the new energy system, where hydrogen plays a significant role, brings us less volatility.”

The development of green hydrogen, made from water and using renewable electricity, has become a policy priority for many countries as they prepare to cut emissions to “net zero” by 2050.

An Irena report published on Saturday forecast that the geopolitics of oil and gas, in which producer countries have the power to influence prices, would wane as new fuels including hydrogen become more dominant.

It concluded a “new cartography of energy geopolitics” and a revamped “hydrogen diplomacy” would emerge as production ramped up around the world.

“Hopefully the geopolitics of energy in 2050 will be less important than they are now, because people will have less dependency on small markets that can really influence global energy markets in an unpredictable way that we have today,” said Elizabeth Press, Irena’s director of planning.

Shifts in the value of trade in energy commodities

La Camera said the green hydrogen market was already growing “a bit faster than we had foreseen a couple of months ago”, pointing to recent deals in Germany, Uruguay and Brazil.

Irena estimates that hydrogen could provide 12 per cent of the world’s energy needs by 2050 if global emissions were cut significantly to limit warming to 1.5C.

But the market would develop in a “more regional than global” direction, La Camera predicted, noting that many countries would be able to produce the manufactured gas. As a result, profits were unlikely to reach the levels that are traditionally enjoyed by oil and gas producers, he added.

Big energy consumers, including the US, China, EU, Japan, India and South Korea, have already made hydrogen a major component of their energy plans.

About $65bn has been earmarked for hydrogen production in the next decade, with Germany, France and Japan set to be the biggest investors.

Although the gas is difficult to transport, it can be converted into ammonia for long-distance shipping, or transported through existing natural gas pipelines. A handful of hydrogen-derived ammonia shipments were sold to Japan last year from Saudi Arabia and the United Arab Emirates.

Irena, an Abu Dhabi-based group with more than 160 member counties, conducted a survey that found Australia, Chile, Saudi Arabia, Morocco and the US were best placed to become leading hydrogen producers, due to supportive policies and the availability of renewable power.

EU is the biggest supporter of hydrogen

Fossil fuel producers could also switch to manufacturing hydrogen as an alternative to oil and gas. Saudi Arabia, which is seeking to diversify away from its reliance on oil and gas, said this week it aimed to become the world’s cheapest green hydrogen producer.

There are two main methods of hydrogen manufacture: green hydrogen is produced using renewable electricity, and blue hydrogen is made from natural gas.

To reach climate goals, blue hydrogen must be combined with carbon capture to limit the impact of the associated carbon dioxide and methane emissions.

The recent surge in gas prices has made the economics of green hydrogen look relatively attractive compared with blue hydrogen, which requires natural gas to produce.

The Irena report expects green hydrogen will reach price parity with blue hydrogen by 2030 in many countries, although other studies suggest nearer 2040. At present, the cost of electrolysers, the machines needed to produce green hydrogen, makes it expensive to produce.

“What is happening right now really emphasises the need for a faster transition,” said Press. It shows that we need a different energy mix that will make it safer, secure and more diverse.”