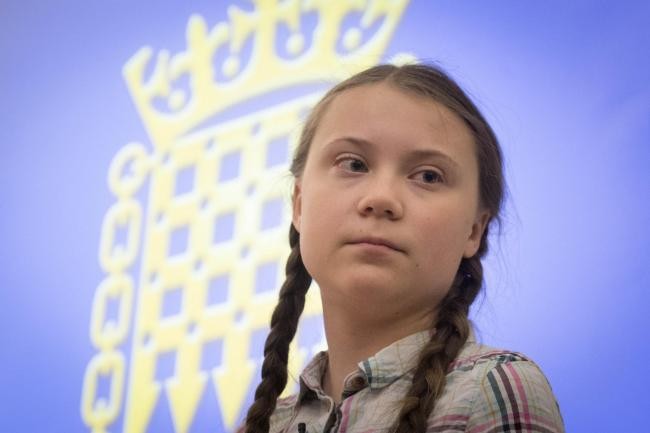 Greta Thunberg: What did activist say about Scotland on climate change ahead of COP26?

Greta Thunberg has said that Scotland is not a world leader on climate change ahead of COP26 which is due to be held in Glasgow later this year.

The activist's comments are contrary to those of the Scottish government, which has previously described its legislation on climate change as "world leading".

It comes just weeks after the SNP signed a historic deal with the Scottish Green party and days after the two green leaders were appointed ministers.

However, the deal has been met with caution by Greta Thunberg, the climate activist who first hit the headlines in 2018 when she started the school climate strikes aged 15.

Since she has become one of the world's leading activists on the climate crisis, and has worked with the likes of David Attenborough on campaigns.

She is an important voice in the climate discussion, so here's what she has said about Scotland's approach in the run up to COP26 later this year.

What did Greta Thunberg say about Scotland's approach to climate change?

Greta Thunberg appeared on BBC Scotland on Tuesday morning to discuss preparations ahead of COP26 hosted by Glasgow in November.

Asked on whether Scotland was a world leader on climate change, the young activist said that no countries were global leaders on the issue.

"No… I mean, there are some countries that do a bit more than certain others, but then if we look at it from a broader perspective then I think we can safely say there are no countries – at least in the global north – that are even doing close to what would be needed."

The Scottish government has described its target to to reach net zero by 2045 as "world leading".

Sceptical of the new SNP-Green deal, Ms Thunberg said that climate change must be tackled at a more systemic approach.

"Of course there might be some politicians that are slightly less worse than others. That was very mean, but you get the point.

"It’s a hopeful sign that people want something that’s more ‘green’ – whatever ‘green’ means – but in order to solve this, we need to tackle this at a more systemic approach."

"I think that maybe summarises the whole situation we are in – the fact that these kind of countries who are actually hosting the Cop is planning to actually expand fossil fuel infrastructure, to open up new oil fields, and so on.

"But also it’s a bit strange that we are talking about single individual oil fields.

"It’s not just that we need to stop future expansions. We also need to scale down existing ones if we are to have a chance of avoiding the worst consequences."

She is yet to decide if she will attend the conference later this year, but confirmed if she did so she would travel by train.