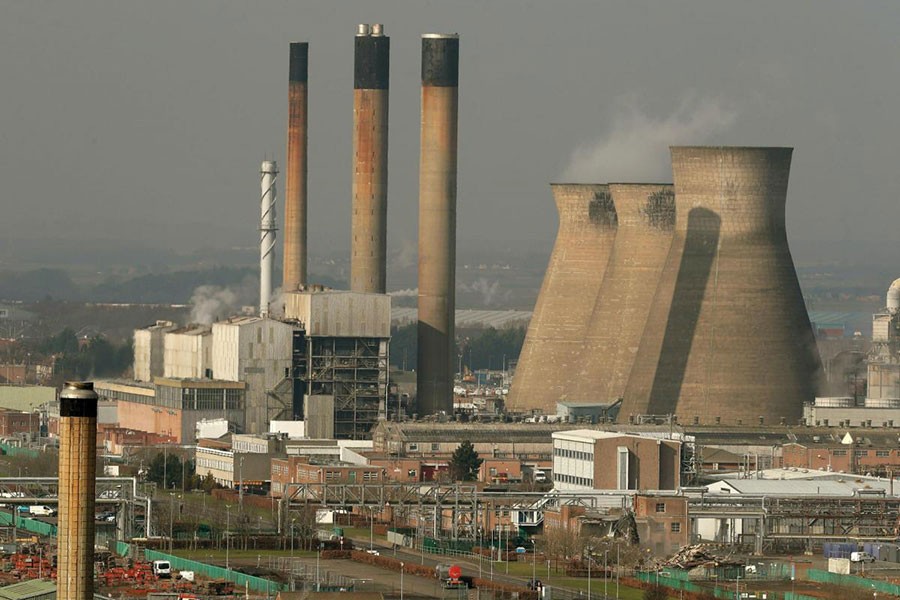 Nearly 100 workers at Grangemouth oil refinery have walked out in a dispute over pay on Wednesday morning.

Maintenance and repairs staff blocked a road normally used by tankers for accessing the site after they walked out in the face of the cost of living crisis.

Last year, workers at the refinery agreed to a pay rise of 5% over two years.

However, with inflation expected to rise as high as 13%, workers are now calling for pay negotiations to reopen as they look for a higher offer.

The strike means that maintenance at the refinery could be paused, with the production of oil and gas across the country being impacted.

Speaking to STV News, one worker said: “This isn’t the path we wanted to go down but we feel like we have no choice now.”

Grangemouth is just one of six refineries across the United Kingdom and supplies two-thirds of the petrol and diesel for forecourts in Scotland.

It is understood that the workers are intending on taking strike action every second Wednesday until there are further talks on a new pay deal.

The workers headed down the A904 as police tried to stop them from moving any further.

The group circled a nearby roundabout and it is believed there was some discussion about them heading back to the power station.

The action has caused some traffic disruption with long tail-backs forming, leading to an angry exchange with a lorry driver who threw the group's leaflet to the ground.

Lorries stuck on a stretch of road on the B9143 were being asked to reverse down the opposite side of the road in order to get out of the traffic jam.

An Ineos spokesperson at the Grangemouth site said: “We can confirm that a number of contractors employed by third parties are taking unofficial industrial action at the Ineos Grangemouth sites as part of a nationwide protest event.

“Our manufacturing and fuel distribution operations are unaffected.

“The site has a very good working relationship with the contracting companies and their employees at Grangemouth, including those operating under the NAECI agreemtn.

“We are disappointed that the protesters have chosen to use the Ineos Grangemouth site as one of their backdrops for their unofficial action today.”

Speaking to the Press Association, a union source said: “During Covid, these workers were incredibly flexible in keeping essential sites going.

“Now they are being offered a pay rise massively below inflation as the cost of living crisis becomes a catastrophe.

“There is an explosion of anger and fear from workers across the country who are rapidly reaching the end of the road.”