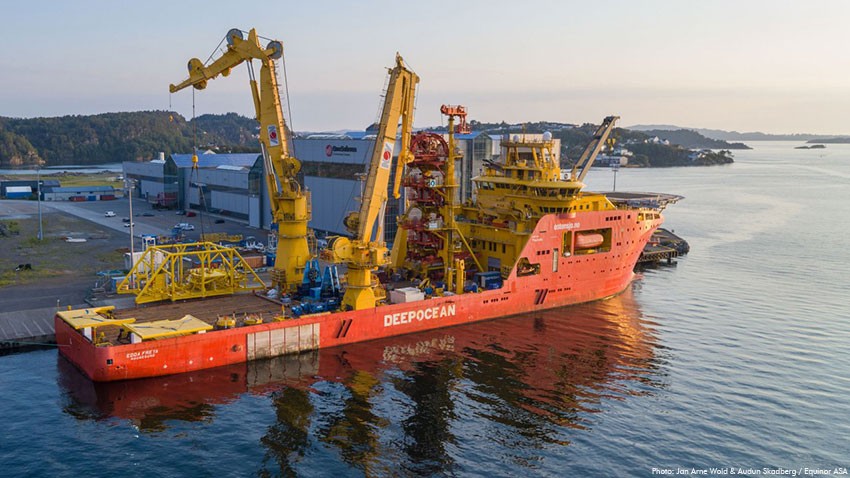 A pump on the seabed gives the Vigdis oil field in the North Sea a boost that increases production by around 16 million barrels.

The Vigdis subsea field has produced oil via the Snorre field for 24 years. When the field came on stream in 1997, it was expected to produce 200 million barrels. So far, it has produced twice as much, and based on new estimates the recoverable resources are 475 million barrels.

“Increasing production from existing fields is important for value creation on the Norwegian continental shelf. We have further developed Vigdis in several phases over several years. It makes me proud that we, together with our partners and suppliers, have managed to further increase the value creation from the field,” says Asbjørn Løve, vice president for the Snorre field.

Increased recovery due to new technology

In December 2018 the licence partners – Petoro, Vår Energi, Idemitsu and Wintershall Dea as well as Equinor – decided to invest around NOK 1.4 billion in the Vigdis Boosting project. This is a project for improved oil recovery (IOR), which includes a multiphase boosting station increasing production from existing wells. This pump came on stream in May.

Connected to the existing pipeline between Vigdis and Snorre A, the boosting station helps bring the well stream from the subsea field up to the platform. In addition, it reduces wellhead pressure, which also leads to higher oil recovery from the wells.

“Advanced processing equipment on the seabed is key in our subsea factory strategy, aiming to increase and extend production from existing fields and contribute to new development solutions on new fields,” says Tungesvik.

Use of subsea pumps is particularly important to deep-water fields with long distances between subsea facilities and platforms. Other examples of such projects are Tordis subsea separation and boosting, as well as Gullfaks subsea compression and Åsgard subsea compression.

The contract for supplying the boosting system, including the template and trawl protection, was awarded to OneSubsea, with engineering in Bergen and assembly at Horsøy near Bergen.

In addition to the subsea boosting station, smaller modifications have been made to Snorre A, which receives the oil from Vigdis, and Snorre B, which supplies the new boosting station with power from a new umbilical supplied by Nexans. Wood has been the main supplier for the modifications and the marine operations have been carried out by Deep Ocean.