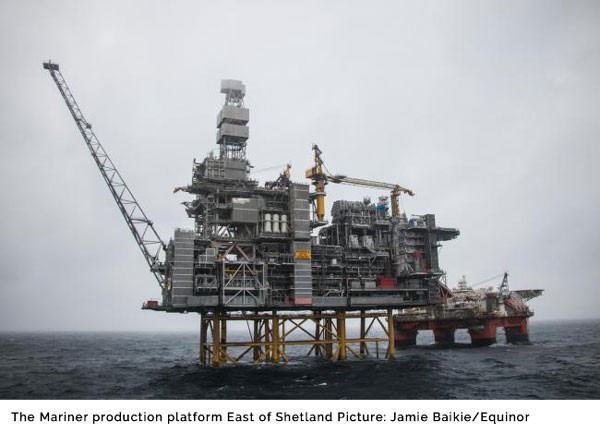 The start of production from the giant Mariner oil field East of Shetland has been delayed following complications with the project.

The oil giant leading the development, Equinor, said the expected start up of the 300 million barrel field had been pushed back to the second half of this year from the first half.

A spokesperson for the Norwegian group said: “For safety reasons we have decided to recheck all the electrical connections on Mariner, that is around 40 000 checkpoints all over the topside. If we get the desired progress in this work … we are targeting start up during the summer.”

Reuters reported that Equinor’s vice president for major projects, Morten Ruth, had said initial tests showed the couplings’ failure rate was too high. “They (electrical couplings) can lead to an explosion if gas gets to the platform,” he said.

Budgeted to cost around £4.5 billion to develop, Mariner is one of the biggest projects undertaken on the United Kingdom Continental Shelf in recent years

When the Mariner platform was put in place in 2017 around 90 miles East of Shetland, Equinor said the field was expected to be in production for 30 years.

Around 800 people are working on the project offshore.