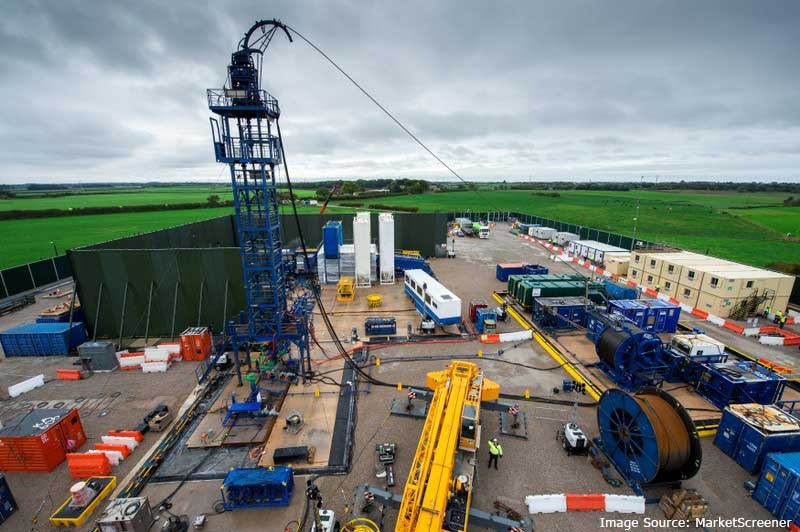 The process, behind a surge in U.S. gas production, involves fracturing rock deep under ground using a mixture of water, sand and chemicals to encourage the flow of hydrocarbons from shale, a dense and tightly-packed sedimentary rock.

It has draw criticism from the public and campaigners concerned about the environmental impact of fracking and the pollution caused by fossil fuels. Protests against the practice led to work at Cuadrilla’s site being halted in 2011.

But the government, keen to cut Britain’s reliance on gas imports which soared to more than 50 percent of gas supplies, has tightened regulations and earlier this year gave consent for Cuadrilla to go ahead again.

“From that we’ll be able to make an assessment of how much gas is recoverable and whether it will be commercially viable to develop the site,” he said on the muddy Preston New Road site.

The industry’s future in Europe may hinge on the outcome. Although fracking has grown rapidly in the United States, it has not been proved viable in Europe despite several attempts, including projects that failed in Poland five years ago.

Fracking has been banned in France, Germany and several other European countries.

Cuadrilla’s well will be the first fracked horizontal well in Britain and the results will be watched by shale explorers such as IGas, Egdon and Third Energy, as well as majors like Exxon which was unsuccessful in Poland.

The plans could also be delayed by an injunction hearing due on Oct. 10. Environment group Friends of the Earth said the injunction was sought by Bob Dennett, a resident in Lancashire, the English county where the project located.

The hearing “will decide whether the injunction is upheld or whether fracking can commence whilst there is an outstanding judicial review over emergency planning procedures at the site,” Friends of the Earth said in a statement.

Egan said this was a “last ditch, desperate attempt to slow us down” and said: “We think we have a very strong case to have that rejected and we will be in court next week arguing that.”

The British Geological Survey estimates shale gas resources in northern England alone could amount to 1,300 trillion cubic feet (tcf) of gas, 10 percent of which could meet the country’s demand for almost 40 years.

Britain has just 6.5 tcf in proved reserves and last year pumped 1.5 tcf, according to the BP Statistics Review. Proved reserves are the strictest calculation of oil and gas that can be commercially extracted. They change as discoveries are made.

Cuadrilla’s aimed to test a consultancy estimate that a single 2.5 km (1.25 mile) well would produce 6 billion cubic feet (bcm) of gas over its lifetime or about 5 million cubic feet a day, Egan said.

If the tests are positive, Cuadrilla has permission for two more wells at the site located next to a road connecting the northern English towns of Preston and Blackpool.

Cuadrilla has enough funds for the current tests. Its shareholder Riverstone, a $38 billion private equity fund, has invested in U.S. shale firms such as pipeline operator Kinder Morgan.