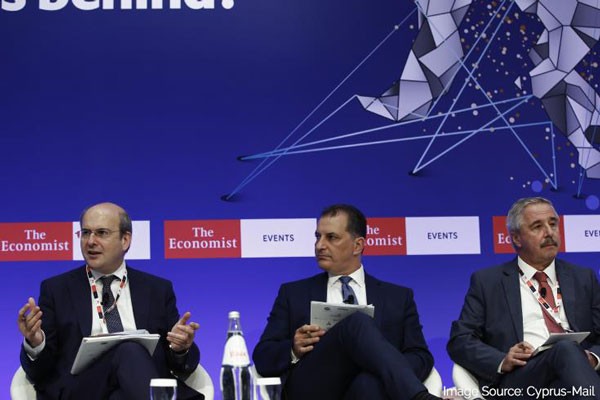 Five exploratory and five appraisal wells will be drilled in the next two years in offshore concessions inside Cyprus’ exclusive economic zone (EEZ), Energy Minister Giorgos Lakkotrypis said on Wednesday.

Speaking at the Economist conference in Athens, the minister noted a recent discovery by ExxonMobil and Qatar Petroleum with the reserve representing more than 40 per cent of the EU’s natural gas for 2018.

“This is an important discovery that will of course help us towards creating an energy corridor either as a producer, a consumer, or a transit country,” the minister said.

In February this year, ExxonMobil announced a gas find estimated between 5-8 trillion cubic feet (tcf) in the Glafcos (Glaucus) 1 well in Block 10 of the EEZ.

Glafcos was the second of a two-well drilling programme in Block 10. The first well, Delphine-1, did not encounter commercial quantities of hydrocarbons, the company said.

This is the second big find following Noble Energy’s discovery of 4.5 tcf in 2011 in the Aphrodite field in Block 12.

Of Turkey’s violations, Lakkotrypis said Ankara’s target is to create instability in the Eastern Mediterranean and discourage energy giants from investing.

He suggested that Turkey could join the EastMed Gas Forum and become a part of the solution and not the problem.

The Cypriot government has urged Turkey repeatedly in recent days to agree to talks on the delineation of the sea zones without any response.