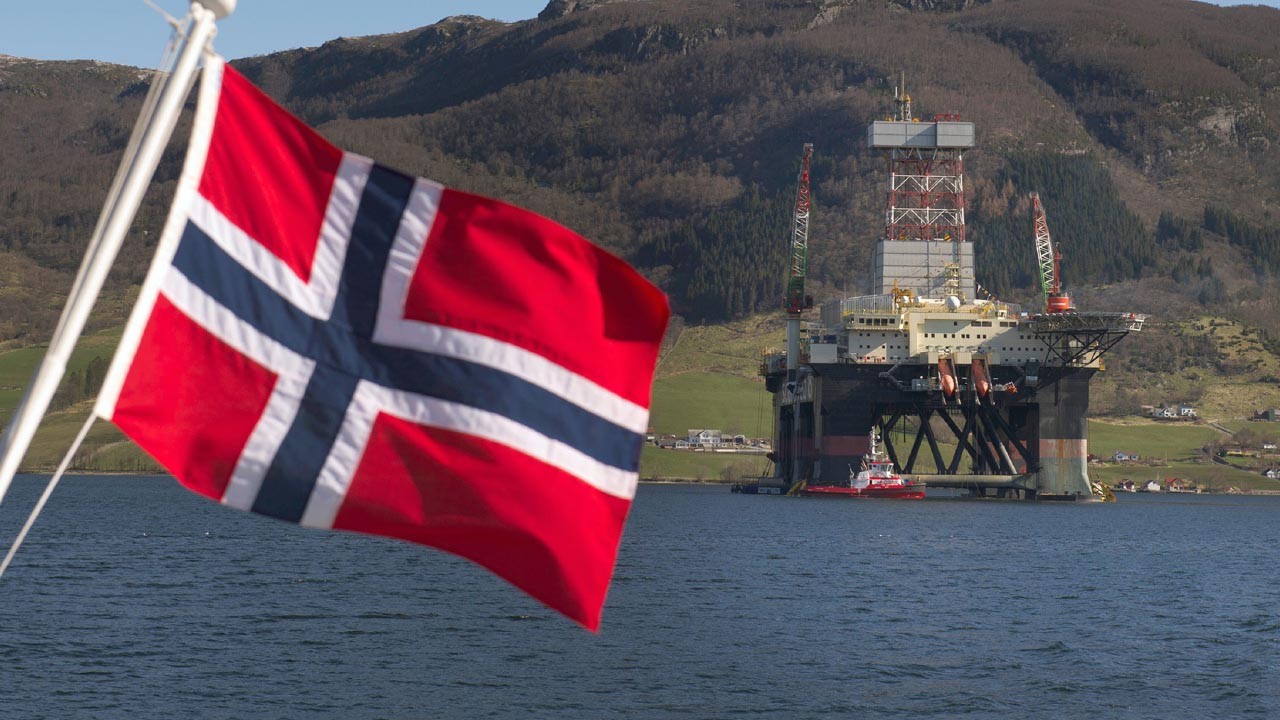 Permits for increased gas production in Norway and new oil and gas discoveries on the Norwegian Continental Shelf, UK renewable auctions and opportunities, and announcements of major hydrogen projects across Europe featured in the European energy sector over the past month.

As Europe scrambles to procure non-Russian gas, Norway approved applications from operators to boost production from several gas fields – Troll, Gina Krog, Duva, Oseberg, Åsgard, and Mikkel. The Energy Ministry has also granted a production permit for the Nova gas field, which is expected to start up in the near future. The permits for higher gas production mean that Norway is on track to export record volumes of gas through its pipeline system this year, the Energy Ministry said. Norway’s gas fields supply 20-25% of the gas demand in the EU and the UK.

Production from Frosk is set to begin in 2023 with an expected production horizon of 10 years, while production start-up at Tommeliten A is planned for 2024. Total investments in the Frosk project are projected at around NOK 2 billion (US$230 million), while recoverable reserves at the field are estimated at around 10 million barrels of oil equivalents, operator Aker BP said. The Frosk field will tie back to Alvheim FPSO via existing subsea infrastructure and will utilise free capacity in processing facilities.

Norway also averted in early July a major strike at oil and gas fields, after the government intervened and imposed compulsory arbitration in the dispute over pay between the employers’ association, Norwegian Oil and Gas, and trade union Lederne.

Aker BP made a gas discovery near the Skarv field, with preliminary estimates indicating recoverable gas volume at between 25 and 80 million barrels of oil equivalent. Further delineation of the discovery is planned in 2023.

As part of efforts to reduce dependence on Russian gas, Gasunie subsidiary EemsEnergyTerminal has signed the first suppliers that will supply LNG via the port of Eemshaven in the Netherlands. ČEZ a.s. and Shell Western LNG B.V. have jointly contracted 7 billion cubic metres (bcm) of capacity—an important precondition for the security of supply of LNG.

EemsEnergyTerminal expects the remaining 1 bcm of capacity to be sold in the coming months.

The UK’s Fourth round of Contracts for Difference scheme, the biggest renewables auction so far, secured almost 11 gigawatts (GW) of clean energy - enough to power around 12 million homes, the UK government said in early July. The round secured the 11 GW across a range of clean technologies, including offshore wind, solar, onshore wind, and - for the first time ever - floating offshore wind and tidal stream – helping to boost British energy security and independence with cleaner, more affordable and diverse energy created in the UK.

The UK government’s British Energy Security Strategy set out how Great Britain will accelerate the deployment of renewable technologies, with an ambition to see 95% of electricity being low carbon by 2030. The strategy also set out an increased ambition for the number of clean jobs in the UK by supporting 90,000 in offshore wind by 2030.

The Crown Estate identified on 5 July five broad ‘Areas of Search’ for the development of floating offshore wind in the Celtic Sea – a region rich in natural resources, including world-class wind resource that can be developed with floating turbines. It is intended that these areas will deliver 4 GW of floating offshore wind power by 2035 – kick-starting industry in the region and providing power to almost four million homes, The Crown Estate said.

Six fixed offshore wind projects, with the potential to generate renewable electricity for more than 7 million homes, have been given the green light by the Secretary of State for Business, Energy and Industrial Strategy to enter into an Agreement for Lease with The Crown Estate.

UK’s offshore industry investments could generate 26,000 new green energy jobs by 2030, according to research by Robert Gordon University (RGU), but only if investment conditions were right.

The UK could have an active Floating Offshore Wind (FOW) workforce of between 22,000 and 67,000 by 2040, according to a report developed and delivered by Opergy Limited in partnership with the Offshore Renewable Energy Catapult’s Floating Offshore Wind Centre of Excellence (FOW CoE). The actual number will depend on the deployment strategy pursued by the UK, the report says. With a base case deployment scenario of more than 18 GW, this will require an active workforce of more than 31,000 employed in floating offshore wind by 2040.

“Key shortfalls in skills and jobs have been identified in a number of areas. This includes development and consenting, project management, electrical and high voltage electrical systems (including cable jointing), and a range of vocations and skills associated with fabrication and advanced manufacturing. More broadly there is a shortfall in digital skills across all areas and, to a lesser extent, most engineering disciplines,” the report noted.

The Global Underwater Hub (GUH) said in early July that floating offshore wind represents the greatest opportunity for the £8 billion subsea industry in the UK this generation and must not be missed.

“With our world-leading status and marketshare, the subsea industry clearly has competitive advantage. The underwater elements of manufacturing, assembling, installing and then operating and maintaining floating offshore wind projects are eminently transferable from offshore oil and gas, where subsea expertise was, largely, honed and refined,” said Neil Gordon, Chief Executive of GUH.

Johnson Matthey (JM), a sustainable technologies provider, announced that it is building a £80 million gigafactory at its existing site in Royston, UK, to scale up the manufacture of hydrogen fuel cell components. Earlier this year, JM announced a refreshed strategy, with an ambition to be the “market leader in performance components for fuel cells and electrolysers”, targeting more than £200 million sales in Hydrogen Technologies by end of 2024/25.

Equinor said that supply chain bottlenecks, especially in the global steel market, would delay the delivery of the final four tower sections for the wind turbines at the Hywind Tampen project. The seven first Hywind Tampen turbines will come on stream this year as planned, but the final four will be installed next spring at the site, which is about 140 kilometres off the Norwegian coast.

The shareholders of Mainstream Renewable Power and Aker Offshore Wind have entered an agreement to combine the two companies to create a stronger renewable company with a 27-GW portfolio across solar, onshore wind, and bottom-fixed and floating offshore wind projects.

bp and thyssenkrupp Steel announced on 11 July they had signed a memorandum of understanding (MoU) focused on the development of long-term supply of low-carbon hydrogen and renewable power in steel production, helping accelerate the steel industry’s wider energy transition.

“As part of our strategy to provide a range of decarbonisation solutions to corporates, bp is already investing in and working to develop a portfolio of industrial-scale hydrogen projects in Germany, the Netherlands, Spain, the UK and Australia. With our aligned ambitions and complementary investments, thyssenkrupp Steel and bp can together help this hard-to-abate sector decarbonise faster,” said William Lin, bp Executive Vice President, regions, cities & solutions.

Shell will start building Europe’s largest renewable hydrogen plant after taking the final investment decision to build Holland Hydrogen I on the Tweede Maasvlakte in the port of Rotterdam. The renewable power for the electrolyser will come from the offshore wind farm Hollandse Kust (noord), which is partly owned by Shell.
Hydrogen company HyCC plans a Project H2era to construct a 500-MW green hydrogen plant in the Amsterdam port area. HyCC intends to start operations of the new plant in 2027. HyCC and the Port of Amsterdam have completed a first feasibility study and the project will be further developed in the coming months during the study phase (pre-FEED).

Gasunie will develop the hydrogen network in the Netherlands in the coming years, after which it will assume the role of TSO (Transmission System Operator), the company said at the end of June, after Dutch Minister for Climate and Energy Rob Jetten announced new plans for the construction of a national transport network for hydrogen.

NECCUS - Being real about industrial decarbonisation and what does Snow White have to do with it anyway?