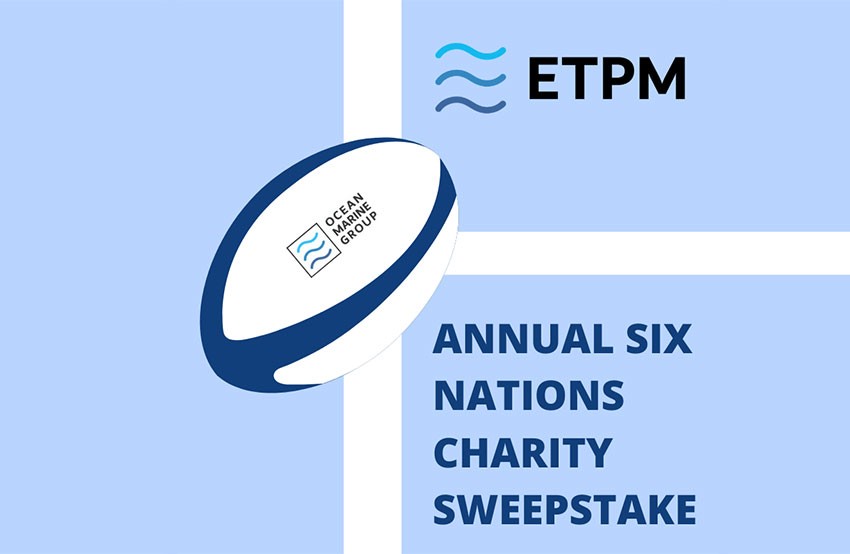 The figure has already surpassed this year’s target of £2,000 and is an 111% increase on the total raised last year.

The funds raised have come from sweepstake admission fees and from donations. Now, in the lead up to the second weekend of action, the team at ETPM has doubled its target total to £4000 and is hoping clients, friends and supporters will help them cross the fundraising try line by continuing to donate throughout the tournament.

This is the sixth year that ETPM has organised and run the sweepstake and in that time it has raised more than £10,000 for good causes. This year’s recipients are Aberdeen North Foodbank, NHS Grampian Endowment Foundation and Alzheimer Scotland. Previous recipients have included The Wooden Spoon, The Bill McLaren Foundation, Roxburghe House and Befriend a Child as well as a number of small, local rugby clubs.

“We have been blown away by the generosity of participants so far,” said Jay Smith, Recruitment Manager at ETPM. “Given the challenges that everyone has been through over the past year we thought that the target of £2000 was ambitious, but to exceed it by so much after just the first weekend of rugby is fantastic and we’re looking forward to building on that as the tournament progresses.

“2020 was difficult for many of us, but many charities in particular have really suffered with the impact of the pandemic drastically reducing donations and their ability to hold fundraising events. This is especially hard in a year where their services are needed more than ever before.

“That’s why we really want to raise as much as possible for this year’s nominated charities. It is too late now to enter the sweepstake but we continue to invite donations. These should be made to https://super-saturday-rugby.co.uk/

Participants in the sweepstake had to predict the winner of each match in the Six Nations tournament and also Scotland’s overall points total. The culmination of the event is on Saturday, March 20th – Super Saturday.