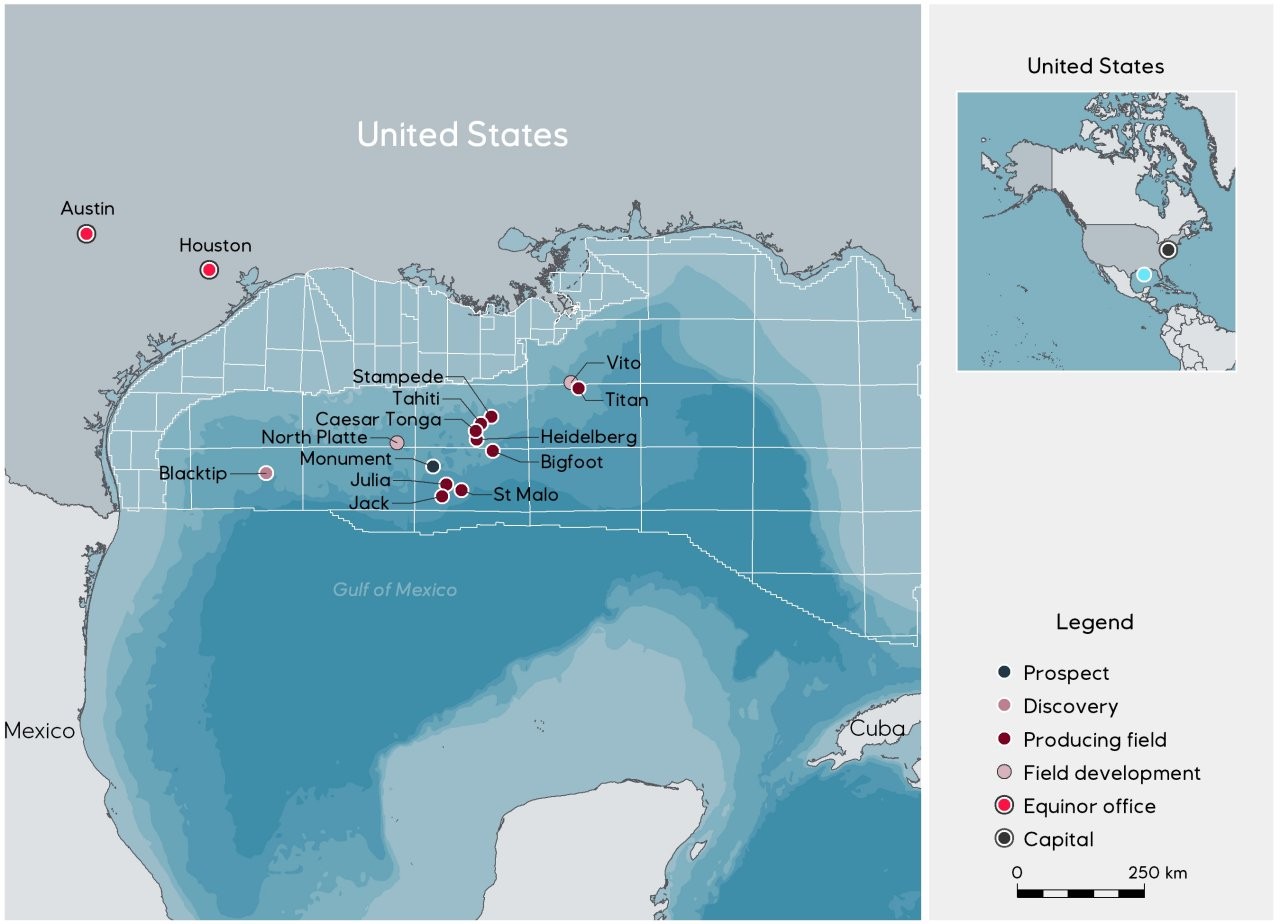 Equinor has exercised its preferential rights to acquire an additional 22.45% interest in the Caesar Tonga oil field from Shell Offshore Inc for a total consideration of USD 965 million in cash. This will increase Equinor’s interest from 23.55% to 46.00%.  Anadarko remains the operator with a 33.75% interest, and Chevron retains its 20.25% interest.

The Caesar Tonga field is located 180 miles (290 kilometres) south-southwest of New Orleans in the Green Canyon area and is one of the largest deepwater resources in the US Gulf of Mexico.  Equinor’s current share of production from Caesar Tonga is 18,600 boepd (net to Equinor).

“We are pleased to increase our presence in the US, one of our core areas. This is an asset we understand well, and our larger interest will deliver significant additional free cash flow from day one”, says Christopher Golden, Equinor’s senior vice president for Development and Production International, North America Offshore.

"Deepwater Gulf of Mexico forms an important part of Equinor’s portfolio. This deal will strengthen our position in this prolific basin and build on the recent discovery in the Blacktip well. Later this year we will be drilling the Equinor-operated Monument prospect, which has the potential to further develop our position in the Gulf of Mexico," adds Golden.

Equinor has been present in the US Gulf of Mexico since 2005 with exploration prospects and interests in eight producing fields and two in development. Equinor is the owner and operator of the Titan facility.

Equinor is planning to drill the Monument Paleogene prospect in the US Gulf of Mexico in 2019.

In addition to its offshore portfolio in the US Gulf of Mexico, Equinor has extensive US onshore operations in the Eagle Ford (Texas), the Bakken (North Dakota) and the Appalachian basin (Ohio and Pennsylvania).

Equinor has approximately 1,000 employees in the US with main offices in Houston (TX), Austin (TX) and Stamford (CT).