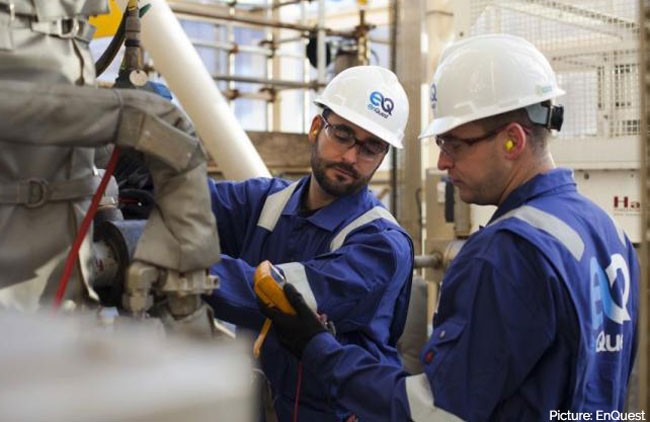 Bressay, a heavy oil field in the Northern North Sea, lies in 110 m water depth across UK license blocks P234, P493, P920 and P977 and 12 km Northeast of the EnQuest-operated Kraken heavy oil field. Bressay is one of the largest undeveloped oil fields in the UKCS with an estimated stock-tank oil initially in place (STOIIP) of 600-1,050 MMbbls. Discovered in 1976, it has been appraised through the drilling and testing of four further wells, with flow rates of up to 2,900 b/d of oil achieved.

Bressay contains 11-14° gravity oil with a 64-550 cp viscosity. EnQuest, at the time the deal was announced, said the asset adds up to 115 MMbbls of net 2C resources and that a number of development scenarios are under consideration, including a potential tie back to Kraken. If developed via Kraken, Bressay produced gas may be used for fuel for the FPSO, reducing carbon emissions over the longer term, the company said.

EnQuest acquired a 40.8125% interest in and operatorship of the continental shelf development. Equinor holds a 40.8125% non-operated interest, with Chrysaor retaining an 18.375% interest.

Equinor completes farm down of Dogger Bank A and B