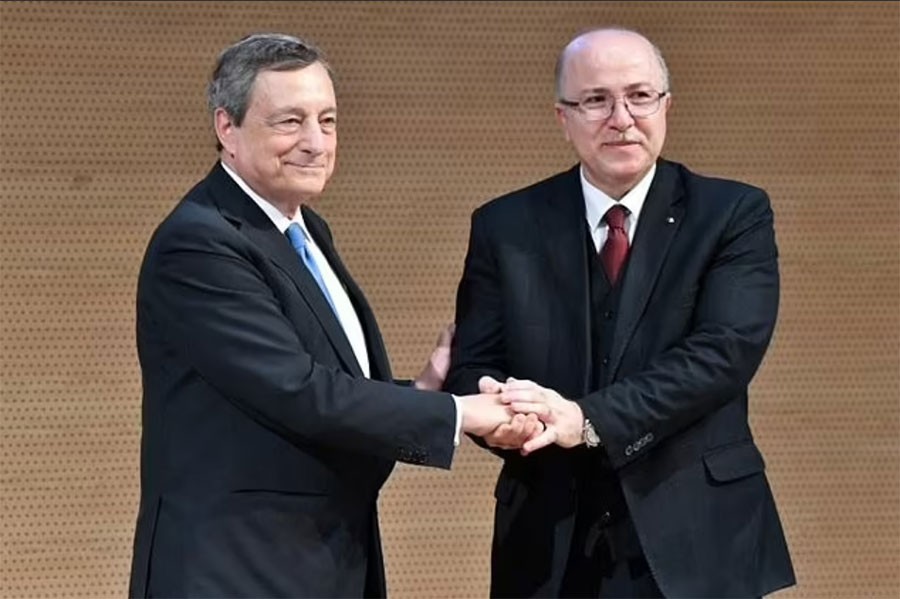 Italy's Eni, US major Occidental, France's Total and the Algerian group Sonatrach signed a $4 billion oil and gas production-sharing contract Tuesday for the Berkine field in the country's southeast.

Algerian President Abdelmadjid Tebboune, hosting his Italian counterpart Mario Draghi on Monday with whom he sealed a clutch of deals, said the 25-year accord would provide Rome with "significant volumes of natural gas", as Europe seeks alternatives to Russian supplies.

The accord aims to produce one billion of oil equivalent barrels, Sonatrach said in a statement.

The partners will "develop additional liquid hydrocarbon resources, while reducing these fields carbon intensity through a dedicated carbon reduction program", Total said in a separate statement.

The deal was signed under Algeria's 2019 hydrocarbon law that allows for production sharing with foreign partners. It drew heavy criticism from the Algerian opposition and street protests over an alleged sell-out of national resources.

According to an Algerian government source, the North African country will increase gas exports to Italy by four billion cubic metres in the coming days.

Italy buys the majority of its natural gas from abroad, with some 45 percent of its imports historically coming from Russia.

But Rome has increasingly looked to Algeria, historically its second biggest supplier, to reduce that dependence after Russia's invasion of Ukraine sparked sanctions against Moscow and sent energy prices soaring.

Algeria is Africa's biggest gas exporter and supplies around 11 percent of the natural gas consumed in Europe.