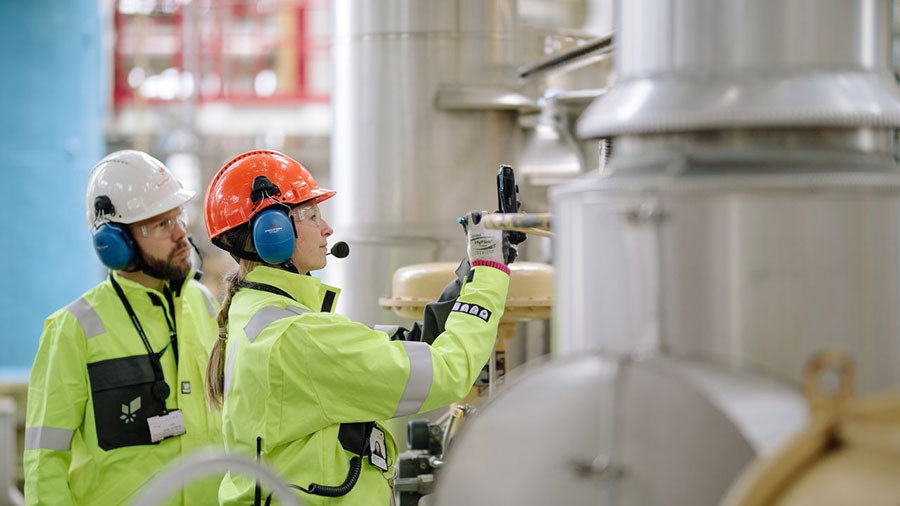 In February, energy groups ENGIE and Equinor announced an MoU to develop low carbon hydrogen projects together. Now the two companies move forward and announce the H2BE project which aims to develop production of low-carbon hydrogen from natural gas in Belgium.

The Belgian federal government released its Hydrogen Strategy on 29 October and the H2BE project will help Belgium deliver on the strategy. The H2BE project aims at producing hydrogen from natural gas using autothermal reforming (ATR) technology combined with carbon capture and storage (CCS).

The ATR technology allows for decarbonization rates above 95% and for producing hydrogen at large (GW) scale at competitive cost levels. The captured CO2 is planned to be transported in liquid form and to be permanently and safely stored at a site in the sub-surface of the Norwegian North Sea.

The H2BE project fits well the Belgian and Flemish hydrogen strategies. Focused on renewable hydrogen, these also emphasize the key role of low-carbon hydrogen to reach decarbonization targets and to swiftly ramp-up a clean hydrogen market and infrastructure in the coming years.

Moreover, discussions are ongoing with North Sea Port on integration with port infrastructure. The H2BE project fits within “Connect 2025”, the recently published strategic plan of North Sea Port, by accelerating the transition towards carbon neutrality and the development of the required hydrogen and CO2 infrastructure.

Having necessary hydrogen and CO2 infrastructure in place are crucial elements for the success of the project. Therefore ENGIE & Equinor joined forces with Fluxys, the independent gas transmission system operator in Belgium.

Making available substantial volumes to the market, the H2BE project would be a key building block for the open access hydrogen and CO2 infrastructure Fluxys Belgium is planning to develop to connect supply and demand across industrial clusters in Belgium and neighbouring countries. The collaboration of the H2BE project with Fluxys will hence create synergies with other hydrogen and CO2 capturing projects, lowering the overall costs.

All partners aim to start operations well before 2030 in order to contribute to Belgium’s 2030 interim decarbonisation targets.

“ENGIE is convinced that decarbonized thermal energy is required to achieve carbon neutrality in our economy, alongside renewable electricity sources. Therefore, ENGIE is fully committed to developing renewable and low carbon hydrogen solutions. We firmly believe that renewable and low-carbon hydrogen, with multiple uses and advantages, have everything to be the undeniable ally to accelerate the development of a solid infrastructure and the transition to a carbon neutral economy. We are glad to pursue our work on this project with Equinor, a long-standing partner for more than 40 years. We are convinced that our project is a strong tool for a successful implementation of the Belgian hydrogen strategy released by the federal government end of October.”

“We are delighted to launch the "H2BE" project. Together with our partners we have developed a foundation that has the potential to deliver reliable low-carbon hydrogen from natural gas to enable large-scale decarbonization of industries, including continuous and flexible electricity production. Equinor believes that hydrogen and CCS are vital to succeed with the energy transition and to reach net-zero ambitions. Together with our partners we have a strong and complementary expertise covering all parts of the value chain. We will leverage this when moving this project forward with the goal of realization and contribution to the success of Belgium’s hydrogen economy.”