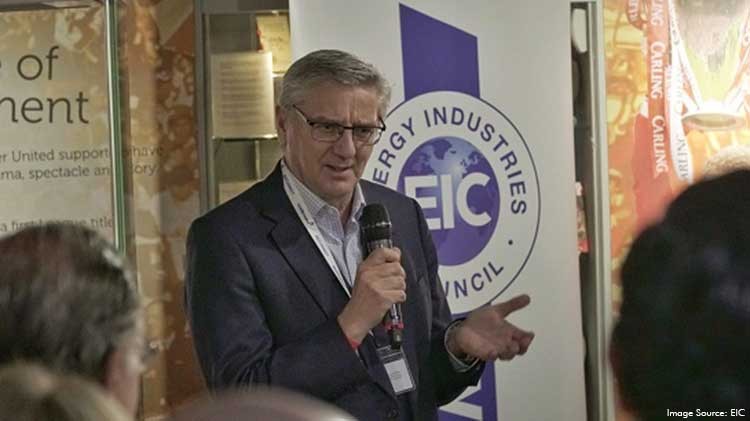 The Energy Industries Council (EIC) is delighted to announce Campbell Keir as its new President.

Mr Keir was appointed earlier in April 2020 taking the helm from Chris Haynes OBE, who was President for three years.

Mr Haynes was instrumental in encouraging EIC’s significant expansion over that period, establishing its position as the UK’s largest energy trade body and growing its product portfolio to enhance member benefits around membership options, market data, events and insights.

Mr Keir commented: “I am delighted to join EIC as its new President. I look forward to working with Stuart Broadley and his team to achieve their objectives, especially for the longer-term, as we transition to Net Zero Carbon by 2050. In my role, I want to act as an advocate for the energy sector on behalf of EIC and its members at a time when the sector and supply chain is undergoing a period of transition.

“I believe EIC is already playing a strong role in the UK which will only increase, and I see the organisation strengthening its position and influence overseas in coming years too.”

Stuart Broadley, EIC CEO, commented:“I was privileged to work with Campbell when he was Head of Energy and Infrastructure at the UK government’s Department for International Trade for four years.  We developed a friendship and strong mutual understanding of how to help businesses grow at home and internationally. We worked very well together then, and I am therefore absolutely delighted that Campbell has agreed to join us as our new President so we can continue that strong relationship and further build EIC member benefits in this most challenging and dynamic of markets.

“I would like to also thank Chris Haynes for his sterling work with us over the last three years. He worked with me as the industry recovered from the last oil crisis after 2014 and was a huge advocate for EIC and our members.”

Mr Keir has more than 30 years of professional experience in the oil and gas industry. After graduating with a master’s degree, he joined Shell International as a Petroleum Engineer. He has worked in operations and technical positions in the Netherlands, Malaysia and Abu Dhabi followed by a series of senior roles throughout the Middle and Far East.

He spent seven years as Country Chair and VP for Shell in Kazakhstan. In 2015 he was seconded for two years into Department for International Trade (DIT) as Deputy Director for Energy, then joining the same government department as Deputy Director of Energy and Infrastructure.