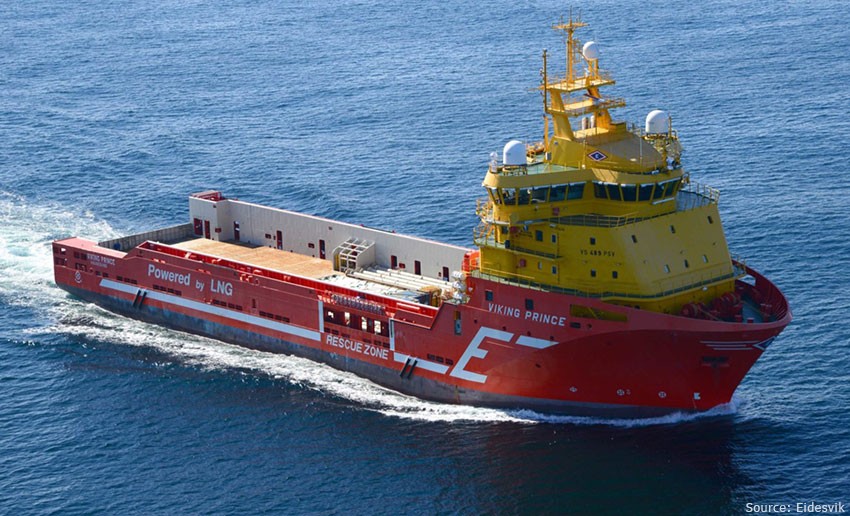 Norwegian oil company Aker BP has awarded a contract to compatriot shipping company Eidesvik Offshore for one of its platform supply vessels.

Eidesvik Offshore said on Friday that the time charter contract with Aker BP was for the Viking Prince platform supplier.

The company added that the contract was awarded under the current frame agreement for a drilling campaign indicated for a period up to 120 days which will start in April 2021.

Before this contract was awarded, the Viking Prince was previously awarded a time charter deal for the period from primo September to ultimo December 2020.

According to VesselsValue data, that charter deal came after a one-year deal which ended primo June 2020. It is worth noting that both deals were also awarded under the frame agreement with Aker BP.

The duration of the frame agreements was initially for three years, with the option of two additional periods of two years each.

At the time, Aker BP described the deal as “a more integrated concept involving the entire chain of offshore logistics, where platform supply vessels (PSV) are an essential part”.

Aker BP used the frame agreement aims to reorganise the value chain to drive significant improvements and increase efficiency in how it operates its assets on the Norwegian Continental Shelf.

The oil and gas company sees the establishment of these frame agreements as the first step towards a strategic partnership with selected suppliers, with the potential to evolve into a future alliance concept.

As for the vessel, the Viking Prince is a PSV of a VS489 design built by Kleven Verft. The LNG-powered vessel was named in Aalesund, Norway, in March 2012 and delivered to Eidesvik the following month.