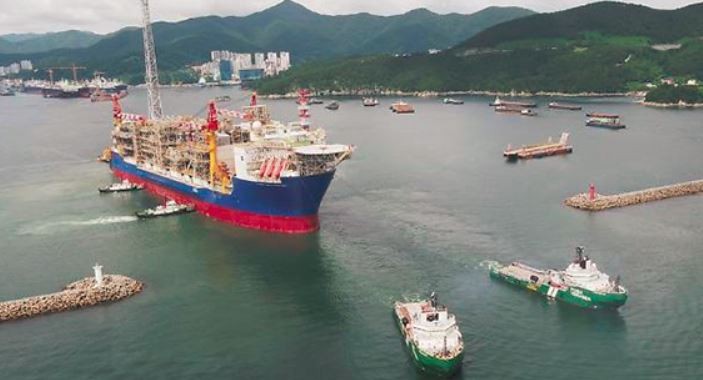 The race to win Chevron’s $2 billion offshore project has been narrowed down to South Korea’s Daewoo Shipbuilding & Marine Engineering Co.

(DSME) and a Singaporean rig builder. According to industry sources on Monday, DSME and Singapore-based Sembcorp Marine were shortlisted for the bid from the U.S. energy major to build a floating production storage and offloading (FPSO) vessel.

Chevron is expected to select a preferred bidder as early as next month, according to sources. Last year, Sembcorp Marine beat out Korea’s top three shipbuilders to secure the Johan Castberg FPSO contract from Norway’s Statoil.

It also won a deal from Royal Dutch Shell to build a floating production unit for the Vito project in the Gulf of Mexico, despite Shell’s long history of business partnerships with Samsung Heavy Industries.

The latest deal will be closely watched by industry players as Korean shipbuilders, which had dominated the global shipbuilding industry, have been losing ground against Singaporean and Chinese rivals in recent years.

Hyundai Heavy Industries and DSME have not landed a single offshore project since 2014.