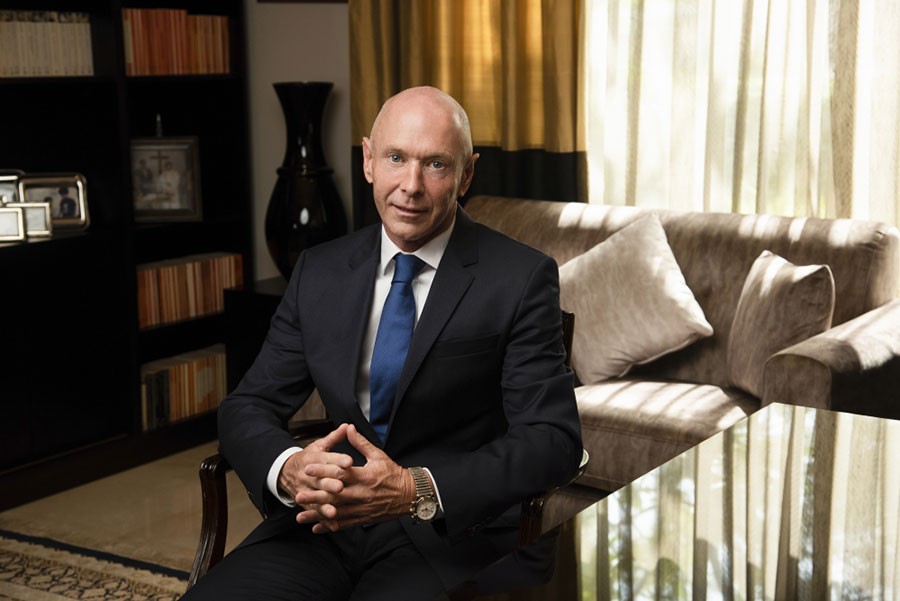 In a first for Dubai and the UAE – UFI the Global Events Industry Association has elected Geoff Dickinson, CEO of dmg events, as their president for 2024, recognising Dubai and Abu Dhabi as world leading event destinations.

Under the leadership of Dickinson since 2010, Dubai-headquartered dmg events is one of the top twenty, international exhibition and conference organisers, with ten offices around the world and organises nearly 100 events annually.

Commenting on his appointment, Dickinson said: “I am truly honoured to serve an industry that I am so passionate about. This is the first time any event professional from the UAE has been appointed to this prestigious role and I am sure that the UAE’s status as a leading international events hub, especially having hosted the ‘world’s greatest show’ Expo 2020, was at the very least, a contributing factor.”

UFI is the global association of the world’s leading tradeshow organisers and its main goal is to represent, promote and support the business interests of its members and the exhibition industry in general.

UFI directly represents around 50,000 exhibition industry professionals globally, and also works closely with its 63 national and regional association members and includes 795 member organisations in 83 countries and regions around the world.

“I will always champion the events industry, focusing on diversity, innovation, technology and sustainability,” added Dickinson.

The events industry is vital to the UAE economy. According to an impact report released by the Dubai World Trade Centre, business tourism generated $3.5 billion in 2018, the equivalent of 3.3% of Dubai’s gross domestic product (GDP), and in 2019, over 50% of the 16.7 million international overnight visitors who stayed in Dubai, were business travellers attending events. Taking a global perspective, in 2019 the event industry contributed almost $ 200 billion to the global economy, supporting 1.3 million jobs.

Being an in-person business, the industry has benefited from the swift and decisive action taken by the UAE government to combat the COVID-19 outbreak. Indeed, the UAE was praised internationally for the way in which it reacted, implementing one of the most effective responses globally, which was evident with one of the lowest mortality and infection rates globally.

The teams at DWTC and ADNEC worked tirelessly to ensure that all events ran safely and implemented a range of measures including enhanced cleaning regimes, improved air circulation, multiple hand sanitiser stations, as well as temperature checks, paving the way for international events to return to the UAE once again.

“This approach laid the foundations for the UAE economy to rebound safely and quickly. Large-scale events were up and running again at the Dubai World Trade Centre (DWTC), before the end of 2020,” said Dickinson.

“Trade events are by far the most powerful sales and marketing tools for businesses to connect with existing and potential customers. In numerous surveys, 85% of the businesspeople that responded, showed an overwhelming preference for live face-to-face events compared with virtual events.

In 2021, Dickinson was appointed to the Advisory Board of Dubai International Chamber, by HH Sheikh Mohammed bin Rashid Al Maktoum, Vice President and Prime Minister of the UAE and Ruler of Dubai.

A Dubai resident for nearly 30 years, Dickinson was handed a Golden Visa in 2021.