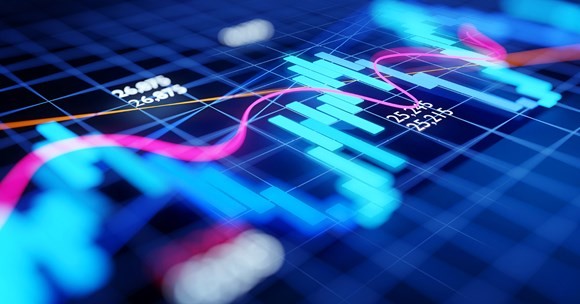 More than 50 years’ worth of crucial North Sea data has been made available by the Oil and Gas Authority (OGA) through its National Data Repository (NDR) – helping companies make better informed decisions as part of the transition to net zero.

The introduction of the new data will help areas including exploration, production efficiency and the drive to net zero – particularly the identification of potential sites for carbon storage – by providing users with immediate access to data that was previously expensive and time-consuming to retrieve.

First opened as an online platform in 2019, the NDR originally housed 100 terabytes of well, geophysical, and other petroleum licence data. Now, transferred to the OGA’s cloud-based Digital Energy Platform, a further 400TB will be uploaded in the coming months.

It is used by more than 100 energy companies to report data under the Energy Act 2016 and Petroleum Act 1998, with that data subsequently disclosed to all generating further value.

“Accessible data is absolutely essential to the future of the industry. It’s vital for exploration, production and for reuse and decommissioning and the drive to net zero.

“The OGA is determined to meet that need by taking data and digital to the next level to enable a digital energy transition. The enhanced NDR is a key part of that improved service which we are proud to offer to industry.”

Data reported to the platform will be aligned to common standards, meaning subsequent users will not have to spend time and money reformatting with the information interpretation-ready and able to be analysed quickly and easily.

Cloud-based technology eliminates the need for physical storage which, as well as reducing costs, enables users to visualise data before downloading the data they need. The enhanced functionality also allows large quantities of data to be downloaded directly without the need to order.

Across industry, government and academia, data is key to ensure the UK continues to lead the world in tackling climate change and builds back greener.

“The National Data Repository will provide greater accessibility to the data needed to support the UK’s oil and gas sector in the transition to a low-carbon energy future, including identifying sites for carbon storage, which is key to us meeting our climate commitments.”

“The Digital Energy Platform will evolve at pace ensuring it meets the needs of industry, government and academia. The NDR element of our platform is a vital part of our national data ecosystem creating additional value for the UK economy.”

“As a current and future user of the National Data Repository I’m very excited to put the updated version through its paces with ease of access and download speed two of the key new features.

“My company is a leader in carbon capture and storage and with improved access to a broad range of subsurface data across a large number of fields and wells we anticipate faster and improved ranking of sites for CO2 storage in addition to minimisation of containment risk via comprehensive reservoir and well integrity characterisation and assessment.”

“Access to reliable data is the solid foundation for sound, evidence-based decision making that provides the basis for safe subsurface solutions in the low-carbon energy transition.

“The NDR provides the data for independent academic research and industry studies in a way that few other countries do and places the UK in a superb position to evaluate carbon storage, geothermal, hydrogen and wind energy opportunities on our pathway to repurposing the North Sea for a net zero future.”

The NDR – which can be accessed at https://ndr.ogauthority.co.uk/ – is available free of charge, with organisations able to download as much as three terabytes per calendar month without charge, after which further data can be purchased at a minimal charge.

Where Blockchain Technology Can Disrupt The Oil And Gas Industry