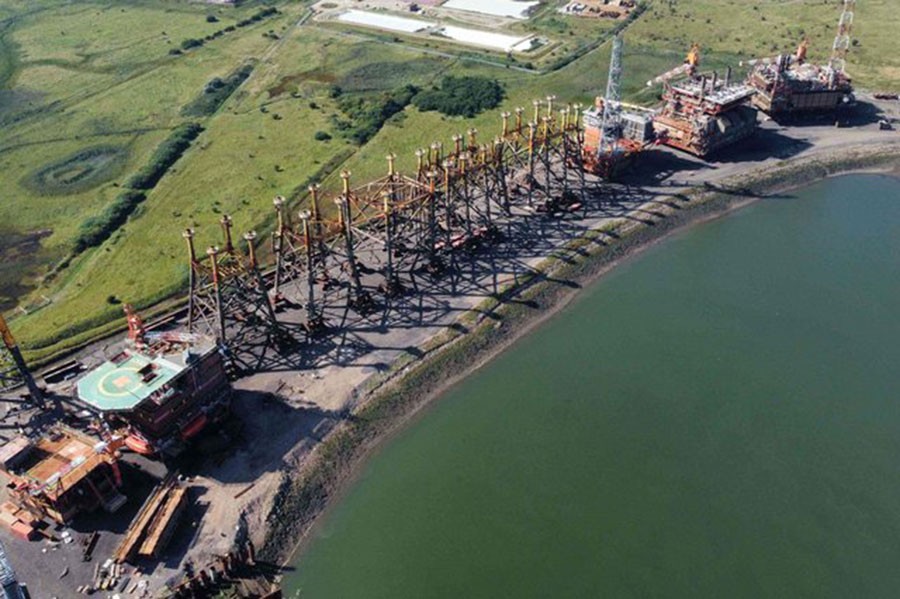 Defunct oil rigs and pipelines could be recycled and reused in green technologies such as carbon capture and storage, hydrogen production, geothermal energy and offshore wind, a new report suggests.

More than one million tonnes of scrapped oil and gas installations are set to be removed from the North Sea and broken up over the next decade in a major operation that will cost nearly £17 billion.

But up to 95 per cent of the material recovered could be reused or recycled, lowering costs and reducing climate emissions.

The findings come from a new report into decommissioning of redundant oil and gas fields by industry body Oil and Gas UK (OGUK).

Legislation requires the structures must be removed once taken out of service.

Some decommissioning work has already been carried out but there is much more ahead – in one of the largest marine removal programmes ever attempted.

OGUK has estimated that disused infrastructure weighing around 1.2 million tonnes will need to be brought back to shore in the next 10 years for reuse, recycling and disposal.

Companies involved in extracting the fossil fuels will spend approximately £16.6 billion pounds on the programme, according to the report, supporting thousands of jobs both directly and in the wider supply chain.

"It’s also a huge opportunity for UK companies to show their engineering skills, powers of innovation and ability to compete on a global scale.”

The industry is aiming to set new standards for waste recovery, with a focus on reuse – where component parts or even whole structures are redeployed for new purposes with minimal modifications.

This reduces energy use and associated greenhouse gas emissions for cutting up, smelting and crushing components or creating new ones.

Mr Leask added: “Decommissioning is also a key part of the UK’s transition to low-carbon energy and its aim of reaching net zero by 2050.

“This is partly because the installations being removed tend to be older and so generate more emissions relative to the oil and gas they produce.

“But it is also because of the growing opportunities for reuse, repurposing and recycling.

"Reuse is when infrastructure or equipment is taken away and used again elsewhere.

“This is already becoming common with forgings, pipeline valves, turbines and electrical kit.

“In the future some assets could be repurposed for new uses such as offshore wind and permanent storage of carbon dioxide by pumping it deep under the seabed.

“This is going to be an exciting 10 years – there’s a huge amount of work to be done and with £16.6 billion to be spent there will be many opportunities for UK companies and workers.”

The report showed decommissioning work on the UK continental shelf has continued through the Covid-19 pandemic, but at reduced levels.

But OGUK said this would be “returning to its usual pace” this year, with nearly 600 due to be decommissioned between 2022 and 2024.

Maersk Decom to close its doors