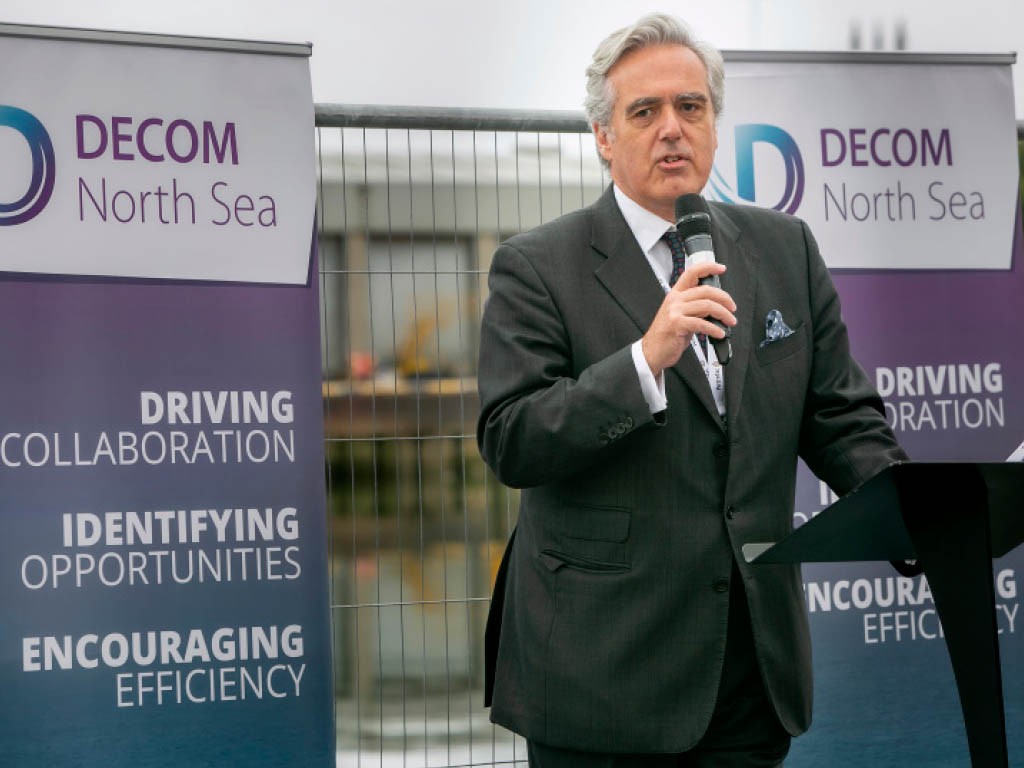 Over 600 delegates attended the inaugural Decom Live - a two-day event which heralded a welcome return to face-to-face events for the energy industry.

Hosted by Aberdeen Harbour Board at Blaikie’s Quay, Decom Live allowed delegates to network in a safe, outdoor environment, whilst giving them the opportunity to visit more than 30 exhibitors and really “kick the tyres” of some impressive bits of kit exhibited on the quayside.

A programme of speakers, which included a number of operators as well as MP Mark Garnier – previously Under Secretary of State at the Department for International Trade and the Prime Minister’s trade envoy to Brunei, Thailand and Myanmar - reinforced the significant export potential for UK decom expertise. Speaking on both days, Mr Garnier was accompanied by DIT colleagues, Jonathan Spencer and Shozey Jafferi, whose presence and interaction with delegates and exhibitors underlined the global opportunities available to the sector.

The Energy Transition was also high on the agenda, with speakers and exhibitors alike highlighting the critical role late life and decommissioning activity will play not only as the industry moves towards a net zero target, but also in the eventual decommissioning of renewable and hybrid power assets.

The buzz around the event and the feedback received illustrated the importance of - and appetite for – highly accessible, “in person” events, and Decom North Sea is delighted to announce that it was just the first of several Decom Lives to take place around the country over the coming year.