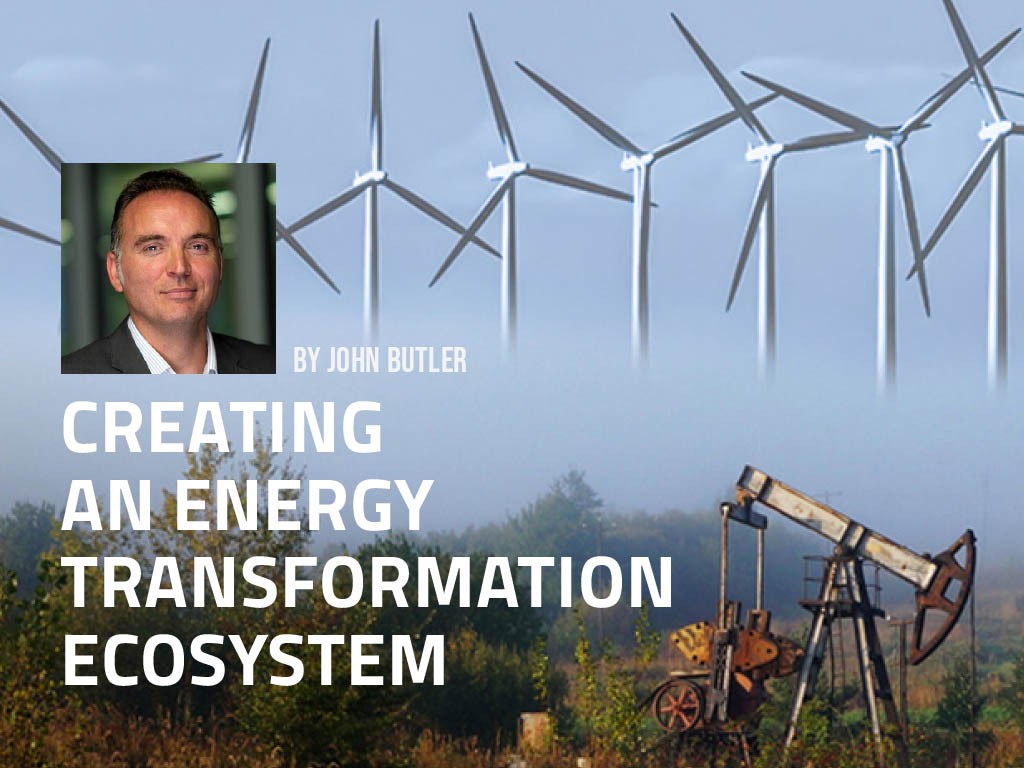 Maybe for the first time ever, the upstream oil and gas industry is facing an existential threat. The industry can no longer plough its own furrow by dominating the energy markets. Oil and gas operators now have to contend with investors who want to see more transparency in the way profits are secured. They are increasingly applying non-financial factors as part of their analysis to identify material risks and growth opportunities. These non-financial factors are typified by Environmental, Social and Governance goals or ESG’s. For companies this is no longer “business as usual”, now as 21st Century Oil and Gas Operators we have to reinvent our business case.

The offshore energy industry in Western Europe is no longer the sole playground for oil and gas. We now share this space with renewable energy companies. Notably, offshore renewable energy is now on a deflationary cost curve. This has been achieved through a combination of economies of scale and standardisation of design and installation. By contrast offshore oil and gas is on an inflationary cost curve, as the hydrocarbons becomes harder to find and therefore more expensive to fund.
“Isolation gives time but not immunity.” - Lamine Pearlheart

So here we are at a cross roads. A data-driven, digitally-enabled society has created a hyper-turbulent world. The rules of the game have not only changed but continue to change at a rapid pace. The oil and gas industry now has to adapt to a new reality, one where we are now a part of an energy ecosystem; a place where decarbonisation is not only an expectation but a requirement. Remaining isolated by being faithful to hydrocarbons alone, is no longer an option. We now have to diversify into alternative energy, just to remain relevant.

It is true that oil and gas will be around for decades to come, after all, energy transformation will be accomplished through the use of hydrocarbons. Nevertheless, oil and gas demand is on a steady, progressive, and chronic decline.  Energy transformation is as much about ensuring that we have reliable sources of energy, while we reduce GHG emissions. This is where oil and gas companies can play a vital role. For decades we, in oil and gas, have challenged convention, developing technologies and techniques necessary to meet the global demand for hydrocarbons. These techniques and technologies can now be repurposed in pursuit of alternative energy which is more sustainable and will meet the ever increasing need for energy.

The energy transformation ecosystem needs to be an interconnected structure where oil and gas operators work with renewable energy developers. More importantly companies have to stop seeing themselves under labels of “oil and gas” or “renewables” but as Energy Companies. It is noteworthy that this trend has already started. BP has spent the majority of 2020 laying out their energy transition strategy with the “reimagine” tagline. The Oil and Gas Technology Centre based in the UK has recently announced that going forward they will be called “OGTC” removing the direct link to Oil and Gas while putting more focus on net zero emission ambitions.

So what do companies do in an Energy Transformation Ecosystem?

To answer this question I have taken two examples. These include businesses that have been around nearly as long as the oil and gas industry. They both have technical skillsets developed over decades.

During this time they have created wealth and driven innovation. The two sectors identified are:
- Drilling Contractors
- Engineering Design Houses

So what would energy transformation look like for these businesses?

The future of sustainable energy could well become inextricability linked to Carbon Capture and Storage, (CCS). We are simply not able to “turn off the taps” of oil and gas in the short and medium terms, and as such we have to find a way to minimise the emissions to atmosphere caused by using hydrocarbons. CCS provides this opportunity. The Acorn project in the North Sea is a prime example where emissions from the St Fergus refinery will be captured and sequestered in deep rock formations offshore.

With the scale up of carbon capture and storage there will be a requirement to drill additional wells for storage of CO2. Subsea control systems, pipeline engineering, installation, commissioning and operation will all be required. This is complimentary to the existing skillset of the oil and gas sector.

Similarly, there is now an increased focus on geothermal energy to decarbonise the production of oil and gas. Instead of drilling for hydrocarbons the drill rigs could exploit geothermal hot spots. In other instances, geothermal power plants installed on a jack-up platforms, equipped with steam turbines could generate large volumes of electricity from scorching geothermal steam.

In the UKCS where many platforms are situated, there is a relatively thin earth’s crust; approximately 10 km thick compared to 40-70 km thick on land. This gives the wells their high bottom-hole temperatures.

Heat from these wells could be employed to generate electricity on board the platform that could in turn be routed to the UK’s national grid via subsea cables. North Sea platforms have the advantage of being surrounded by cold sea water, which is at a much lower temperature than the onshore air cooling towers that are the conventional means of condensing a generating plant’s working fluids after they have passed through the turbines.

The product which is both renewable and CO2 free electricity can be transferred in subsea cables to customers. Companies are already exploring potential of geothermal energy offshore. With the support and expertise of drilling contractors this form of alternative energy could become a reality.

In our bid to drive energy transformation we are building up the requirement of new minerals and materials being required. For example for the mass production of battery technology there will be the potential to drill for lithium rich brines. Similarly instead of drilling for hydrocarbons, what it we used the drilling techniques developed over year to repurpose subsurface locations. Drilling for and washing out salt caverns for the storage of hydrogen. This could potentially be done in tandem with the exploration of gas, where the gas is used for the production of blue hydrogen.

Finally the casing technology developed by drilling contractors could be brought to the fore, by lining new or existing casings with nickel steel carriers making them compatible for transportation of hydrogen.
The opportunities are there; it just takes the drilling contractors to think differently about how they perceive the market and make strategic decisions to develop new revenue streams.

We have already said that oil and gas will remain a part of the energy mix going forward. But we now know that technology already exists to make facilities of the future, “zero emission”. Design houses can create these facilities and associated subsea infrastructure to meet these zero emission targets. But this is not enough, we now have to future proof the design of our facilities for both the production of hydrocarbons in the short term and for the production of alternative energy in the longer term.

Imagine a facility that is 100% emission free, a combination of electrification from fixed or floating wind, battery packs and hydrogen fuel cells providing power to a fully operational platform. A facility that is designed with the future in mind, to be repurposed for future energy needs, when the oil and gas reservoirs have depleted.

This creates the opportunity for design houses to invest in their people and start upskilling and training their staff in hydrogen. All whilst engaging in new R&D programs to drive subsea marine technology in hydrogen production, transportation, compression, storage and transportation.

Engineers could design platforms to be reused, perhaps as a substation for offshore wind or as an offshore electrolysis plant for the production of green hydrogen. Green hydrogen is produced from renewable electricity via an electrolytic process. This will extend the life of the facility, ensure that the capital cost for installation is spread over a longer period and ensure that sustainable energy can still be generated, even after the oil and gas has been exhausted.

“The gulf between today’s carbon prices and the actual cost of emissions to our planet is unacceptable.” Angel Gurría, OECD Secretary-General, September 2018.

We are now on the road to COP26, the world is closely watching the oil and gas industry. There is without doubt, a level of scepticism about the intentions of oil and gas operators to drive energy transition.

However it also has to be noted that governments, international agencies, investors and society in general are demanding more. This coupled with the potential rise in the cost of carbon will ensure that sustainable energy is not just a social or scientific choice, but an economically driven decision.

The energy transition ecosystem has the potential to meet our energy demands, provide a sustainable source of energy and secure skilled jobs. In a mature basin like the UK North Sea this is not a choice, but an imperative!

John Butler is an accomplished business manager and project management practitioner, with over 20 year’s marine and offshore engineering experience. A Chartered Engineer and a Fellow of the IMarEST he started his career in the merchant navy. Having worked at TechnipFMC, Jacobs Engineering and Wood, John has amassed a wealth of knowledge in engineering design, delivery and installation of offshore projects. John is also an experienced mentor and technology integrator having worked with OGTC TechX program supporting development of new technology companies.

Progress in a Pandemic