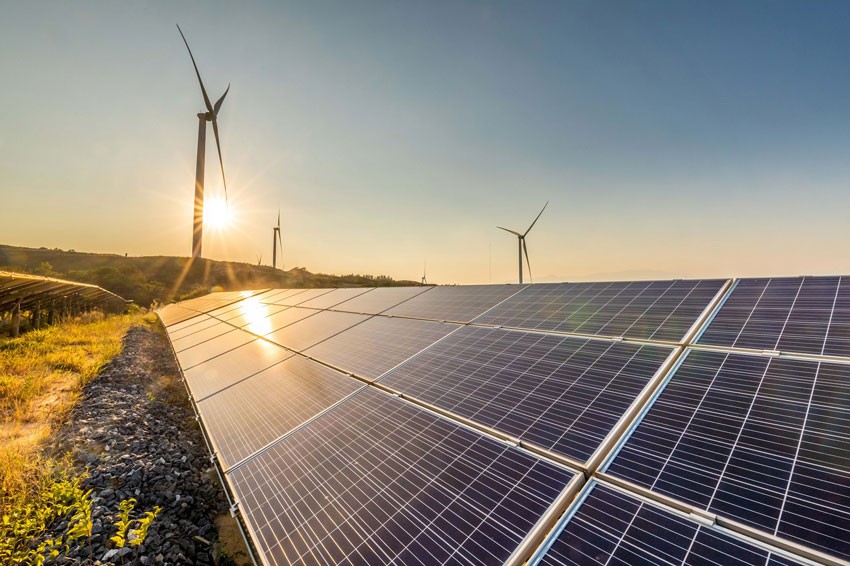 China will aim to ensure that its grids source about 33% of power from renewable sources by 2025, up from 28.8% in 2020, the state planning agency said on Wednesday in a new "five-year plan" for the renewable sector.

China's total renewable energy consumption is set to reach about 1 billion tonnes of standard coal equivalent (TCE) by 2025, as the country bids to raise the share of non-fossil fuels in total energy use to 20%, the National Development and Reform Commission (NDRC) said.

Non-fossil fuels accounted for 15.4% of total primary energy consumption in 2020.

Climate groups were hoping that China would set a strict energy consumption target for 2025 as it prepares to bring total greenhouse gas emissions to a peak before 2030.

Though China has yet to announce a formal energy cap, the new non-fossil fuel energy consumption figure implies that total primary energy use could reach 5 billion tonnes of standard coal by 2025.

The NDRC said renewables would account for more than half of new energy consumption growth from 2021-2025 period, but China still has leeway to build more fossil fuel-fired power plants over the period as it focuses on improving energy security.

China is aiming to start cutting coal consumption in 2026, but in the meantime could put as much as 150 gigawatts of new coal capacity into operation by then, according to research from the State Grid.