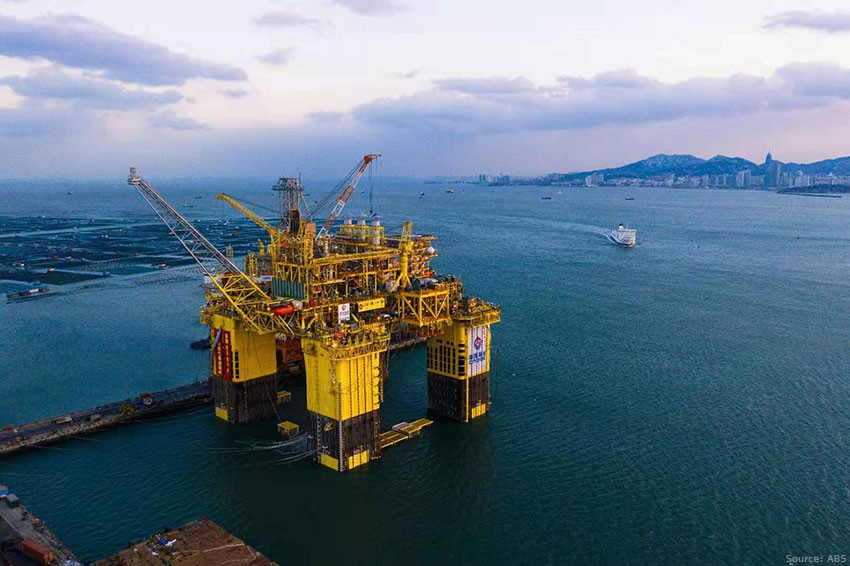 The Lingshui 17-2 gas field is located in the Qiongdongnan Basin, in the South China Sea with water depth of approximately 1,560 meters.

It was the first large-sized deepwater discovery, with proven geological resources of natural gas exceeding 100 billion cubic meters, made by independent exploration, proving the great potential of the deepwater area of the South China Sea.

A new semi-submersible production platform has been built, with condensate oil storage capacity, a mooring system, as well as a set of underwater production system and subsea pipeline. The giant platform was classed by ABS and launched in January 2021. A total of 11 production wells are planned.

Subsea 7’s vessels, Seven Borealis and Seven Eagle, were in charge of the subsea installation campaign at the Lingshui 17-2 project.

Announcing the start of production on Friday, CNOOC said the field is expected to reach peak production of 328 million cubic feet of natural gas and 6,751 barrels of condensate per day in 2022, with a 10-year stable production period.

After the beginning of production, natural gas will be connected to the national gas pipeline network through submarine pipelines and will become one of the important sources of stable natural gas supply for the Guangdong-Hong Kong-Hainan area, China’s oil and gas company said.

CNOOC Limited holds 100 per cent interest in the Lingshui 17-2 gas field and acts as the operator.

Wang Dongjin, the Chairman of the Company, said, “Commencement of production in Lingshui 17-2 gas field indicates the company has taken a leap towards the 1500 meters ultra-deepwater field, further releasing the company’s natural gas potential.

“In the future, CNOOC Limited will continue to enhance our exploration and development activities, strive to expand reserves and production, increase the proportion of green, low-carbon as well as clean energy, and hence to support the goal of carbon emission peak and carbon neutrality to be achieved at an early date”.