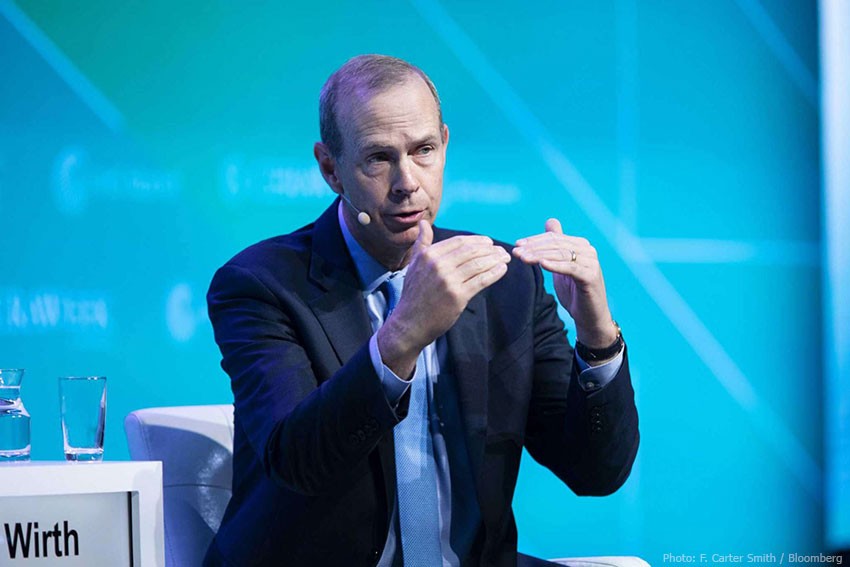 The chief executives of Chevron and Saudi Aramco said they see a big role for natural gas even as the world shifts away from fossil fuels to renewable energy.

“Clearly, (natural gas) has a very important role in the lower carbon economy that we’re all working toward and may have a role in supporting hydrogen and new opportunities to commercialize gases of the energy future,” Chevron CEO Mike Wirth said Tuesday at CERAWeek by IHS Markit energy conference.

California-based oil major Chevron and Saudi Aramco, the state oil company of Saudi Arabia, said at the virtual Houston energy conference Tuesday that they are investing heavily in natural gas, considered a cleaner source of fossil fuel energy than coal and crude oil. Saudi Arabia expects to have 50 percent of its kingdom powered by natural gas and the other 50 percent powered by renewable energy by 2030.

However, there is so much natural gas produced as a byproduct of crude oil production that some of the gas is being flared, or burned off, in prolific oil regions such as the Permian Basin of West Texas. Natural gas contains greenhouse gases such as methane, which is 84 times more potent than carbon dioxide in warming the planet.

“Not that long ago, natural gas was seen as a bridge fuel for the renewable future, but now sentiment has somehow turned due to concern about fugitive methane emissions.” Saudi Aramco CEO Amin Nasser said. “Our view is that gas still has better credentials over other fuels and it will grow significantly ... especially for power generation and for industrial and commercial use.”

Chevron and Saudi Aramco said it is incumbent on oil companies to do everything they can to reduce and eliminate methane emissions. The companies are implementing more robust monitoring to catch leaks and installing gathering lines to cut back on routine flaring. Wirth said he expects more regulations to curb methane emissions from the Biden administration.

“I think the technology and incentives exist to do robust monitoring and reporting on methane emissions and ensure that natural gas is seen for what it truly is, which is a very important part of the energy mix going forward,” Wirth said. “As we’ve seen recently in Texas (with the winter storm) and not too long before that in California (with wildfires), when the demand on a grid are at an elevated level, we need to be sure that we’ve got reliable grid management and reliable power supply. Today, natural gas should play a very important role in that.”