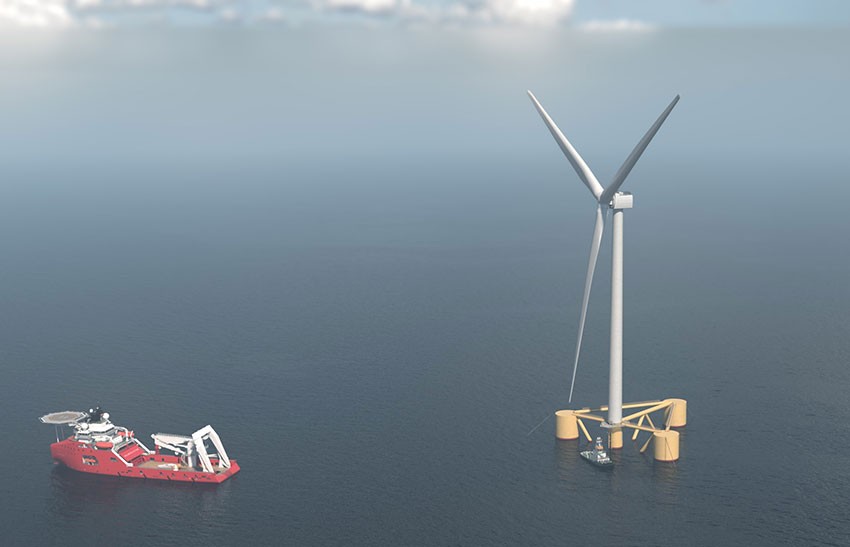 Green infrastructure developer Cerulean Winds has signed an agreement with px Group, the UK’s leading operator of large-scale industrial facilities, as it moves to progress its plans for an integrated 200-turbine floating wind and hydrogen development in the North Sea.

The Cerulean proposal has capacity to generate 3GWh of power, enough to electrify the majority of offshore facilities, reducing CO2 emissions by more than half from 2025. An excess of 1.5 GWh of power would be diverted to onshore green hydrogen plants.

The three onshore hydrogen sites would be located in the North of England, North-east Scotland and on Shetland.

Under the agreement, px Group would be responsible for lease and ownership arrangements for the sites and for obtaining planning permissions and permitting. This would include obtaining the outline approvals prior to more detailed engagement with local government, regulatory and environmental stakeholders.

px Group, which owns Saltend Chemicals Park in Humber, manages, operates, and maintains some of the UK’s largest industrial facilities, including the NSMP St Fergus Gas Terminal near Peterhead. This new agreement would see px Group operate the hydrogen generation facilities and the associated onshore infrastructure, including the onshore substations and grid connections.

“The North Sea Transition Deal calls for a reduction in offshore emissions of 10% by 2025, rising to 25% in 2027 and 50% by 2030. The Cerulean proposal would exceed these targets. Crucially though, the green power would be used to generate green hydrogen which can be used to decarbonise other industrial sectors.

“That lines us up to put us on a par with other countries such as Germany which has taken the decision to decarbonise its heavy industries and is actively looking at how to use green energy from windfarms to do that.”

Geoff Holmes, px Group CEO said: “We are delighted to be working with Cerulean on this potentially ground-breaking project.  As an owner and an operator, px Group has over 25 years hands-on experience in developing cleaner energy projects and reducing emissions.  Operating and managing infrastructure which supports the UK’s energy transition is core to our business and we are thrilled to be able to support the decarbonisation of offshore facilities in the North Sea.”

The progression of Cerulean’s £10 billion green infrastructure plan hinges on a decision from Marine Scotland. The company has made a formal request for seabed leases, asking that the Scottish and UK governments make an “exceptional” case to deliver an “extraordinary” outcome for the economy and environment.

A favourable decision, says Cerulean, must be made by Q3 this year to progress the scheme to meet the timescales set out in the North Sea Transition Deal.

“Timing is absolutely crucial in this,” said Mr Jackson. “Everything hinges on those leases being granted, even conditionally, by this autumn so we can move ahead on schedule. The risk of not moving quickly on basin-wide decarbonisation would wholly undermine the objectives set out in the North Sea Transition Deal and delay the potential of making a significant impact on reducing emissions from onshore industrial assets.”