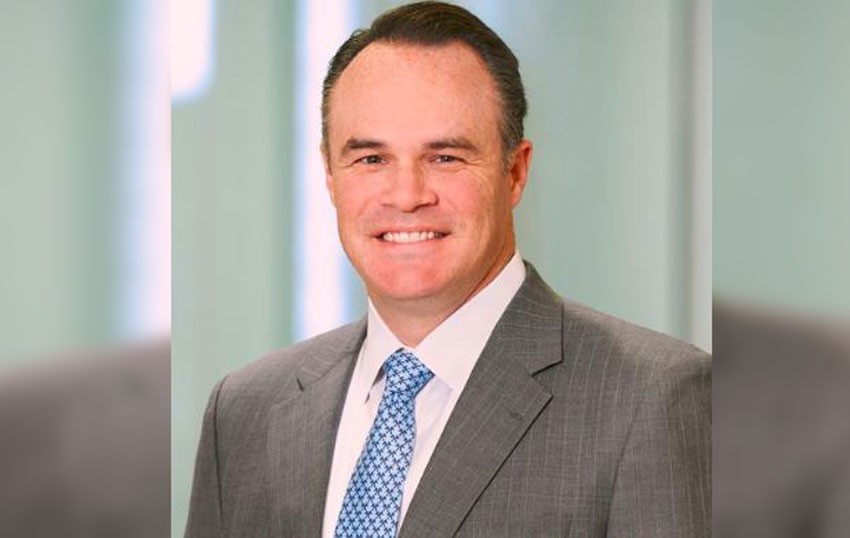 CEO sees no slowdown in US production

Mike Sommers, previously the chief of staff for former Republican House Speaker John Boehner talked with The Associated Press about the energy industry, climate change, offshore drilling and a number of other issues.

Q. The U.S. is now the world's biggest oil producer. What does that mean for the industry and investors?

A. The most important component is what it means to the United States. It's given our lawmakers an incredible amount of flexibility to help lead the world. No longer are we subject to the whims of an oil cartel in the Middle East. We're the world's swing oil and gas producer, and that's exciting for American leadership.

Q. At a recent big energy conference in Houston, there was talk by Shell and BP about investing in renewables. Are U.S. oil companies going to be left behind?

A. I don't think there's any threat of them being left behind ... They are committed to reducing their methane emissions.

Q. Are you worried about Norway's sovereign wealth fund reducing its oil and gas holdings? Could other investors follow?

A. This industry of course relies on the availability of capital, and you know we're continuing to focus on making sure that investors in this industry understand everything that this industry has done to reduce the environmental footprint while meeting consumer demands for more affordable energy.

A. The reports that we look at, particularly (the U.S. Energy Information Administration), project that this continued production within the United States is going to go on for a long time. The United States as a leader in this space is good of course for the American consumer, but it's good for American industry as well. The (International Energy Agency) report that I recently saw was that even under the rosiest scenarios for renewables, oil and natural gas will still provide over 50 percent of the world's energy needs in 2050. So the future is bright for this industry.

A. We need access to these offshore resources to continue to supply the American consumer's demand for these products, so we're working with the administration to make sure that these resources are available (for) the opening up of new resources off both the Atlantic coast and the Gulf of Mexico.

Q. You've given up on the California coast?

A. Our focus is really on the Atlantic and continued exploration in the Gulf Coast.

Q. Are you happy with the Trump administration on energy?

A. This is an administration that has really focused on what they call the energy-dominance agenda, and I think that they have been really focused on making sure that consumers have access to safe, reliable and affordable energy that is also produced in an environmentally-sustainable way. That's what this industry delivers on every single day.

Q. In your state of the industry speech, you seemed to dismiss the Green New Deal.

A. We know that climate change is real, but we also know that the solutions to climate change have to be real as well. This country has undergone a real energy revolution in the last 12 years as a consequence of the fracking boom in the United States, and that has allowed for (a shift) from coal to natural gas, and that has led to the air being cleaner today than it has been in a generation.

Q. Are environmentalists wrong because they think we should move directly to renewables and not use natural gas as a so-called bridge fuel?

A. Of course wind has a future in the United States, and of course so does solar, but natural gas has to be around when the sun doesn't shine and the wind doesn't blow. Consumers are demanding more sustainable fuels. This industry is responding to that, but they also continue to demand that those fuels be affordable, and that's what natural gas has delivered on and will continue to deliver on I think for many, many generations to come.

Q. Even in places like the Permian Basin in West Texas there is some local opposition or concern about the impact of fracking on water use, truck traffic and pollution. What's API doing about that?

A. One of the reasons why those continue to be concerns is because we don't have the infrastructure built up to support the energy boom. So I do think that those issues are going to continue to diminish as we are able particularly to build pipelines to these communities to support the boom that's going on, particularly in the Permian. But you know some of the same people that are complaining about that environmental impact of trucks, etc. are also those that are blocking the infrastructure. There are new technologies that are being advanced in the oil fields today to make sure that we are recycling water, for example.

Q. What do you dislike about the administration's trade policy?

A. We are very concerned about some of the ... trade policies that have come from Washington over the last couple of years. For example, there's a company in Midland, Texas, that can't complete a pipeline because they can't get the steel that need they need as a consequence of some of the quotas that have been imposed. We need to get those quotas and those tariffs eliminated as quickly as possible. We also have concerns about the ongoing trade fight with China that has led to tariffs on U.S. LNG (liquefied natural gas). Once you lose those markets they are hard to get back, so we're hopeful that the administration's efforts to get to end the trade war with China prove fruitful very soon.