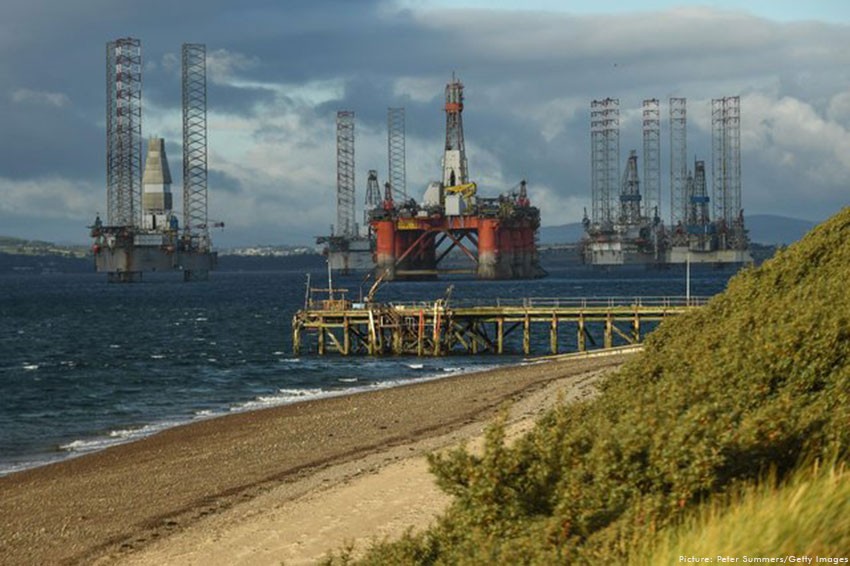 Some campaigners believe the Cambo oil and gas project off the coast of Shetland should not go ahead. Actually, it would be far worse for the environment if domestic oil and gas production fields like Cambo are halted.

Some 75 per cent of the UK’s energy needs are currently met by oil and gas. The UK government’s advisory body, the Climate Change Committee (CCC), has said the UK will still need oil and gas for decades to come.

Stopping production from fields like Cambo will not stop the need for oil and gas. Instead, the country will have to import it from overseas – frequently from countries with higher emissions and less commitment to act on them.

Retaining domestic production is therefore essential to both ensure the continued supply of the energy we need and to enable us to move faster to a lower carbon future.

But we all know – and agree – that emissions must come down. So, during the time that we still need oil and gas, the key must be to produce them with as low a level of emissions as possible so that we can still heat our homes, run our cars and power our industries as our country moves to lower-carbon energy.

Helpfully, the UK’s changing oil and gas industry has decades of expertise in developing the technologies that we need to tackle climate change head-on. And we have a plan. Through the North Sea Transition Deal – agreed with the UK government in March this year – we are accelerating home-grown, greener energies and dramatically cutting emissions – not just in our sector, but across the UK.

This was reinforced last week with the publication of the Transport Decarbonisation Plan by the UK government – and the recognition of the need for our sector’s skills and resources for electrification, hydrogen and new biofuels and synthetic fuels.

Over the last eight years, emissions from our industry have fallen by 16 per cent. We will cut them by 50 per cent over the next ten years, and 90 per cent by 2040. By 2050, we will have made the UK Continental Shelf a carbon-neutral basin, reduced emissions by 60 million tonnes – that is the equivalent of taking 2.5 million cars off the road – and we will help the UK achieve its climate goal of net-zero emissions.

Oil and gas produced here in the UK has far a lower emissions intensity than many of the key imports – such as liquified natural gas – and we are committed to do ever better.

Projects like the Cambo field are part of a low-carbon journey that will support energy security, jobs, the economy and the net-zero future that everyone wants to see.

Like all future UK oil and gas projects, the Cambo field is designed with lower-operating emissions in mind. It has been built 'electrification-ready', with the potential to import renewable power when it becomes feasible in the future. It is in line with the industry’s decarbonisation targets, and it is included in the country’s long-term energy projections.

Production from the Cambo field will help to power the country and be used to manufacture everything from medicines and clothes to laptops and even solar panels. While we are still going to use oil and gas, we should produce it here in the UK from fields like Cambo.

Cambo is not a new project despite how it has been portrayed by some. The Cambo exploration licence was granted back in 2001. Bringing such oil and gas projects to the development stage is a lengthy process involving rigorous assessments of environmental management, safety considerations and decommissioning responsibilities as well as extensive engagement.

The UK oil and gas industry is changing. It is increasingly apparent to more and more people that our sector and its workers are a key part of the solution, and that its 50 years of global energy expertise is one of this country’s biggest assets in the fight against climate change.

The oil and gas sector itself only contributes around four per cent of the UK’s total emissions, although we are working to make this zero through our carbon offset plans and our commitments.

Campaigners would therefore have a bigger impact on tackling climate change if they urged governments to urgently develop the policies that are needed to significantly reduce consumer emissions, from the likes of vehicle use and gas boilers, in an affordable and practical way.

The landmark North Sea Transition Deal, which is a blueprint for a fully-carbon neutral UK basin by 2050, underpins a world-leading approach.

The North Sea Transition Deal will help all other future fields in UK waters become cleaner, with £16 billion worth of investment being unlocked to scale up carbon capture and storage as well as hydrogen.

Investment will also be provided for platform electrification, reduced flaring and venting, and carbon dioxide transportation and storage infrastructure – all of which will make the production of oil and gas comparable to renewables and therefore contributing to the low-carbon future.

The UK’s oil and gas companies are at the forefront of developing all of these different energies, as well as renewables like wind, tidal and geo-thermal. So, we must avoid prematurely draining these key players of their resources when they are so central to successfully tackling the climate crisis.