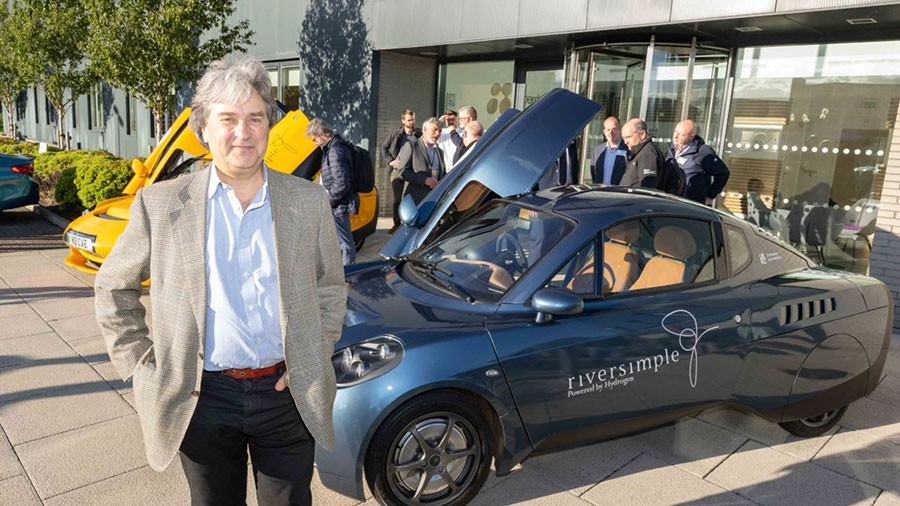 One of the world's most exciting new cars arrived in Aberdeen yesterday as its manufacturer resumed talks about a move to the city.

Riversimple - the company behind the pioneering Rasa hydrogen vehicle - is considering locating a 150,000sq ft manufacturing plant in the North-east, should the region win Green Freeport status

Yesterday, following a minute's silence to mark the passing of Queen Elizabeth II, business leaders got to see the cars up close at a special event held by Aberdeen & Grampian Chamber of Commerce.

The Riversimple plant would produce over 5,000 vehicles per year. The company is currently beta testing a small fleet of Rasas, with a new car also under development for production.

The company’s founder, Hugo Spowers, believes the two-seater eco coupe is “the most energy efficient car on the planet”, and the BBC’s Top Gear has billed it as “the car which wants to save the world”.

Oxford University trained engineer and entrepreneur Mr Spowers – who was made an MBE in June – has visited the North East Scotland on several occasions to scope out potential sites after initially being invited by the Chamber.

Riversimple has since signed a letter supporting the North East Scotland Green Freeport bid, saying the tax status, together with the world-leading energy sector supply chain already based in the region, would “significantly increase” the likelihood of the company investing.

The engineering of Riversimple cars is highly unique compared to other vehicles on the market. The hydrogen in the fuel cell goes via a proton exchange membrane, where it interacts with oxygen to generate water and electricity. The electricity is then routed to the motors located in each wheel. These motors are compact, lightweight, and provide four-wheel drive to the vehicle.

When the car stops, the kinetic energy that is commonly lost as heat gets caught as electricity. This electricity flows into a bank of supercapacitors at the front of the car as the car slows.

The Riversimple Rasa has a 300-mile range while emitting just water and delivers more than 200 mpg equivalent. It has a top speed of only 60 mph, but because of the car's clever construction, it reaches that pace in under 10 seconds.